We arrived at Herring Cove Provincial Park and set up basic camp and went out to explore. We checked out the Roosevelt Cottage and learned all about the family. I was impressed that the house had no electricity! I learned that there were two dogs that belonged to the Roosevelts. One was Anne Roosevelt’s dog named Chief and the family dog, Fala. 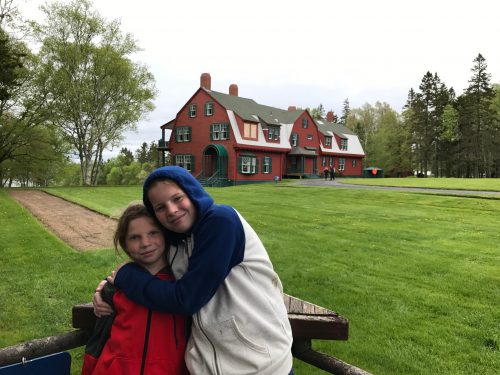 Eleanor Roosevelt used this exact megaphone to call the children in for meals and other activities. 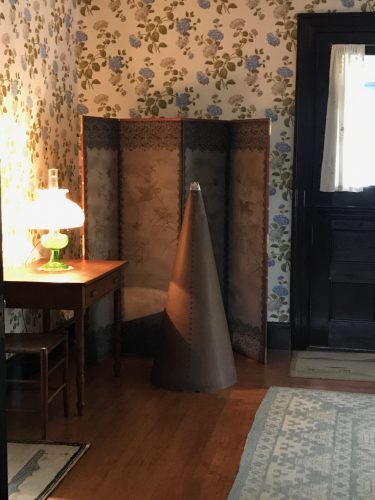 The kids had to do school in a little classroom upstairs. 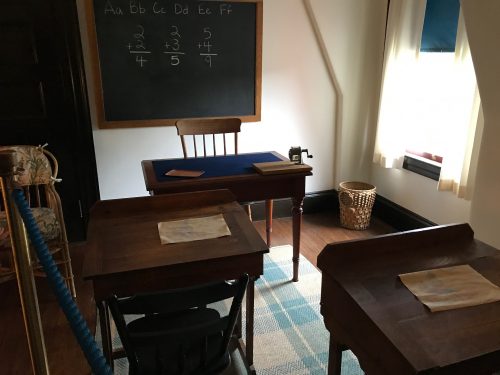 The house had no electricity but this servant call station ran on a battery. You pushed a button in the room you needed help and it would ding in the kitchen to alert the staff. 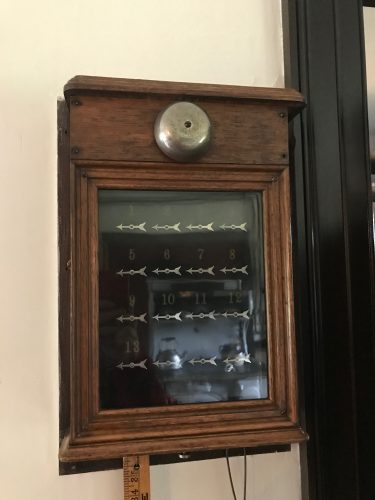 We explored all over the island. We found a cool lighthouse but could not get out to it during high tide. We opted to come back later at a lower tide. 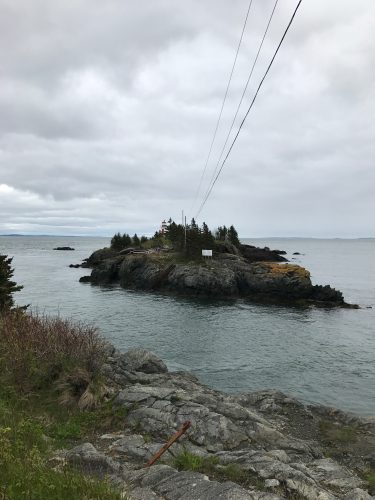 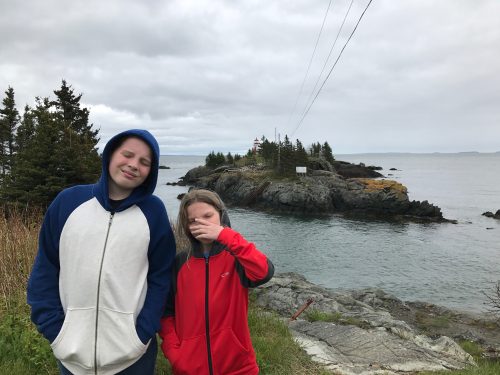 The campground was near empty. 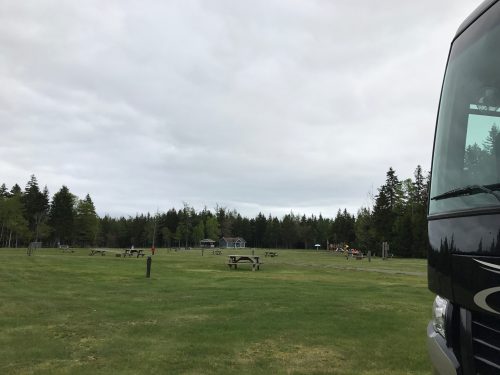 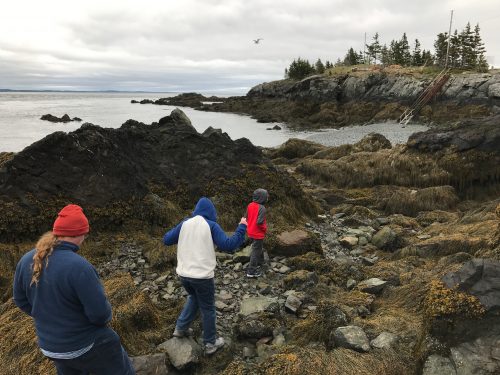 After several ladders we finally were on the right island. During high season this is a tourist trap. There were a few other people down with us. 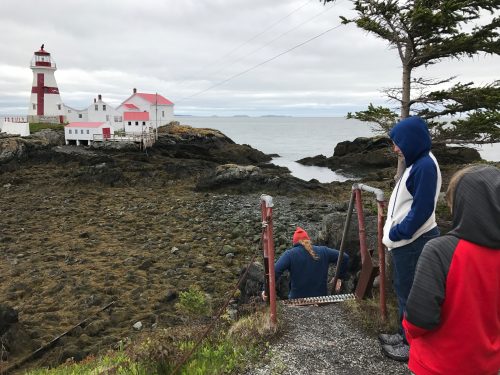 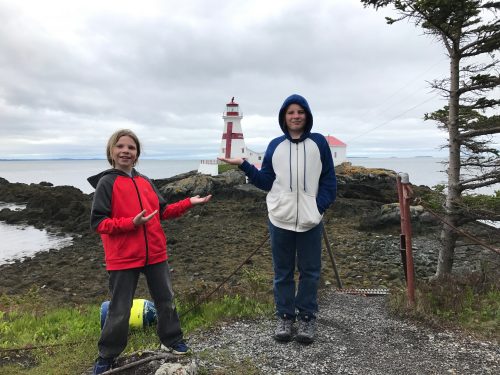 The campground was empty as I said. We had fun exploring buildings and areas. My favorite sign! 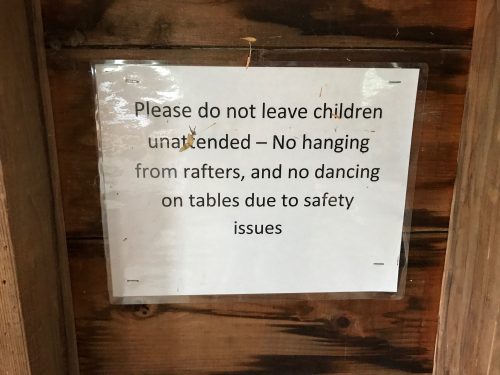 We enjoyed Tea with Eleanor on Moms 42nd birthday. We had tea and ginger cookies while listening to stories about the Roosevelts. 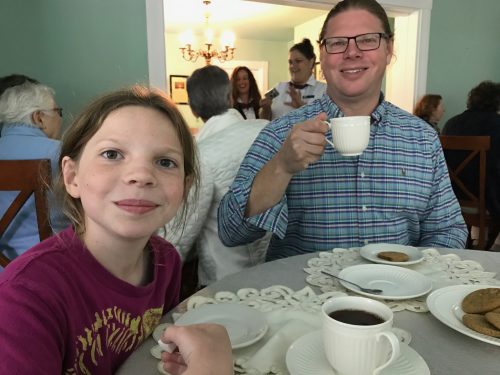 We spent the afternoon hiking and exploring the bog trails and other dirt roads. 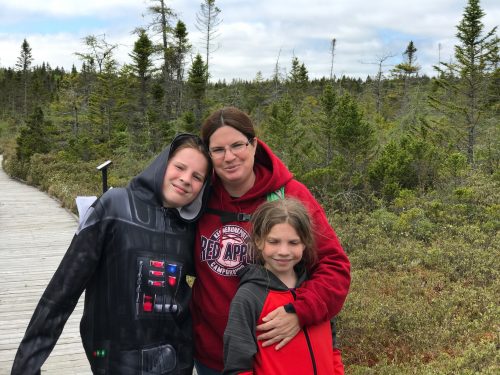 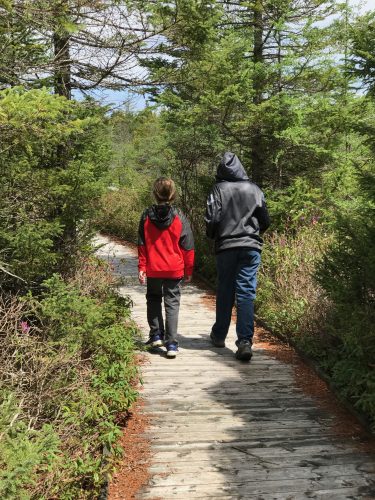 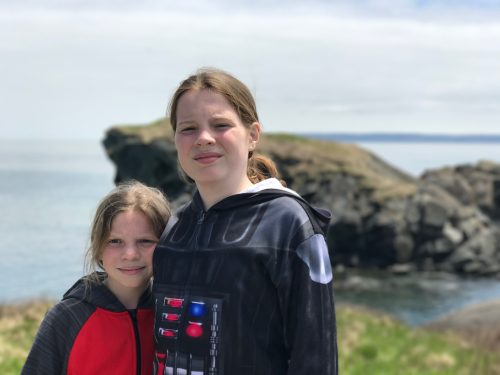 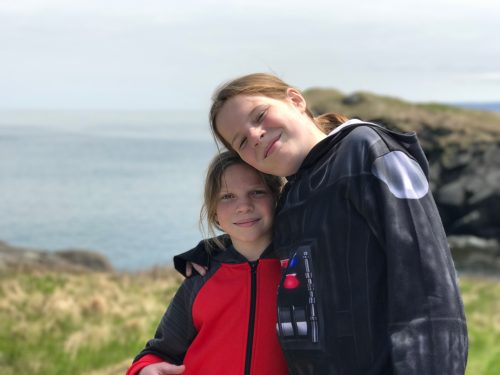 In the evening Dad and B went on a hike one direction and Mom and I went another. I wanted to walk along the beach and find a piece of driftwood. I found several but was sad with all the lobster bands I found. I collected them on a stick as I walked and then took photos of the stick for 4H for next year. Microplastics in the water are a huge concern right now. 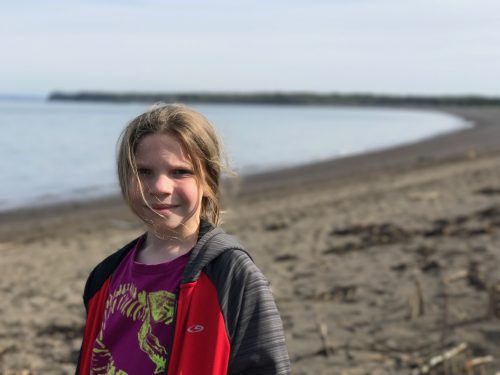 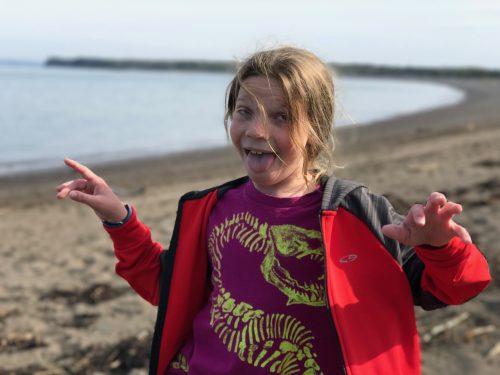 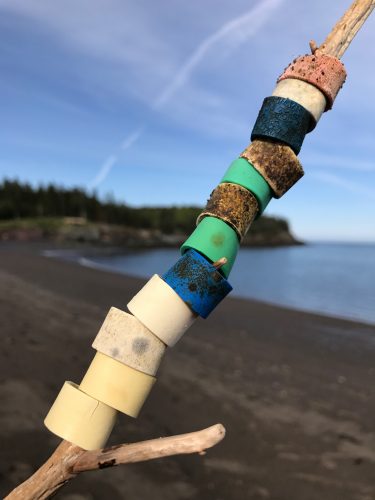 I loved the monkey bars. My hands were soft so I only went a few times across. 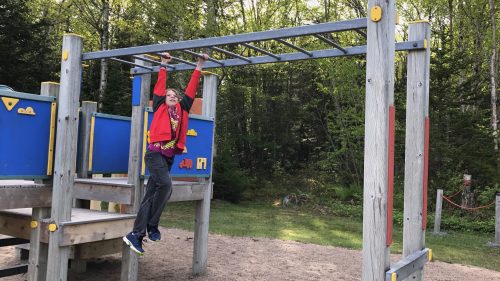 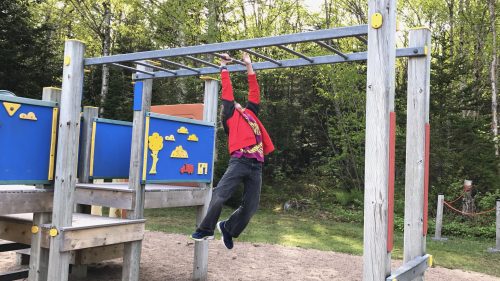 We head back to the US and towards Florida in the morning. It has been a great few weeks away. I am eager for our later summer trip!