We left St. Johns at 9:30am for the two hour drive to Argentina, Newfoundland to catch the Atlantic Vision back to Nova Scotia. We were one of the first people to arrive so we set off to explore once we cleared the spray down to remove potentially contaminated dirt that the ag divisions doesn’t want off the island!

The ship looked awesome. Much like the first one we were on but boasting more amenities like a theater and buffet dining. 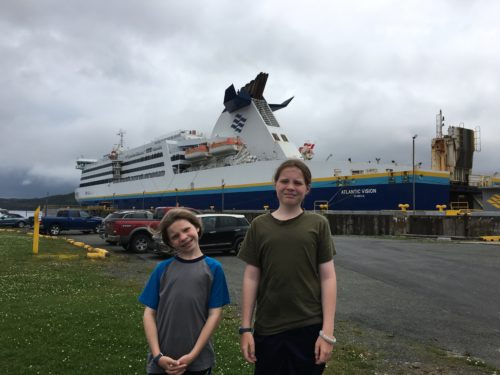 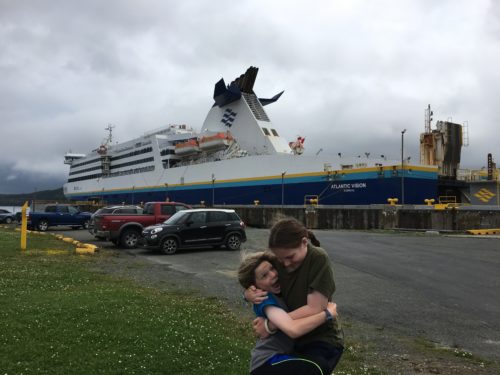 Mom nervously parked Luna on the ferry. She looks tiny next to the massive 45′ Georgetown! The driving on was very easy and Mom was happy it worked out that way. 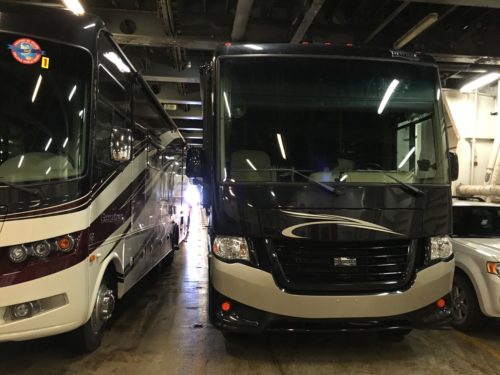 We were right near the front AGAIN. This means we will be one of the first off in the morning! 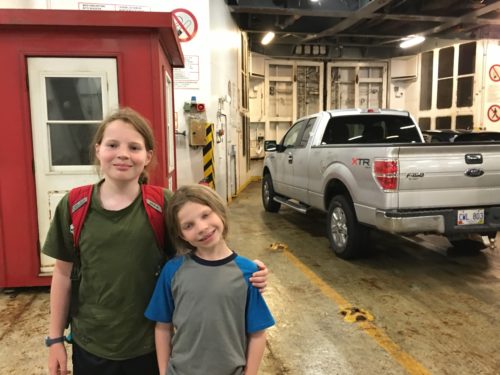 We dropped out backpacks int he cabin and headed to explore. We met some kids from Toronto and joined them in the lounge to compare apps on our phones. 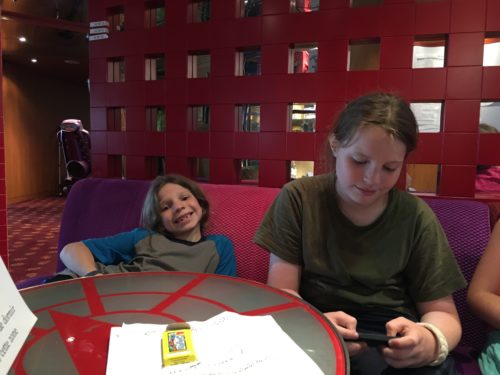 We lined up early, first in line Dad would be proud, for the buffet. Good thing we did as the line behind us EXPLODED. The price was fair, $11.50/kids and $22.50/adults. The food was plentiful and we all found things we loved. I enjoyed turkey, cheese, bread and grapes. The desserts were great too. Mom figured it was worth it since we probably would have spent the same amount if not more at the a la carte options. Up next was Wreck-It-Ralph in the ships theater. It was really just an area with reclining chairs for people who didn’t have cabins to sleep. But it was a movie theater until 11pm. 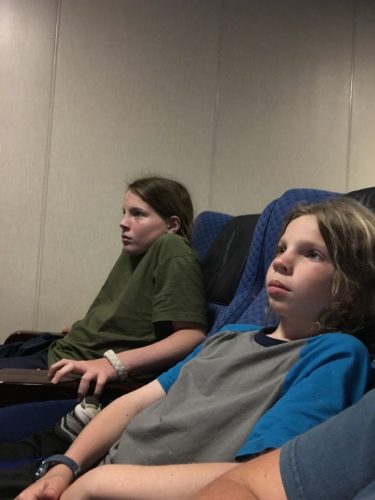 We were all tuckered after the movie and walked around a little but it was super foggy so we gave up and retired to the cabin for the night. We loved the top bunks in our berth. We all fell asleep listening to the fog horn blow every few minutes. 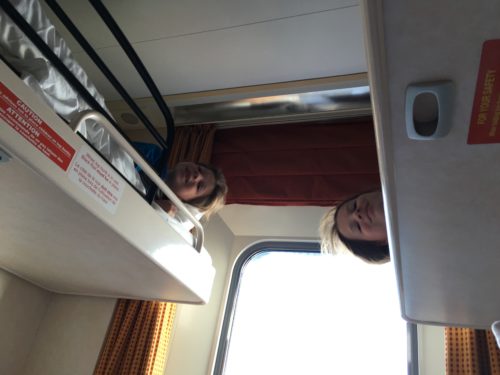 Int he morning the fog was gone and we explored the outer decks while snacking on granola bars Mom brought along. 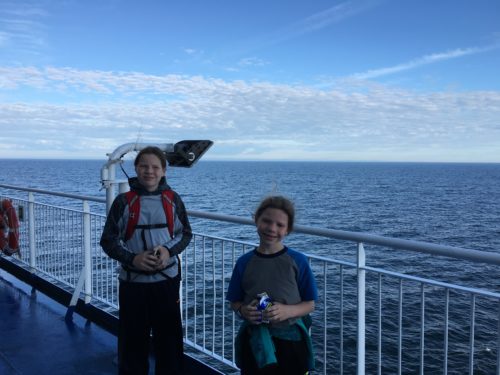 We were glad we weren’t on the outer deck! the cars were soaked with moisture. 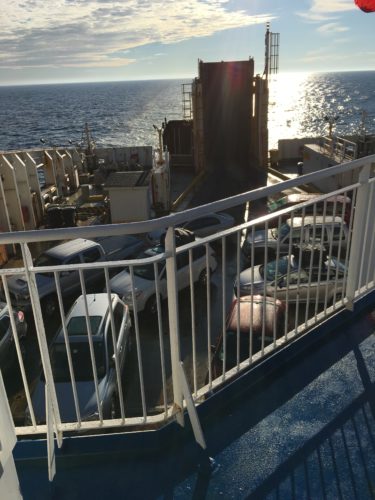 We checked out Battleship from the desk and played int he game lounge for the rest of the morning. 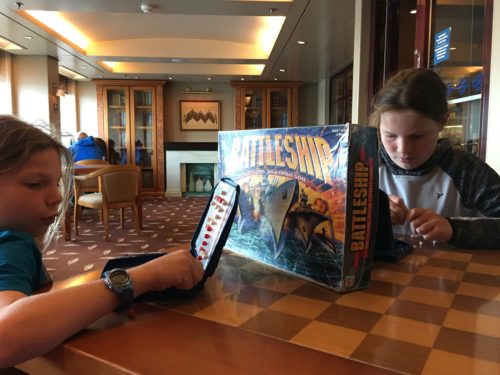 We were called to return to our cars and were the 2nd off the and on the road.