This morning we headed back to Signal Hill in hopes of getting to see the Signal Hill Tattoo. Luck paid off and the fog lifted a bit and the rain held off. We watched the group march on to the field in formation. 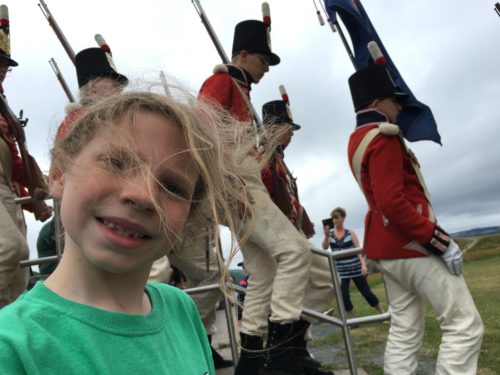 There were three regiments: a machine band, gun group and infantry. 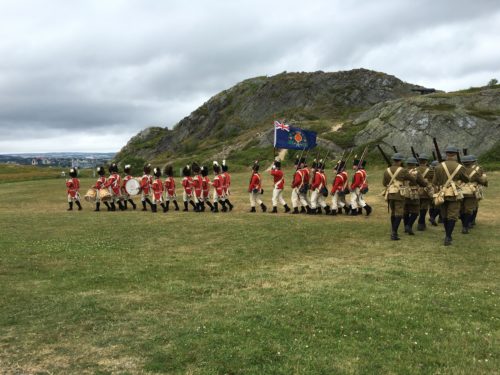 The gun group went through practice drills and fired blanks. 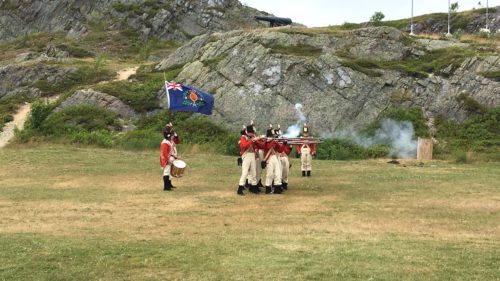 I think the infantry was the best. They went through some gas drills and had to don their gas masks until all clear was called. Then they took prone position and “fired at the enemy”. There was also a very loud machine gun in the back. It was all pretend so no real bullets just blanks. 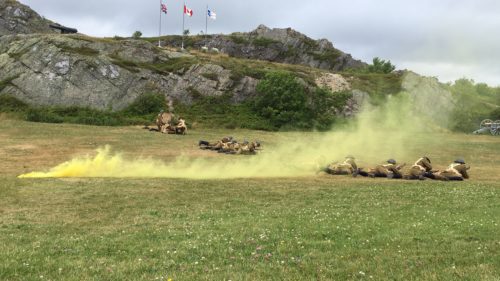 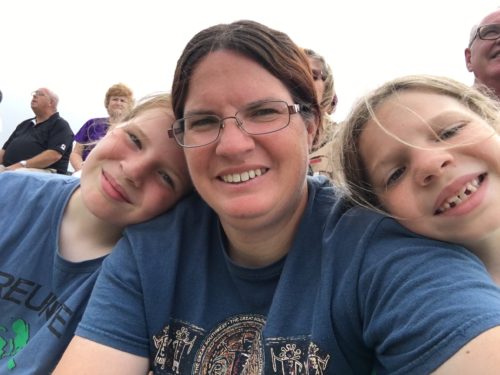 We headed over the Cape Spear again. The fog was still there. We ate lunch and then hiked part of the Coastal Trail and then grass and rock trails around the hills. 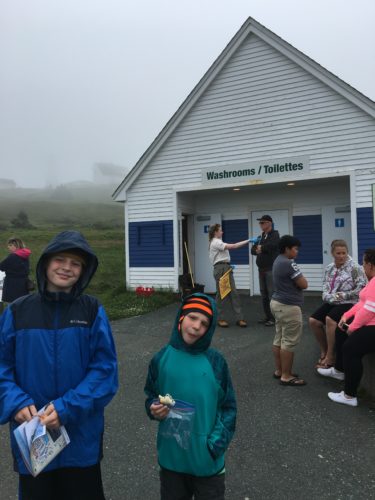 We found some cool bunkers. Mom tried to scare us when we went inside. 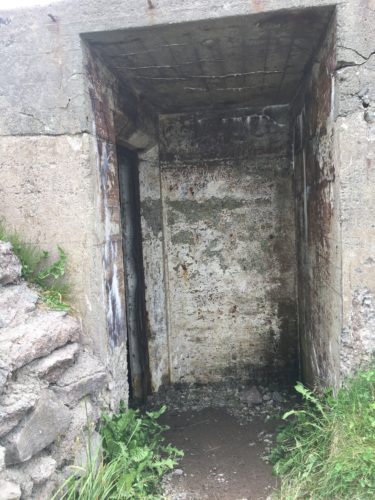 We ventured to the Most Easterly Point in North America. Oddly there was land for 50 meters in all directions from this point.

The fog lifted a little and we could actually see the craggy coastline below. 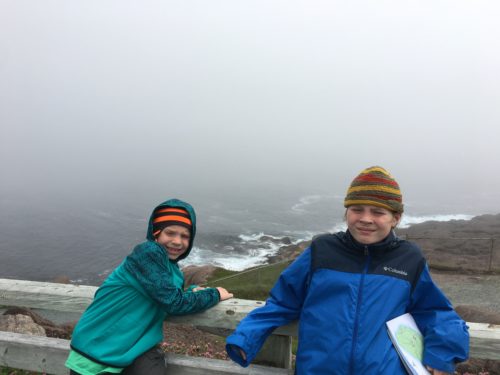 More bunkers near the lighthouse. These were from WWII. 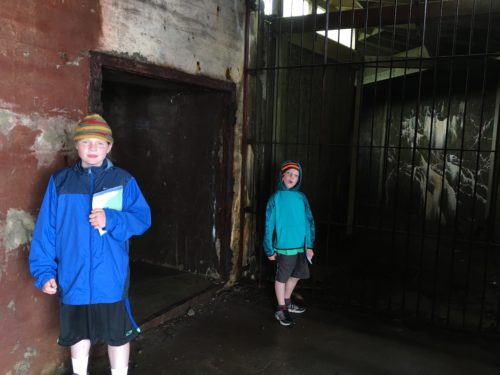 It is strange to see a lighthouse so heavily fortified. 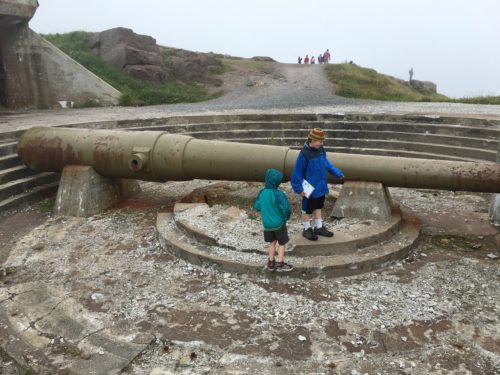 This is the old lighthouse that was used until the 1940s.

We got to go inside and try out the jobs that kids had. I enjoyed using the yolk but was glad I didn’t have to carry water up the hill from the well! 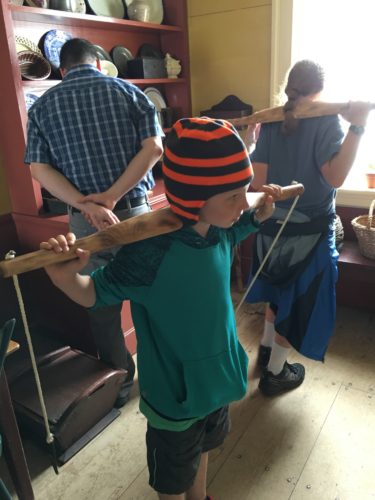 The Frugal Housewife. There were all sorts of remedied for tummy aches and more. 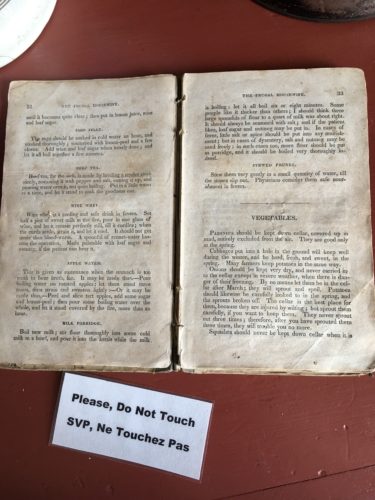 Mr. Warre (aka Chris) was on hand to challenge our brains as we worked to complete the children’s tasks int he lighthouse. 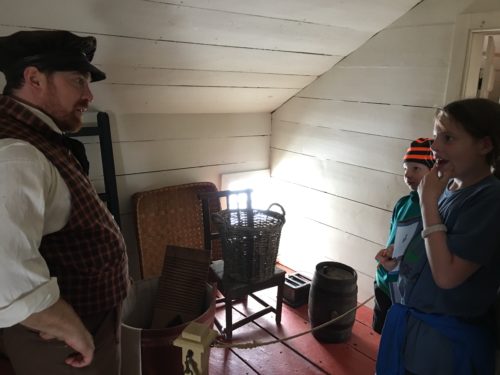 Mr. Chris was also at the campfire last night and sang Moose Alpaca with us again at the lighthouse. 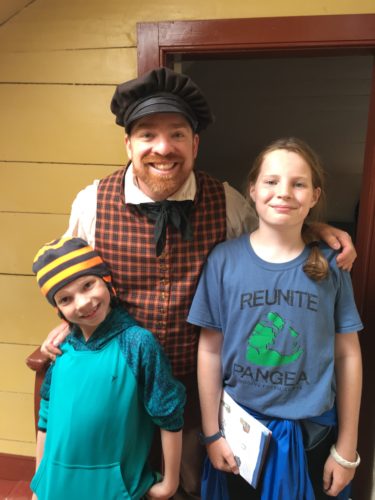 This is the modern lighthouse. It was roped off due to construction in the area but we could see it through the fog. 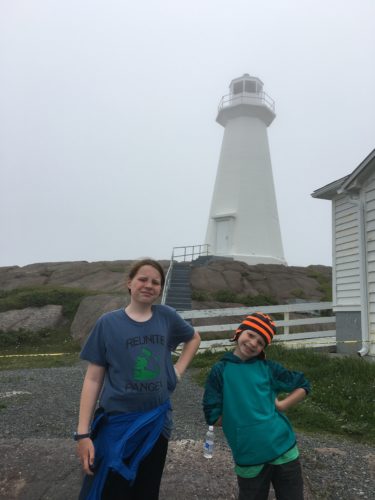 After we explored all around Cape Spear we were talking with some of the Parks Canada staff and they recommended we go check out Bowring Park. It was an amazing park. Mom drove in the open gate and we noticed we were the only people in a car? There were no parking spaces. Soon a golf cart came by and told us we weren’t supposed to be in the park with a car. Hmmm. The sign said entrance and the gate was open. We turned around and headed back out of the park. We found a parking lot a ways down the main road and headed back on foot. Weird! The guy said it happens a lot. Mom wondered why the heck the gate labeled entrance would be OPEN if you weren’t supposed to come in. We drove back by the entrance later and there are NO signs saying not to come in. *shrug*

Anyway, the part was scattered with ducks, pigeons, and even swans. The pond behind us was stocked full of koi. You could buy a bag of feed for $2 but we never found out where to do that. 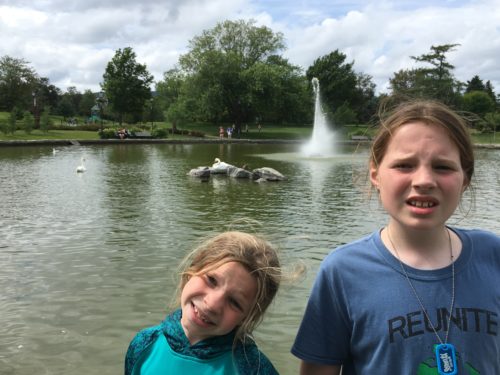 Some of the pigeons were marbled with white! They were really neat looking. This one followed us all over. 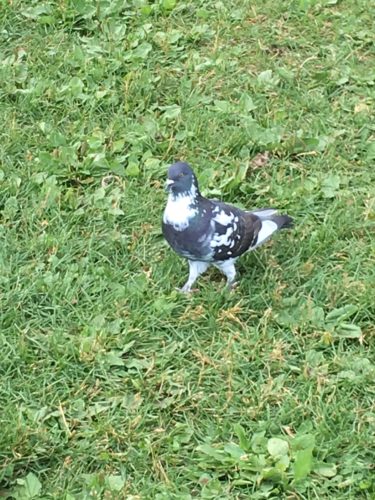 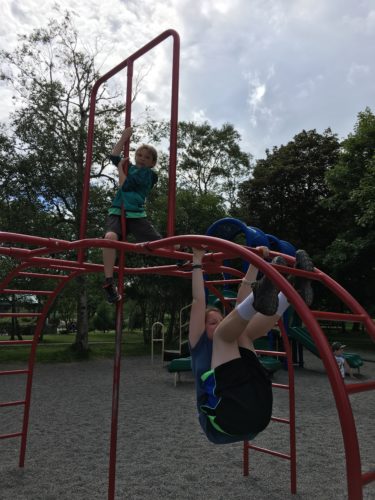