Today we went back to Red Bay. We tried hauling more logs while we waited for the center to open. 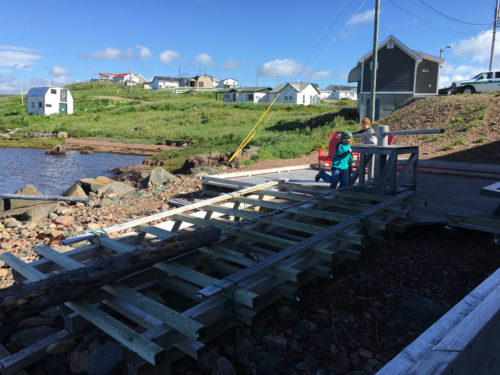 We purchased our $2 tickets for the boat shuttle out to Saddle Island and then explored the enter until boat time. We were particularly drawn to this vermin comb! I guess they had lice back them too. 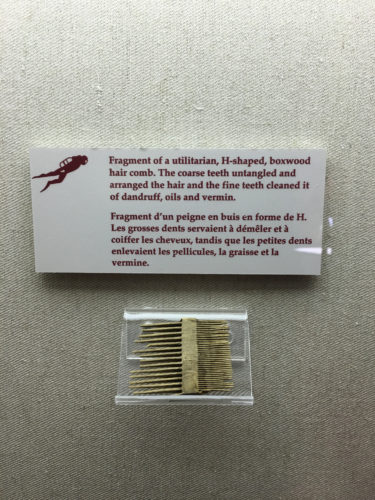 We learned more about the remains of the ships they found off the coast and how they stacked barrels of whale oil for transport to England to be used as lamp fuel. 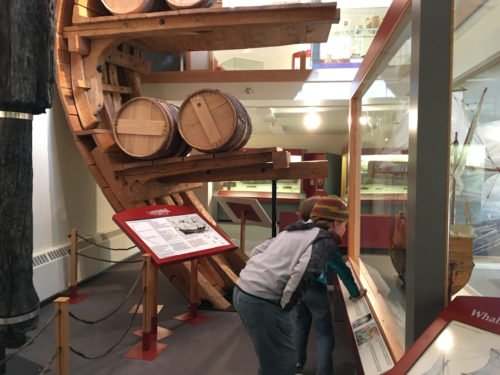 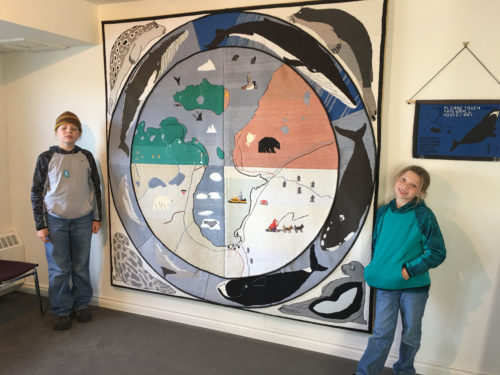 We took the boat out to Saddle Island and toured where they processed the whale fat. 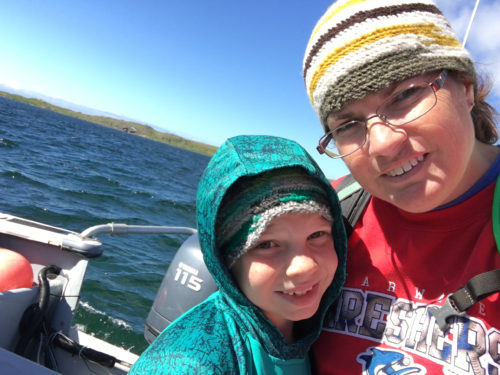 It was a lovely near 2km hike around the island with interpretation along the way. 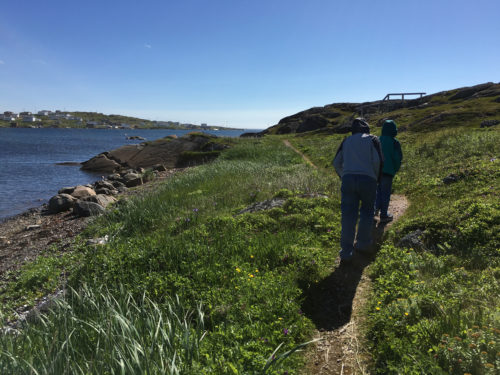 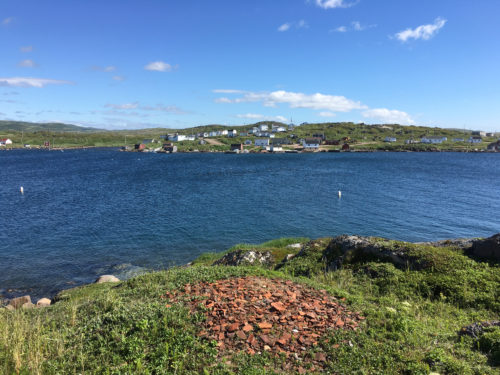 We saw a LOT of seals playing in the water and eating capelin. The capelin have finally come in so the whales were just off shore as well. 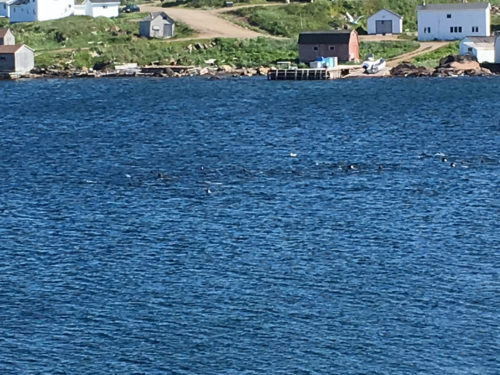 A more recent wreckage. The coasts and harbors are very dangerous here. 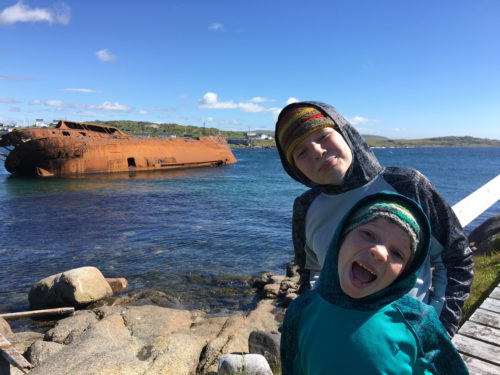 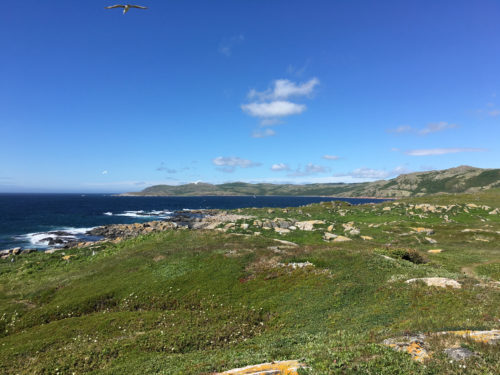 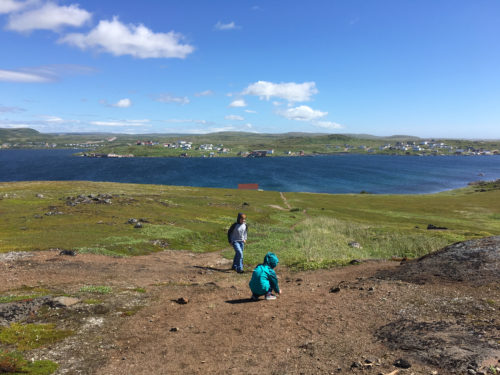 We walked up to the more modern lighthouse and learned that two families lived on the island to tend the lighthouse until it was modernized and they were asked to leave the park property. It seems the way the land of the parks was acquired left family generational homesteads to the park. People were moved off their land. This seems consistent throughout the parks we have visited. 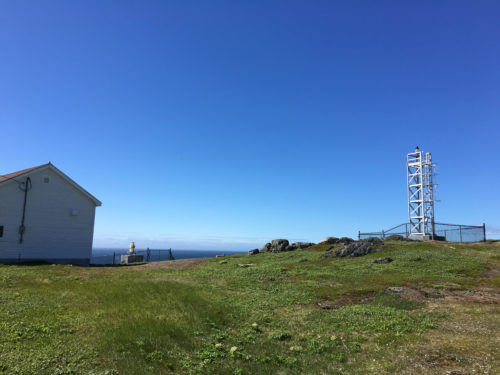 More of the pretty blue iris. 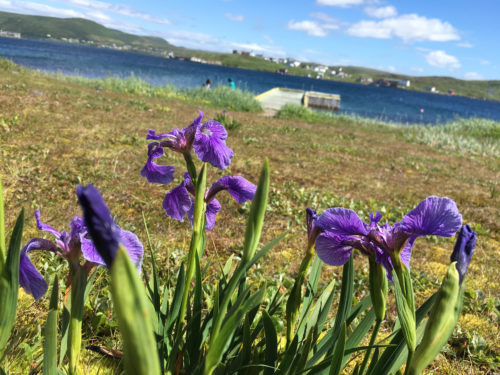 We were the only ones on the island. It felt so odd and peaceful. Our boat back was quick. The shuttle only takes a few minutes. 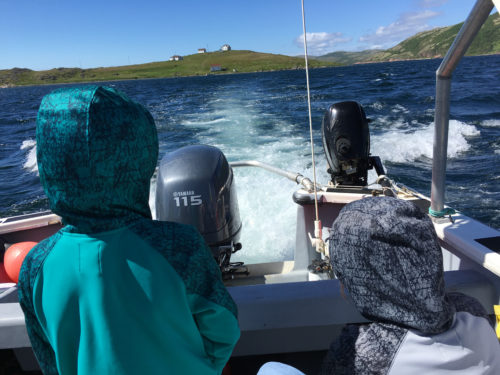 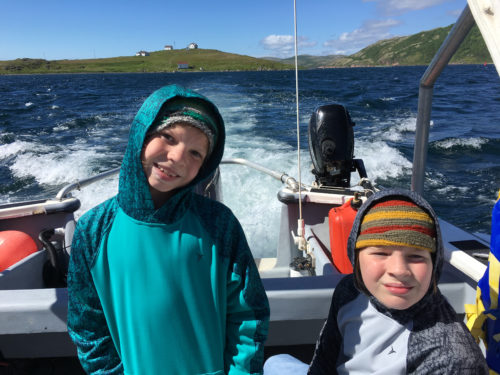 They had a mini model of the whale fat boiling pots in the center. 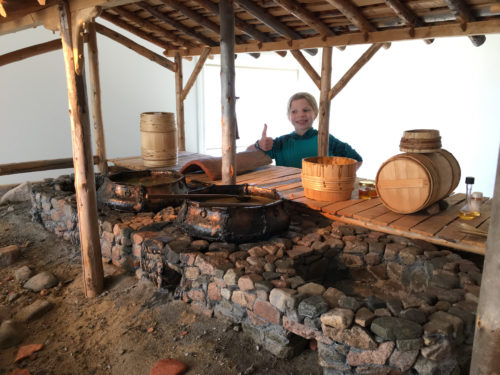 We stopped at Pinware park afterwards and hiked the point from the ocean side to the inlet. We found all sorts of shells and dead sea urchins. The wind was strong but the black flies were still there. we checked out the view from our old campsite we didn’t use and said goodbye and headed to the hotel for downtime and laundry. 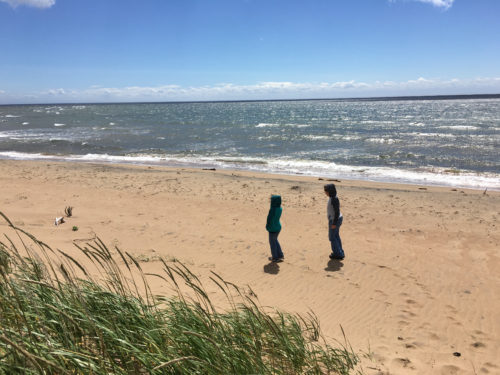 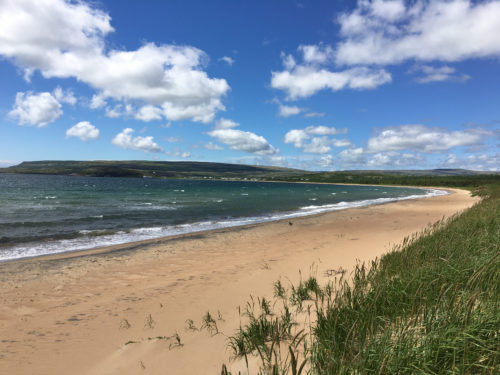 I crashed on Mom’s shoulder and was out like a light. 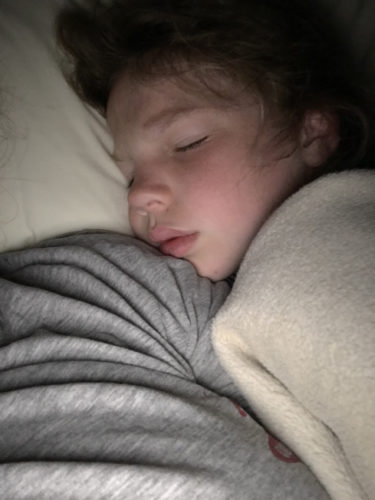