Last evening we went on a lantern guided graveyard tour. Mom insisted it was a historical tour and not a ghost tour so we were okay with going. I was fascinated by the lantern (made in Tennessee). My hand stayed warm on the cool evening. We had rain earlier and were worried the tour would be canceled. We were told rain or shine so we went. 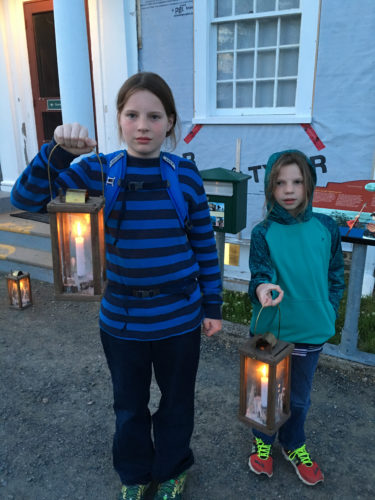 The guide was amazing. He is the founder of the tours and past president of the historical society. He really knew a lot about the area and history. Mom was very impressed that he knew days, tomb inscriptions, stories of the town. 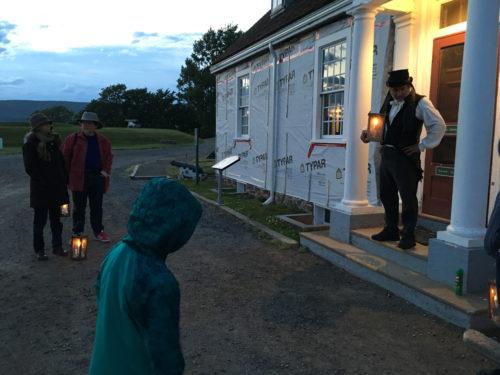 The tour was not scary and in fact there were many funny moments. I stuck close to Mom just in case. We walked through the graveyard between head and foot stones and learned about the history. We saw the oldest gravestone in Nova Scotia. 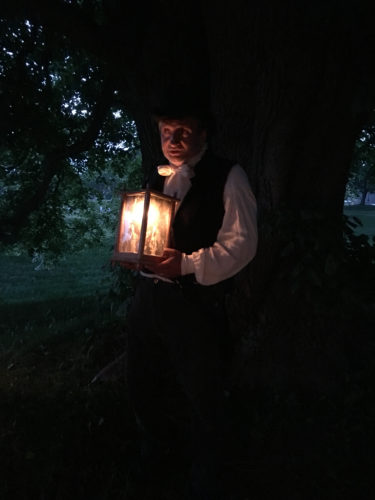 We learned a story of a man who’s wife died at age 37 and then second wife at age 37. People has large families, this one 21 kids! We learned bout the significance of the carvings on the tombstones. 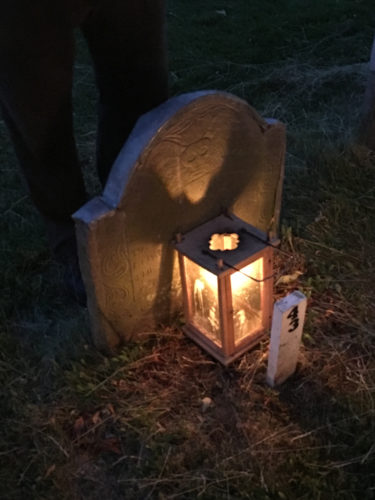 I was all ears when they talked bout cleaning and preserving the stones. Some of them looked like tables! They even had pedestal legs like tables. As we walked a lightning storm get closer and closer. I got nervous and insisted that if we see lighting and hear thunder there is NO reason we should be walking a graveyard amongst all the trees while we are on a hill! Â The guide hurried things along and we got back to Fort Anne visitors center just as the skies started to open! We made it to the car without getting too soaked. Mom said the drive back to the campground (a whole 3km) was white knuckle. She couldn’t see the lines on the road the rain was so hard. 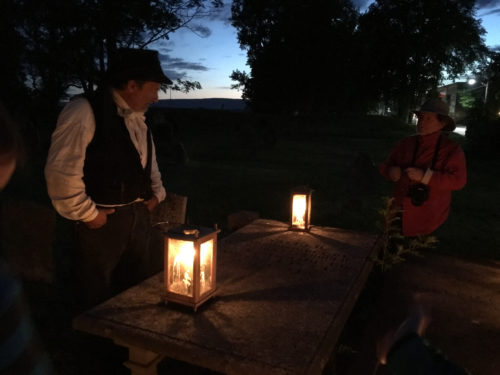 Today we wandered downtown Annapolis Royal. We saw a lighthouse that looked identical to the one at Cape Enrage near Fundy. We learned that it is int he process of being restored for the towns 150th anniversary next year. We took another tour. This time it was a historic walking tour of downtown. Amazingly it was the same guide! He does have such a passion for the town. 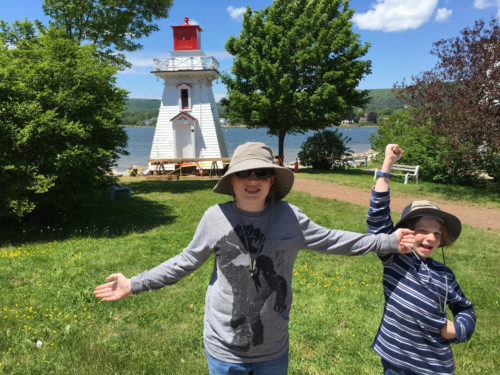 Before the tour we killed some time at the boardwalk looking at the water level to compare to high tide later this evening. The wind was strong and I kept jumping into the air and seeing if it would carry me away. No luck! 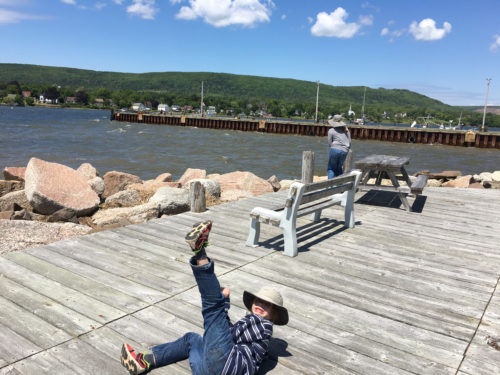 Mr. Alan taught about the native people, the Mi’kmaq. We learned that the Acadians and the Mi’kmaq peacefully shared the land but the French and British were the ones causing all the troubles! 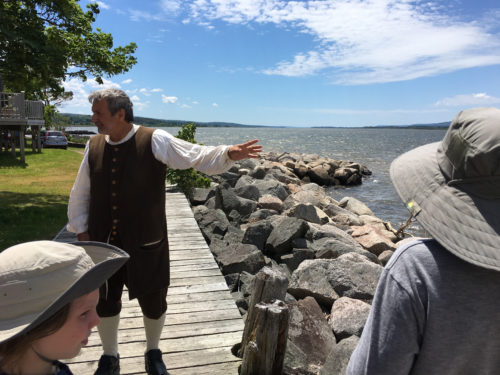 We enjoyed the cool breeze and we learned about the significance of the buildings and about a fire started by a young man who wanted to know how fast the fire department would arrive in 1922. The fire destroyed half the city. 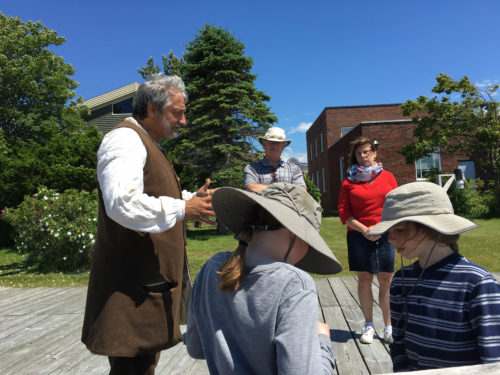