We departed halifax in the morning and stopped on the way to Annapolis Royal at the Grand Pre National Historic Site. Â We watched a video and learned about the Acadia people (with were French neutral) were forced from their homeland. The area of Nova Scotia (New Scotland) was greatly fought over for years. This area is the homeland with many things rebuilt after it was burned to the ground by the British. 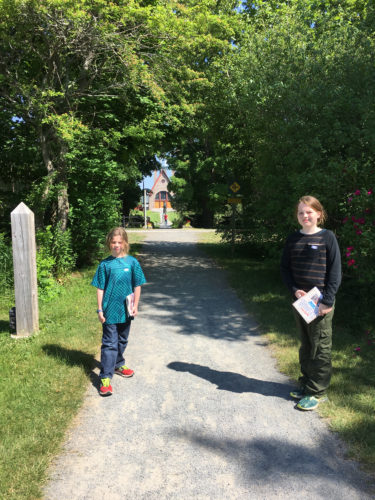 The place is magical almost. I said it looked like Narnia! The trees were huge, the gardens were beautiful and the sun was shining. 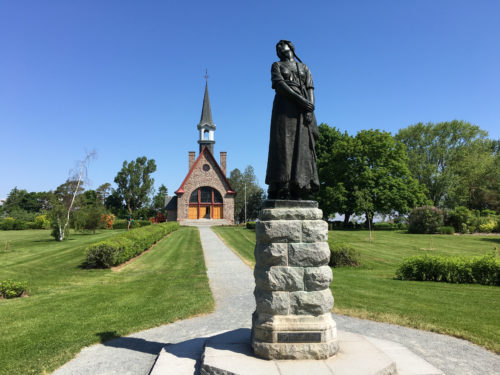 Behind me you can see some of the fields that were created when they built the dikes. The dikes allowed the land to be used for farming. Many of the dikes built in the 1700 and 1800s are still standing today! 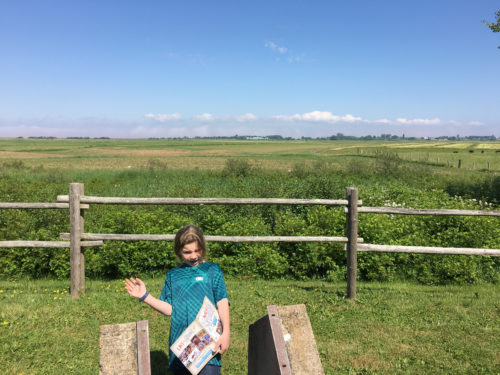 See what i mean about the huge trees. This one was 4 people around. Around we measured was 5. 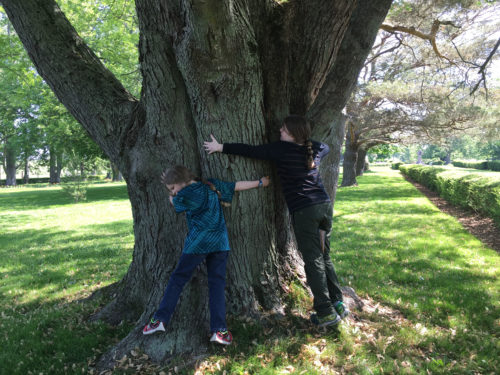 We had a great time learning about the history of Grand Pre’. We loaded back up in the motorhome and Mom drive us to the campground in Annapolis. B helped Mom unhitch the car and park the motorhome. He is helping out a lot when Dad is out of town for work meetings. We explored the campground and found a cool playground and a near pier out on the water. They also have chickens. One of the chickens had escaped and we went and told the staff. The staff is so kind here. They also have a male and female bunny. They have 5 babies. So far we have only seen two and boy are they adorable! 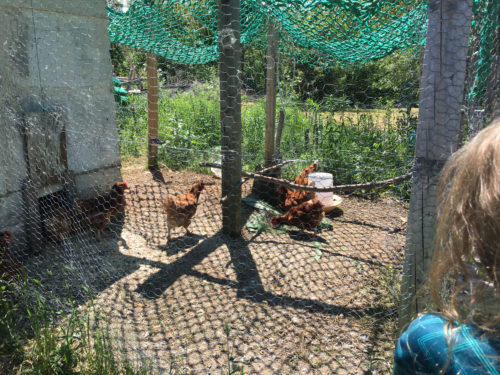 We visited the ONLY tidal generated power station in North America. The 50 foot tidal flux allows for some power potential. Sadly, it is too hard on most of the turbines and one propeller another place installed was shredded to pieces after 3 tide fluxes! 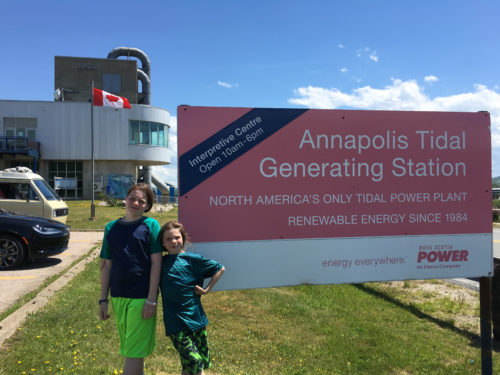 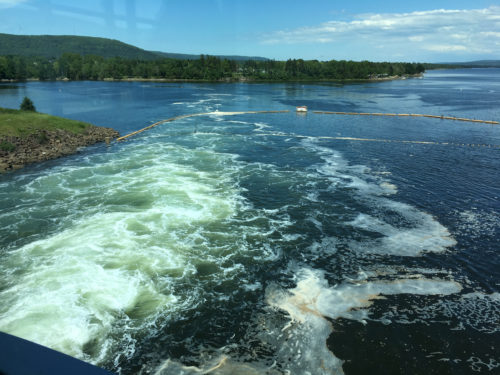 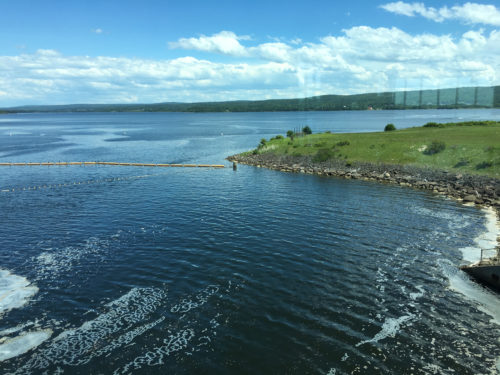 Next we went to Fort Anne. It was another fort like the Citadel in Halifax. This one was attacked 13 times and changed hands several times. This is important land and historically was fought over often. 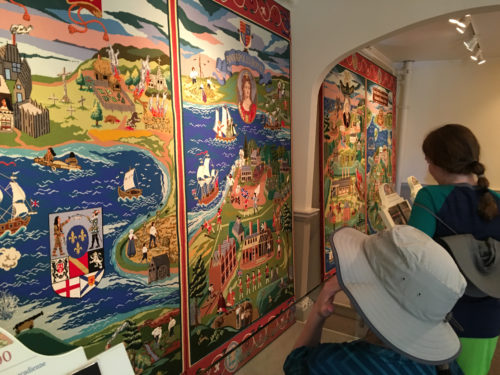 I tried on some period clothing and played with some native drums. 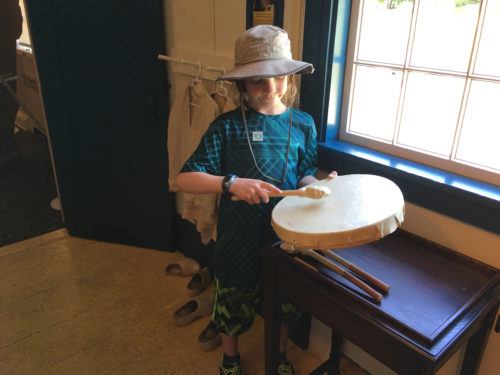 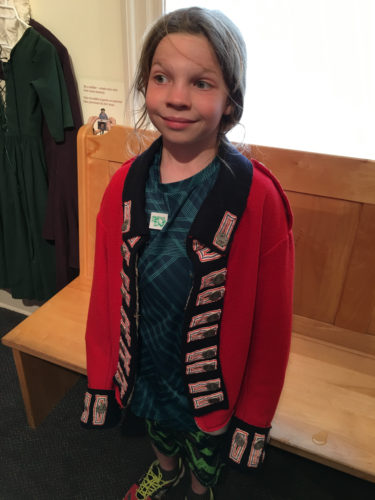 We explored the property and loved the Black Hole. Well, I didn’t love it. I was scared that Mom was going to close the door and lock us in! It was once a power magazine but it was too humid and damp so it was turned into a dungeon of sorts. 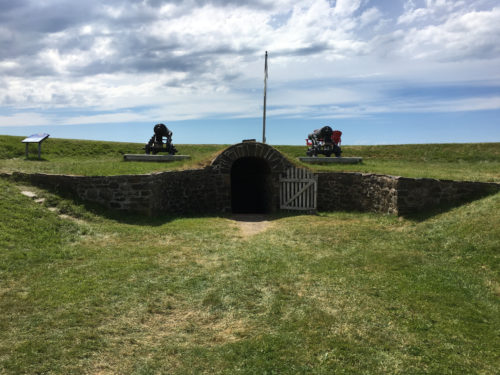 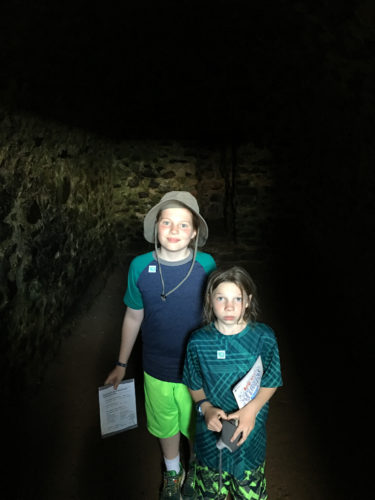 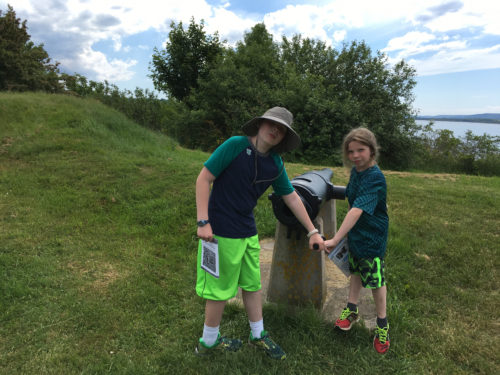 We had to, as part of the XPlorer program, search the graveyard for angles, animals, scary things and a grave that looked like a table. Tonight we will go back for a lantern tour after dark! SPOOKY! 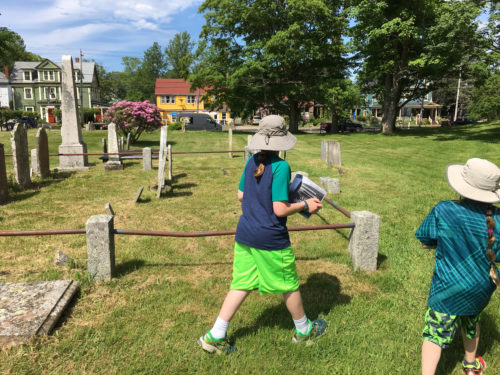 We wrapped up the stop at the real powder magazine. It is the oldest standing structure that is part of Parcs Canada. It was built in 1708! 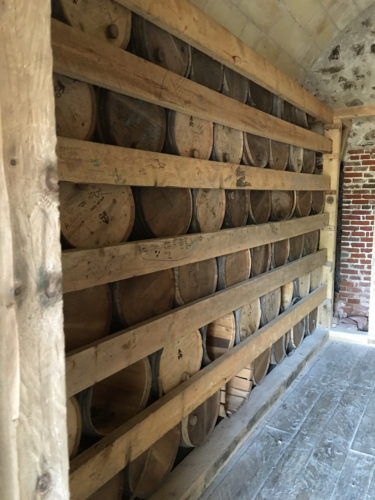