We started out the day very lazy and got a slow start. We opted to rearrange our plans a bit. We started with swimming at 9am. The pool is heated but it isn’t very warm. The morning temps were around 60F so I barely got in the pool. My eye is feeling a bit better and the swelling is going down so Mom gave me the all clear to swim but I never really did get much past my bellybutton. 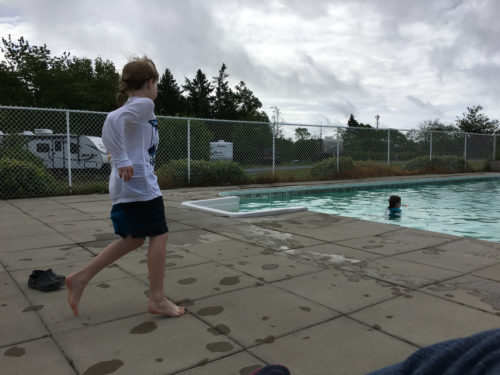 We did laundry and had lunch and then headed to downtown Halifax to the Maritime Museum. We walked out on the docks and saw Theodore Tugboat in the marina. We have no clue who he is but he reminded us of Thomas the Tank. Apparently he is a character in children books and movies in Halifax. 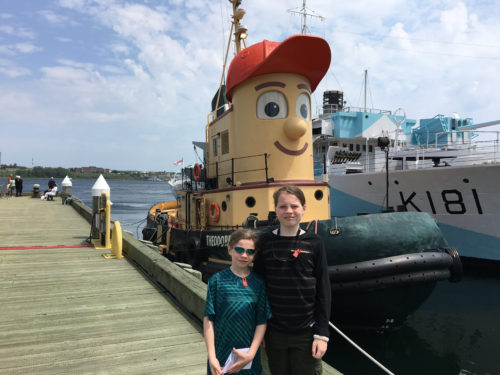 Next we toured the SS Acadia. It was a ship that helped plot depths in the harbors in Canada so they could make accurate maps. 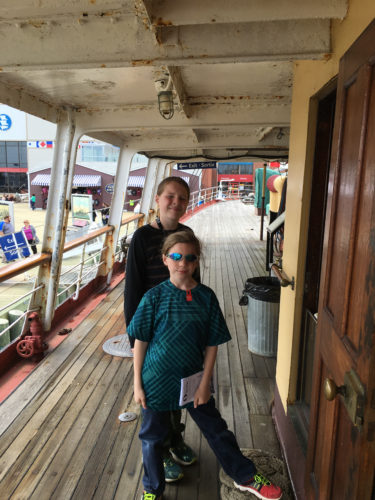 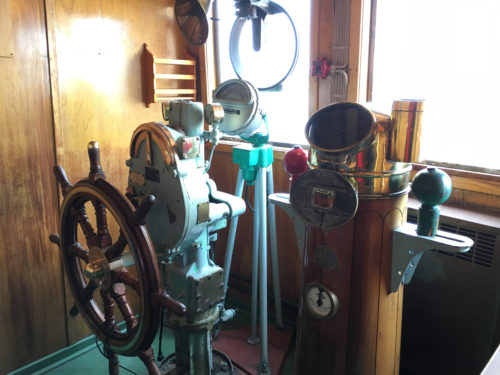 I loved the communications room a lot. They had messages coming through morse code but I couldn’t figure them out. 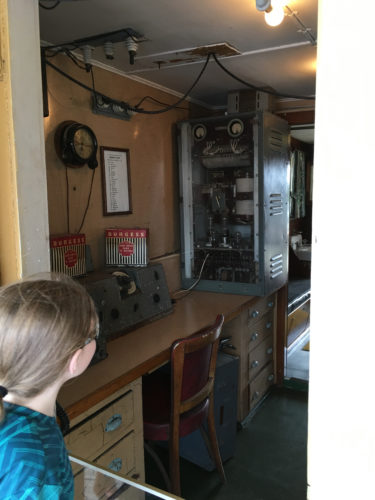 It was quite a neat ship! 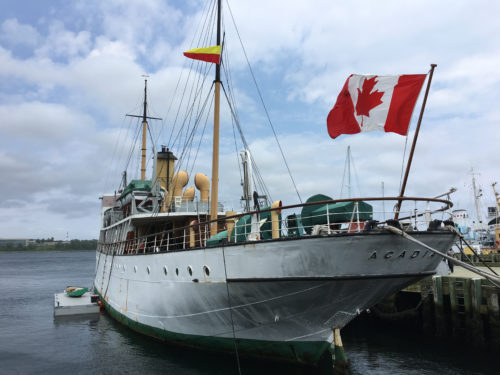 We got in trouble with Mom. 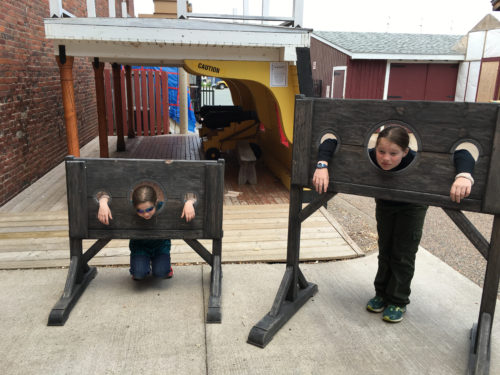 In the museum we took a tour and learned about the roll Halifax played int he Titanic after the iceberg. This is a model of the deck where the lifeboats SHOULD HAVE hung but were removed to make it more spacious. This is a replica of the deck chair. 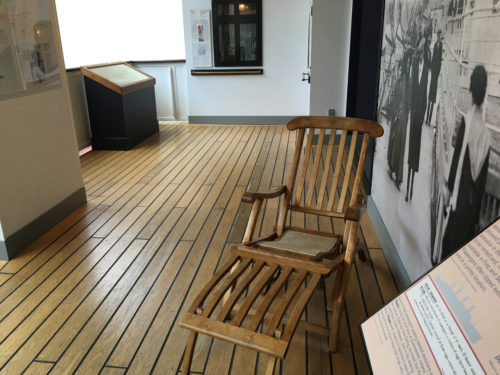 We were the only kids on the tour so got to be right up front. It was very educational to hear the correct stories instead of the Leonardo Dicaprio version. 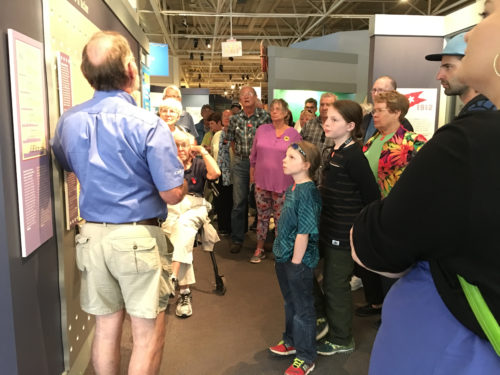 I got to sit in the replica chair! 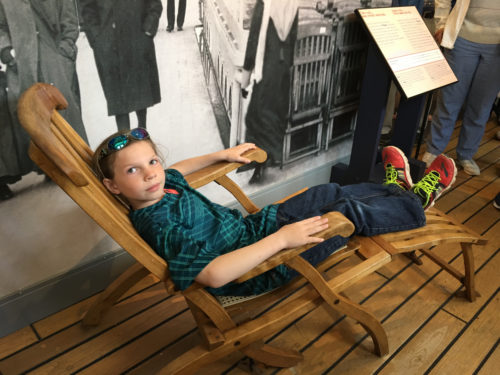 This is a model of the SS MacKay that was a cable ship that came to help as an undertaker ship after the sinking. 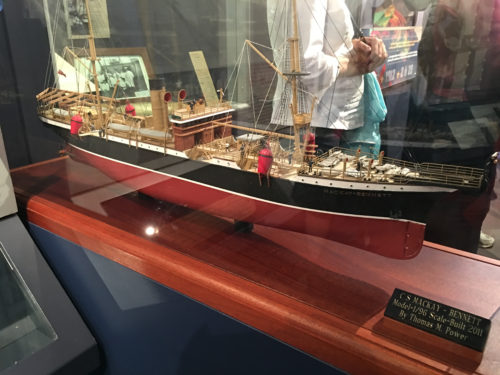 There are hundreds of models at the museum and they employee expert ship model makers and have several studios you can see them building new model ships. 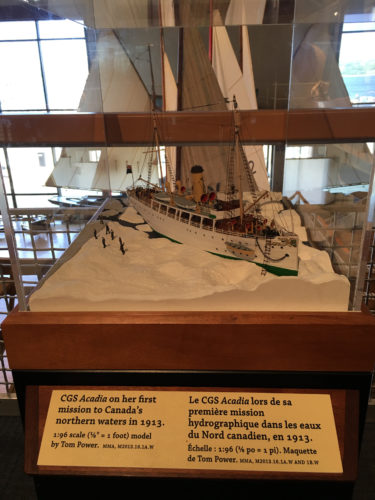 This is the actual deck chair from the Titanic. It is the only known surviving chair. It is estimated to be worth around $2 million CanadianÂ dollars now! 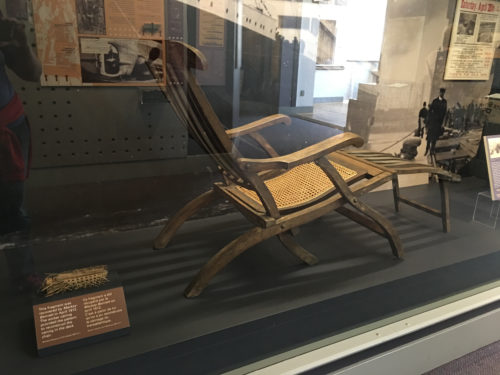 We saw exhibits and all sorts of artifacts that were donated from Titanic collectors. It was impressive to see everything that they salvaged. It is a shame so many people lost their lives. We also saw exhibits on the Halifax Explosion and even saw models of those ships that collided.

After the museum we walked the wharf more and found a cool playground. I swear they have the coolest playgrounds in Canada! 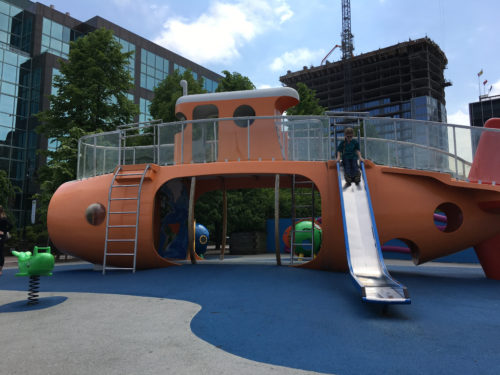 It is raining this evening so we are watching “The Cat from Outer Space” while Mom preps for tomorrows departure to our next location.