We visited the Halifax Citadel today. I was completely in love! What an awesome fort. I told Mom it was WAY better then Ft. DeSoto and St. Augustine. We got to go through the secret access tunnels and explore all over the fort. 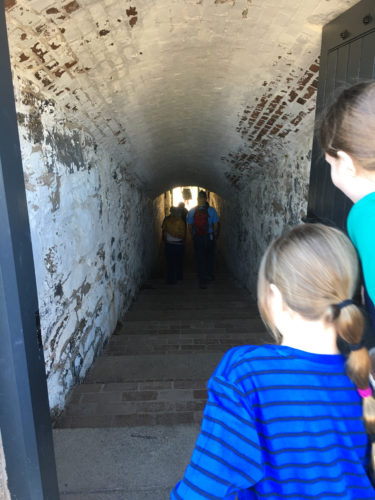 We took a guided tour and learned a lot about the history of the citadel and Halifax. We were amazed to learn bout the Halifax Explosion. Two ships collided in the harbor (one was a gun powder ship) and a fire started. People raced to the harbor to see the fire and suddenly there was a HUGE explosion, the biggest mad made explosion until the atomic bomb testing! 2000 or more people died. It was very tragic. Boston sent lots of nurses and doctors to help the injured and now every year at Christmas, Halifax sends a huge Christmas tree to Boston asa continued thank you for the help. 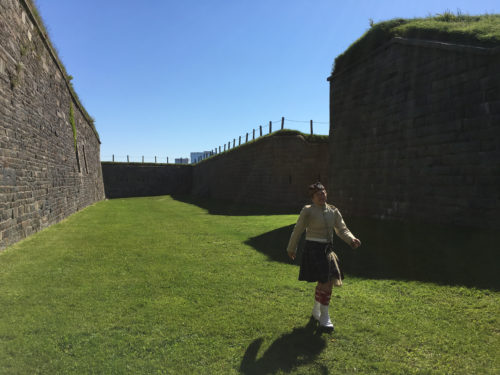 We got to climb through the spots where the soldiers would be stationed between the walls to shoot their guns out the high holes. Accuracy didn’t matter if they were attacked (which they never were). The gun shot would scatter and injure anyone, at least that was the thought. 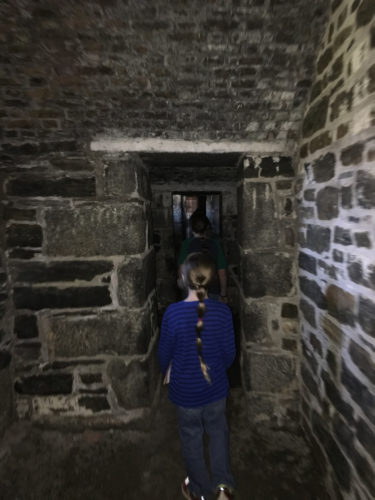 You could see more miles!

We loved walking around the fort counting the cannons and working in our XPlorer books. We earned a red dog tag after completing our missions. 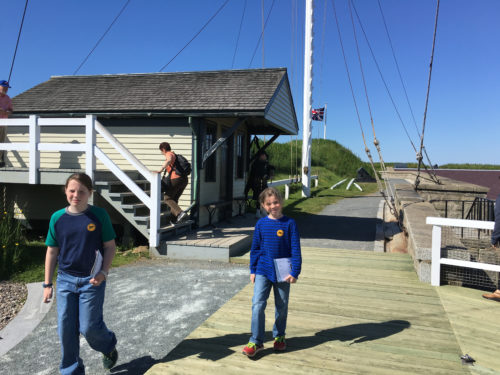 This is the Noon Cannon. It is fired every day at noon, except Christmas. 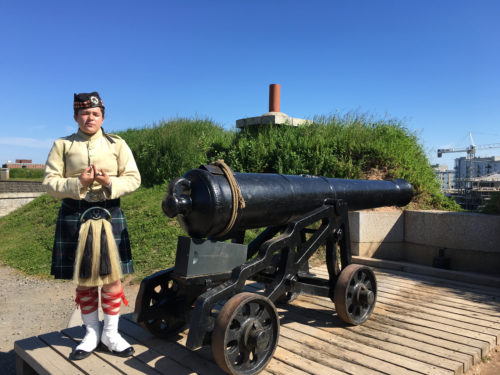 We learned about what went into a soldiers pack and about the uniform of the time period. Everyone was in period costumes so you really felt like you walked into the citadel in the 1800s. 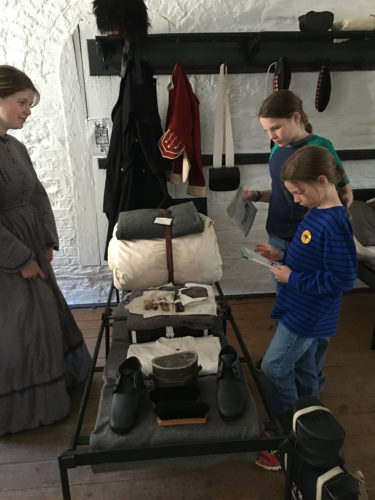 We practiced being sentry for a while. I lasted almost 2 minutes before Mom had me laughing. 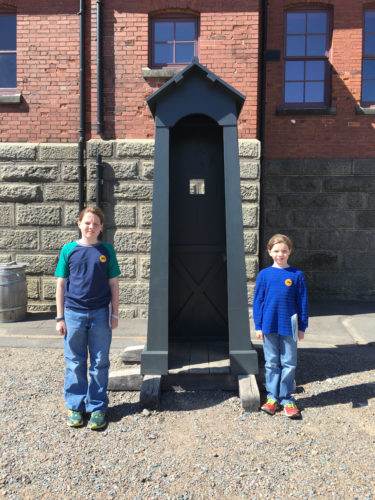 We saw rifle demonstrations. I was saw how the school kids ll acted and were running around being rude. We sat peacefully and listened and learned. 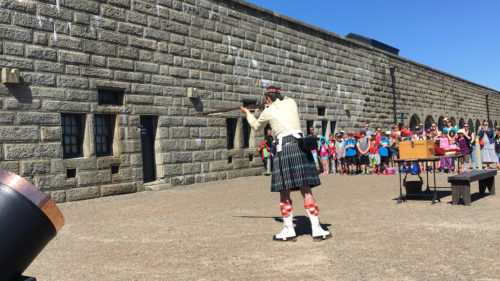 I loved the powder magazine room. They could store a LOT of gun powder. I asked the guide if anyone had ever accidentally set off the gun powder. She assured me there was none in the room anymore. 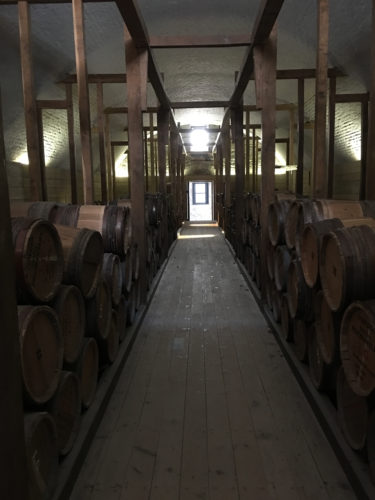 I thought the old school room in the citadel was pretty neat. I was shocked how much they had to learn in school: reading, writing, math, telling time, map making and even weaponry. 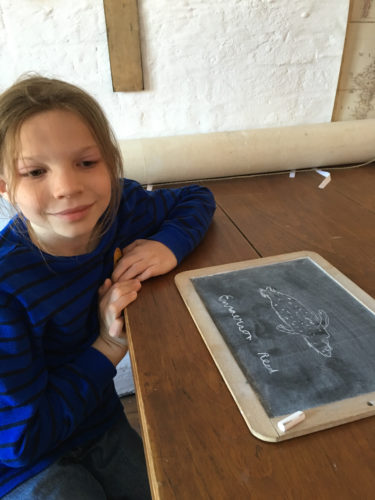 Another weird Emmerson face. You are welcome! I was being a raindrop pretending to be socked down into the gutter and down the drain pipe to the water barrels below. 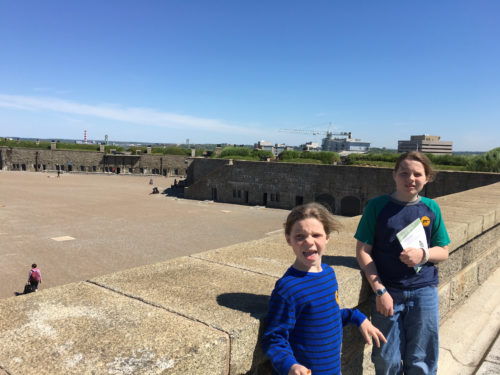 They had a few more modern miliarty displays. Including this cool replica of the trenches. I had a great time learning bout life int he trenches as we explored. It was a huge model they made. 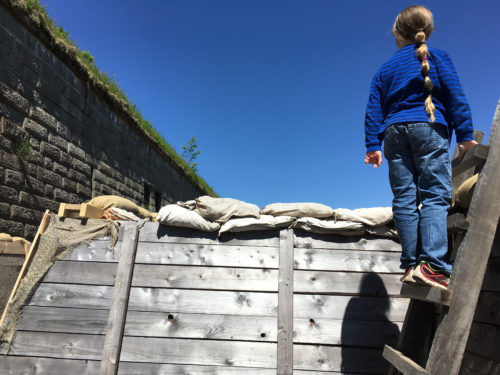 I thought this was an amazing idea. Rather than stick your own head up to see if there is an enemy you stick a fake head up. It would draw enemy fire and not your own head! 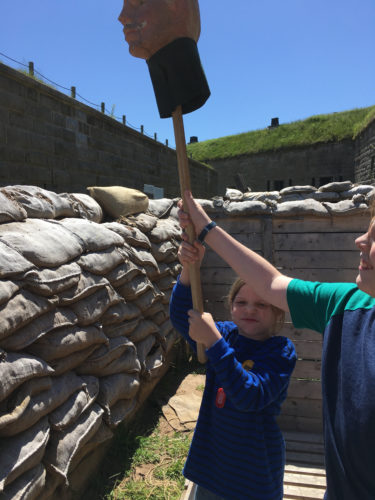 Also they had periscopes. I had to explain to some of the school children what they were and how they worked. 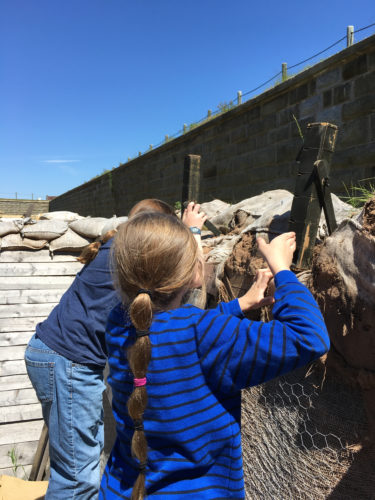 I was not impressed by the bathroom. I have to do what with the shovel then do WHAT? Um, NO WAY! 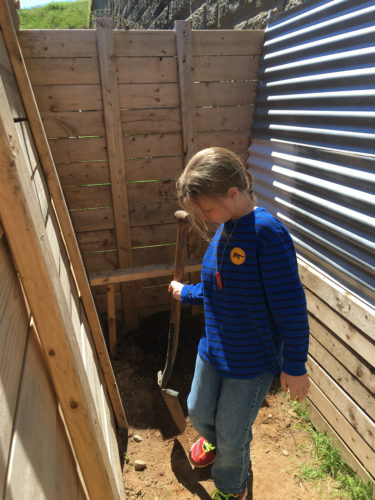 We explored until the Noon Cannon. It wasn’t THAT loud but it caused a lot of the school kids not he field trips to scream again. ugh! 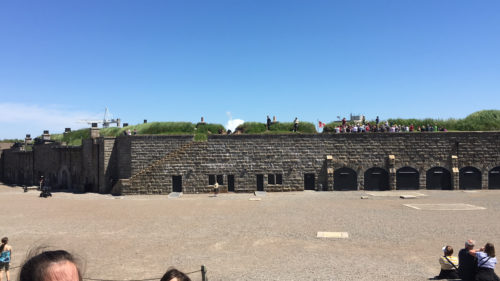 We had lunch then explored the park around the Prince of Wales tower and other fortifications. 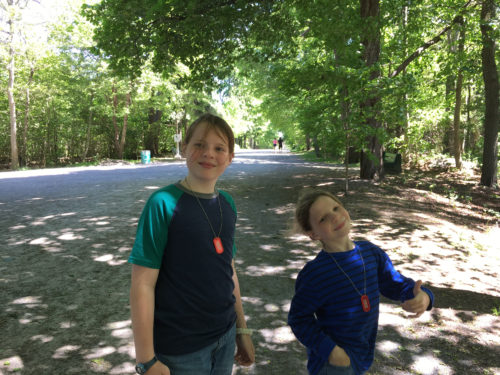 B and I played hide and seek behind the trees. You see me? I didn’t think so! 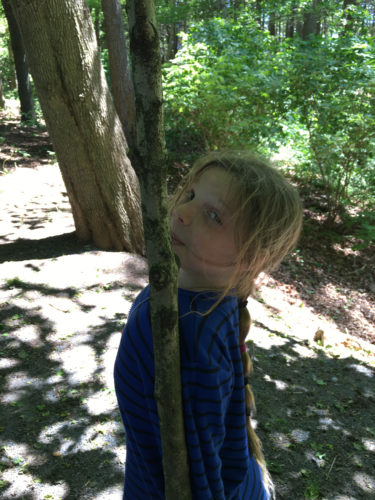 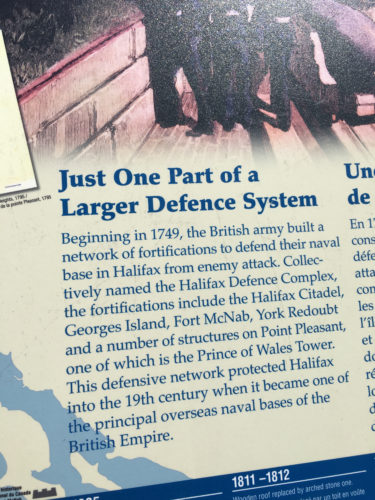 Sadly the tower was under construction but we got to read the panels about it and walk the perimeter. 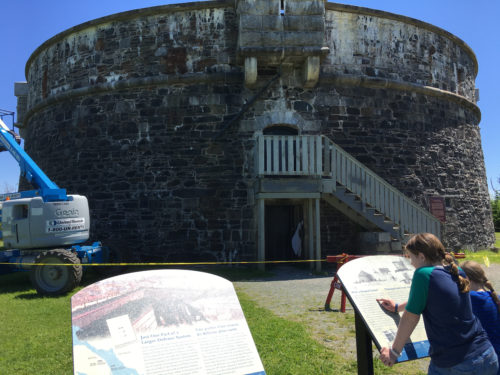 I spotted two cool seal sculptures. I am really into seals lately. 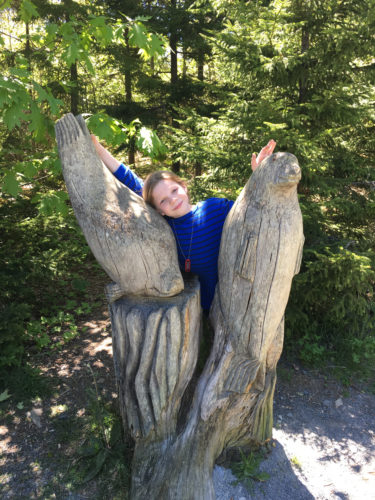 We explored at the seaside wharf and farmers market. I loved these cool artistic lamps! 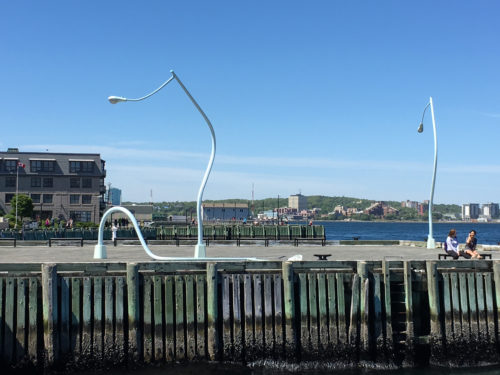 We saw lots of jellyfish in the water. We even saw a few large cannonball jellies! 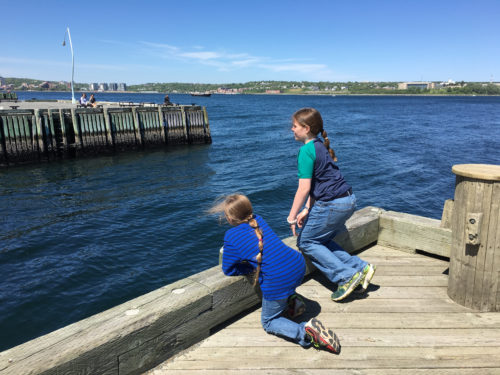 Tonight I am on the disabled list. Mom noticed bug bites near and on my eye lids yesterday and today they puffed up. Claritin, Benadryl and eye drops later I am feeling good and the swelling is going down a little. Hopefully by morning I will be better. There is a pool at the campground and Mom won’t let me swim until my eyes are better. Did I mention that benedryl makes “me not happy”. 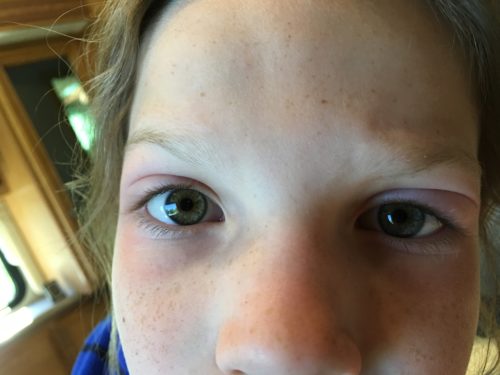