Visiting Port Royal was very fun and memorable. It was very empty when we arrived and we thought it may be closed. Suddenly the staff (dressed in period costumes) emerged from everywhere. We learned at Port Royal was used as a fun trading post and was established by Champlain. Even though the post lasted only 8 years before it was seized and burned it left a lasting make. Beaver pelts were a popular fur as well as wolf, moose, fox and deer. 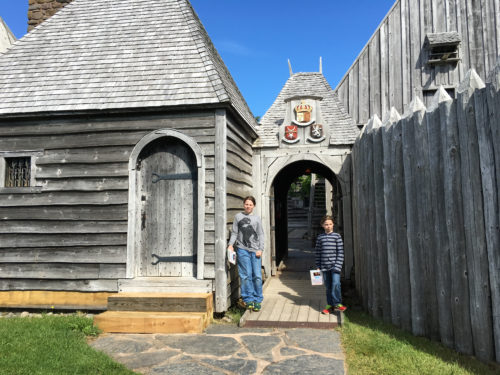 We got to touch and feel all the pelts in the drying room. 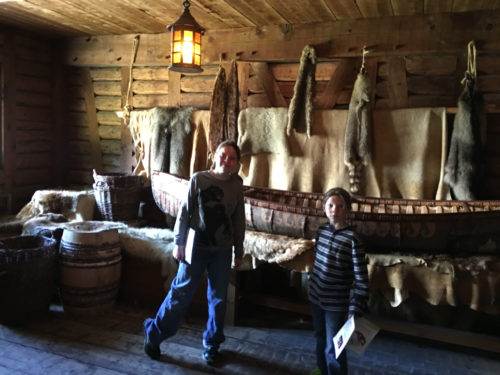 There was a creepy wine cellar. The average person at the fort drank 3 liters of wine a day! No joke! How’d they ever get things done? 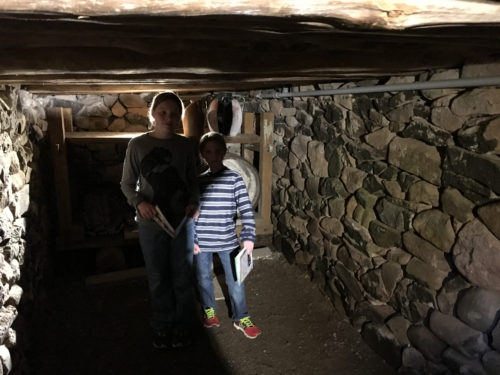 This fort that stands here today is a reconstruction based on some extremely detailed drawings and descriptions by Champlain himself. This room was the rope room. They made hemp rope. When the rope would wear it produced fibers that were used to caulk ships! 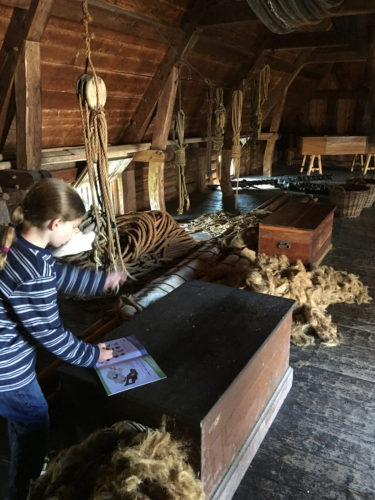 I was fascinated with all the beaver felt hats. 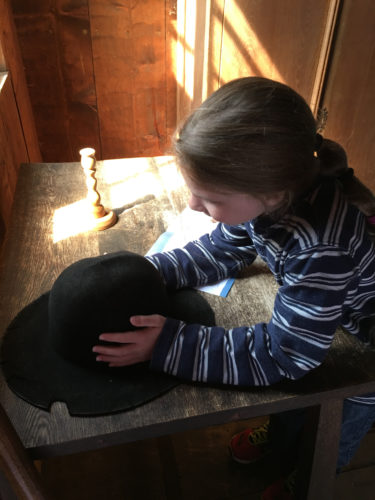 The loft where the workers slept was huge and resembled the inside of a ship. B and I enjoyed trying out the cots on the floor. They were straw type mattresses and terribly uncomfy for me, B loved them. 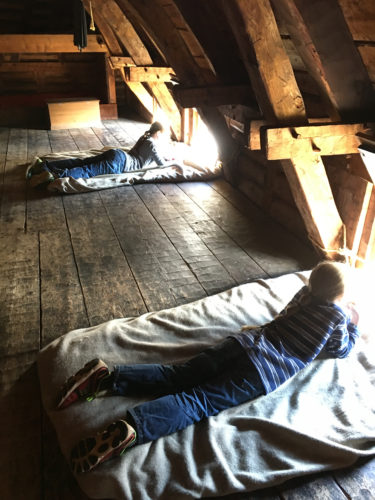 I fired fake cannons at the wigwam out back until i realized they were friend and not foe. 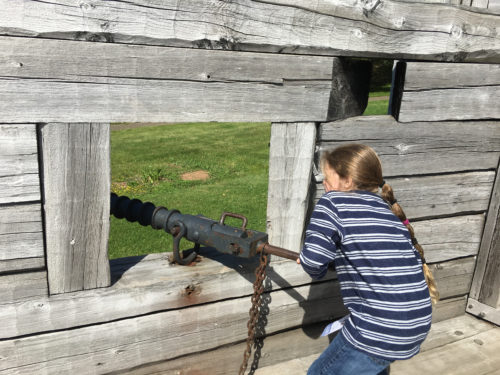 We learned from a great guide how they made shingles for the roof and also how they cut the long boards you can see over his head. 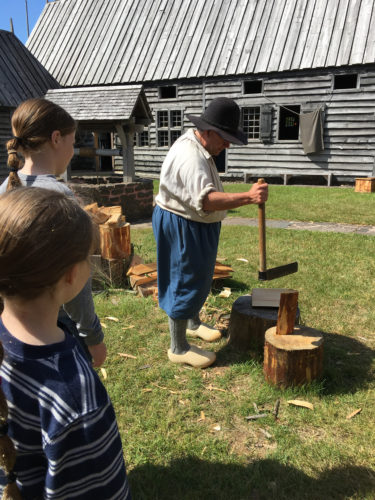 After the demonstration on the shingles we were each given one as a souvenir. I have named it shingle-ee and it is sleeping in my bed with me. 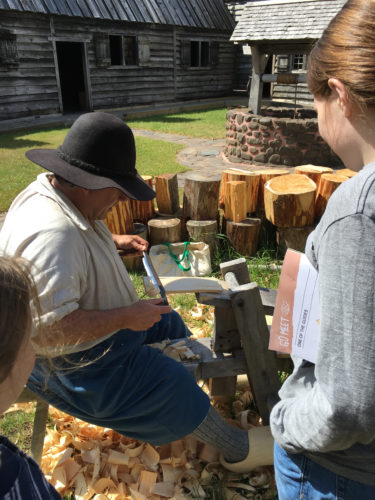 We also learned how the structures were built without nails. There are wooden pegs holding everything together and the structure could be disassembled and rebuilt in a new location if necessary. 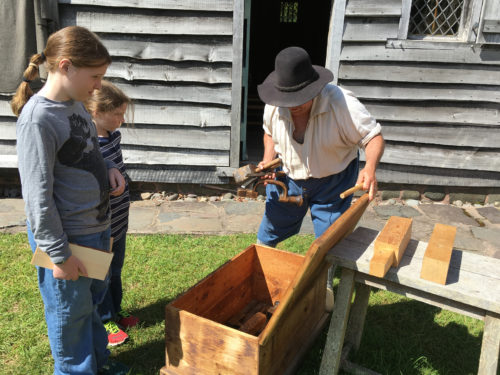 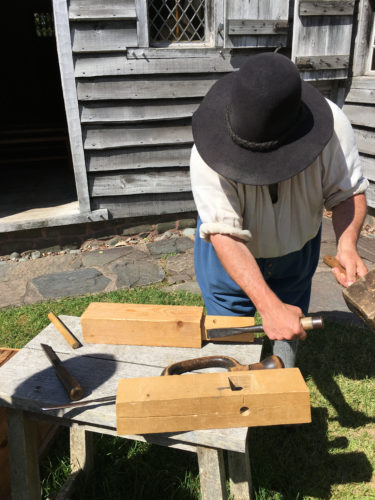 These re the saw horses used for the long boards. The saw is proper against the front leg. 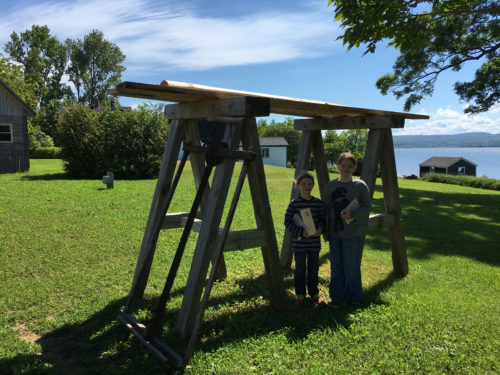 We earned another XPlorer dog tag and headed to the towns Historical Gardens. The gardens are rated #1 in Canada! We spent a long time wandering the paths. We saw plats we never knew existed or never though you could grow in Canada. 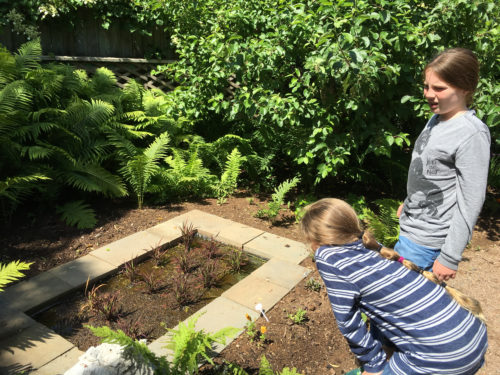 I loved the rose gardens. 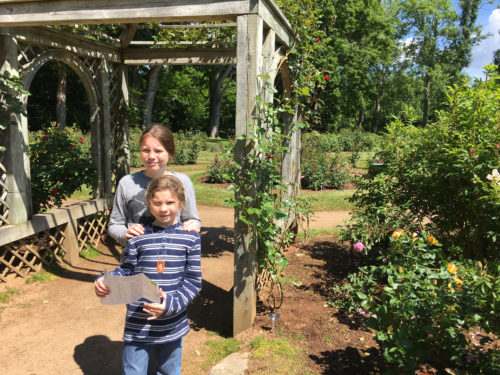 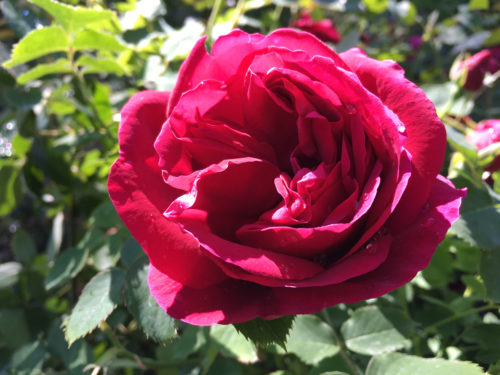 I smelled everyone I could! 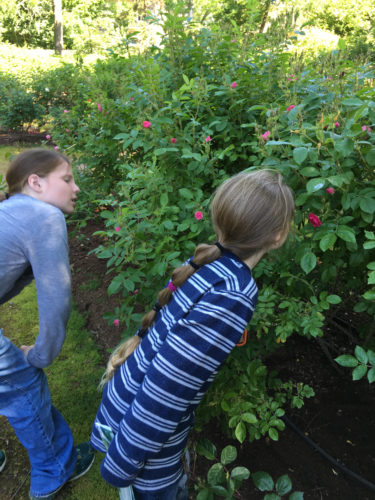 I didn’t smell this one because the bees were really buzzing on it. 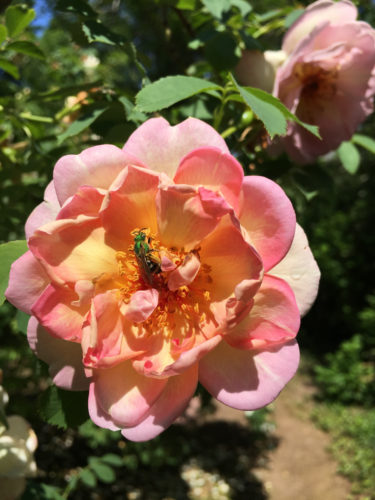 As we walked we explored some of the dikes that replaced from the Acadian farmers. They were lowland people and build dikes to keep out the salt water. When he tides went out these wooden shoots would open and take the freshwater with them. They would close and not allow the saltwater to flow back. After rain and snowfalls this made the land free of salt and able to be farmed! 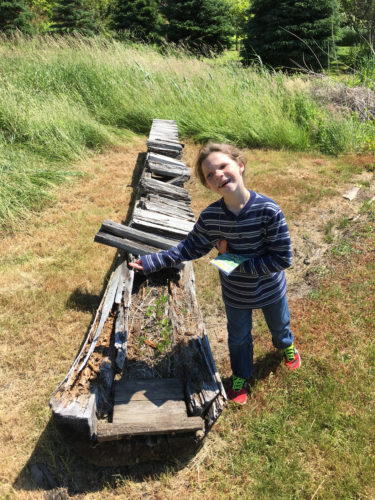 Yet again, more of my silly faces. 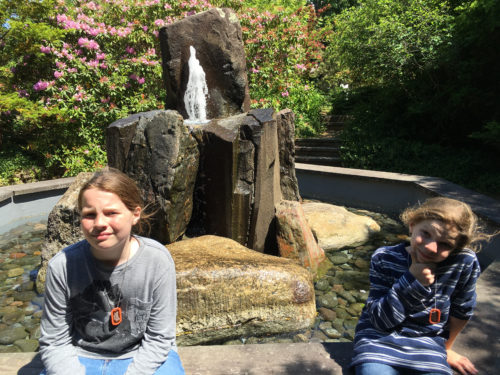 Last night after dinner Mom took us to an OPERA! It was Gilbert and Sullivans The Mikado presented as a concerto opera. That means that they didn’t have costumes and had a smaller crew. It was amazing and funny. I really enjoyed it a lot and asked when we could attend more programs like that. We sat in the 2nd row but wish we were a bit further back as we could only see noses of the performers sometimes.

This town is amazing. We feel like locals already. People are coming up to us that recognize us from around town as we are visiting. The owners of the campground we are at were attending the show as well and came over and talked for a while. Everyone seemed impressed that two kids attended the show. We were the only kids there. The theater is small and seats about 200 and was only half full. We learned that typically it is a locals thing and very few tourists take the time to attend.