Today we headed to Ford’s Theater for a 10am ticket. We had fun on the Metro on the way in. Quite a change of pace on the weekend compared to the hustle of the weekdays. 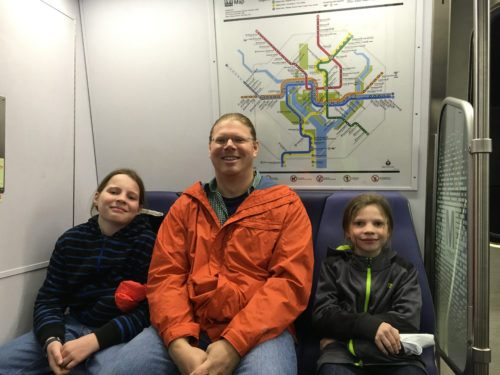 We got to see some of the historical memorabilia from the assassination of Lincoln. This is the guns hat was used to kill him. 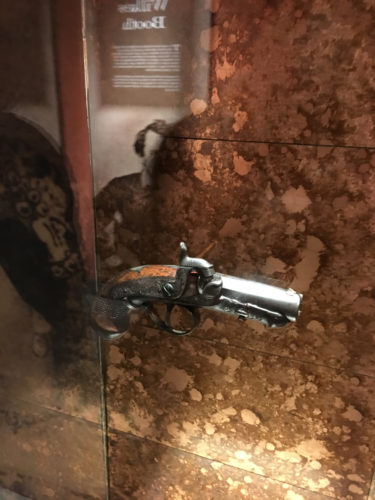 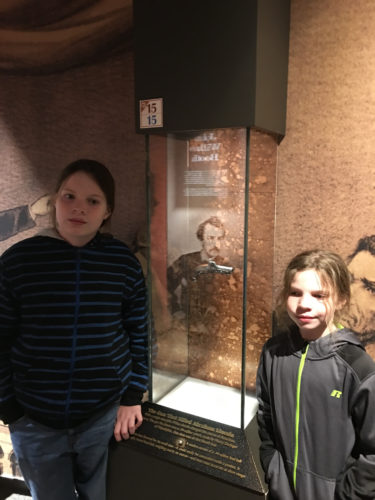 We went into the theater and saw the box where he was seated. While in the theater we saw a show called “One Destiny”. It was an amazing show about some of the people that were present during the assassination. We learned a lot about how the events occurred and how John W. Booth shot President Lincoln. 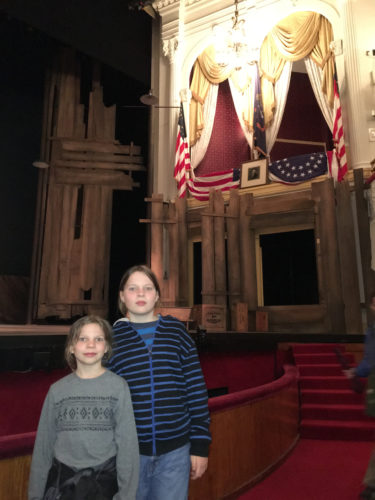 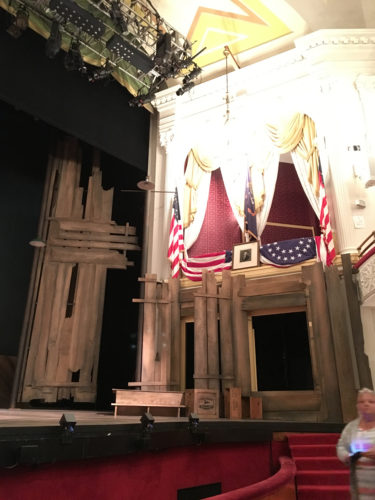 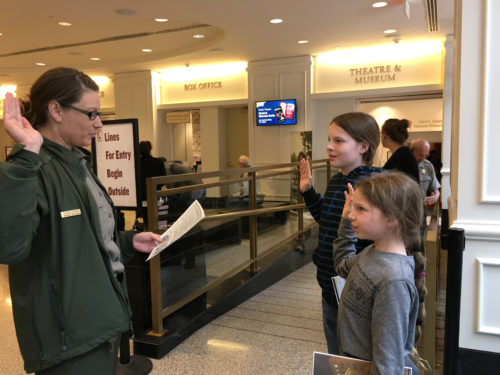 This is the room he died in. 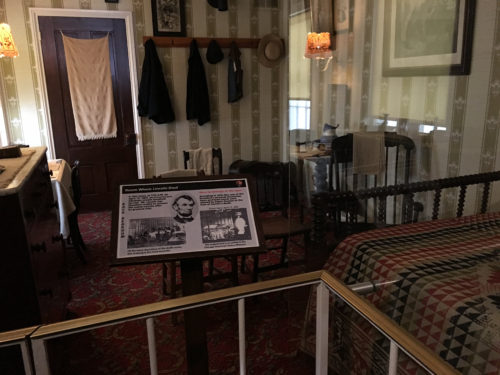 After Ford’s Theater we visited the Mary Bethune House and learned about the history of the remarkable woman the the formation of the NCNW. We earned Jr Ranger badges for this location as well as the Carter G Woodson House location (it is under renovation). 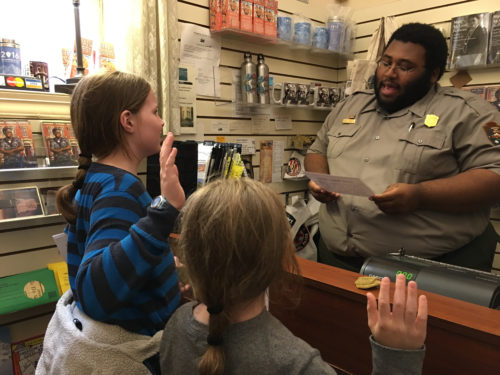