We were up and going early today. We dropped Dad at the airport again and he is traveling home and then on to DC for a few weeks.

We drove to Levis and voted the Levis Forts. It was a unique asymmetrical pentagon shaped fort. We dressed as soldiers and went off to explore the fort.

(These are not angry faces…these are SOLDIER faces) 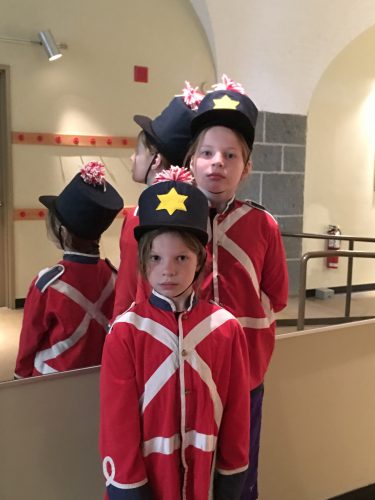 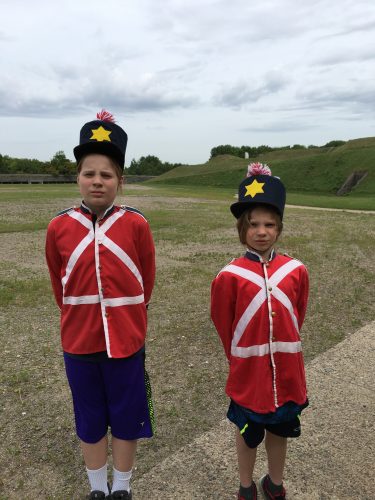 We learned a lot about the fort and the different armaments. Like other forts we have seen this trip there are no safe places. The fort was very well defended. 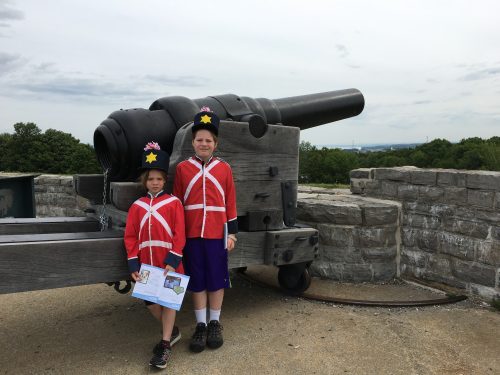 This was a cool lazy suzan. 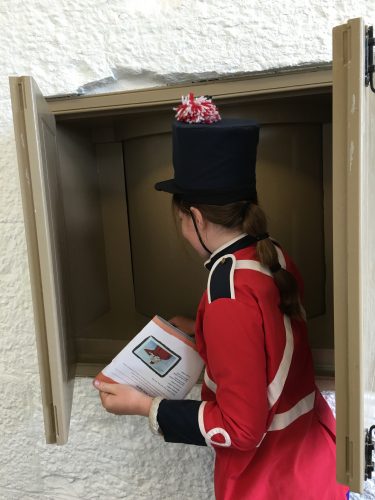 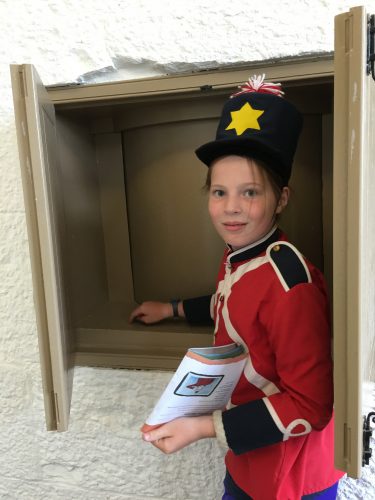 We were attacked by the enemy and there was a HUGE blast! JK 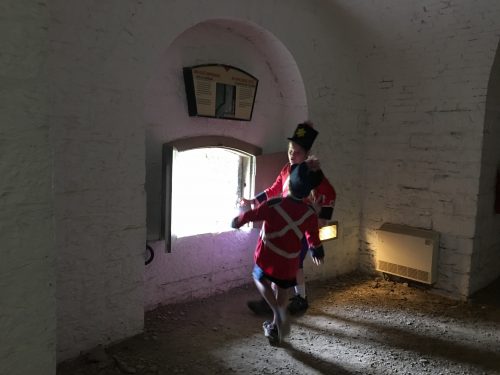 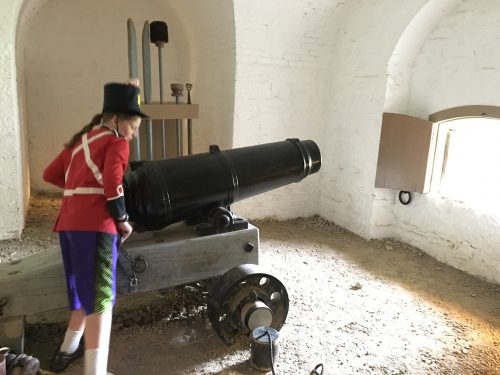 Practicing commands from our officer (Mom). 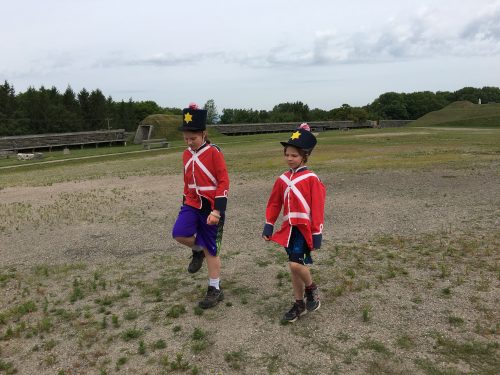 After our exploring we earned another badge and headed out to the Fortifications of Quebec on the other side of the St. Lawrence. We parked the car in a pay lot and attacked the city of foot. Thank goodness for the map app on the phone. We found the fort in good time.

We explored the look out points on the old stone walls. Quebec City, Old Town, is the oldest fortified city in North America north of Mexico City! 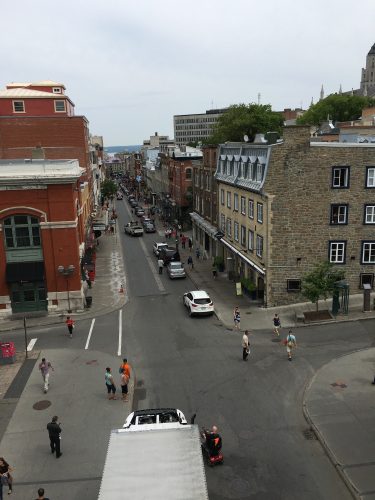 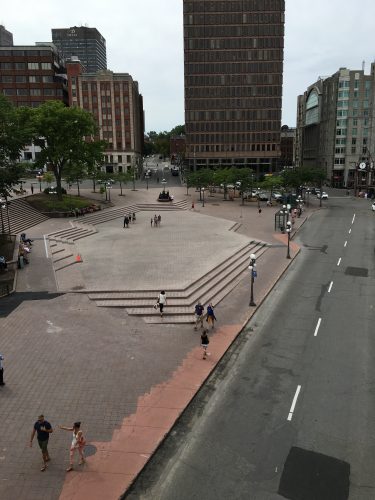 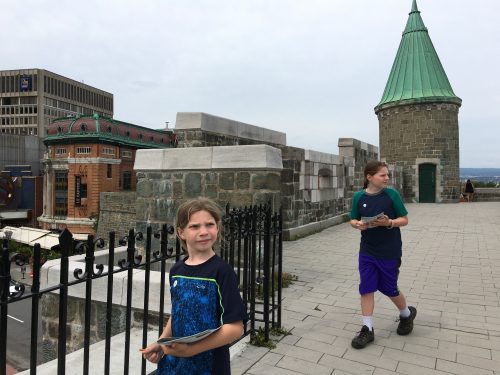 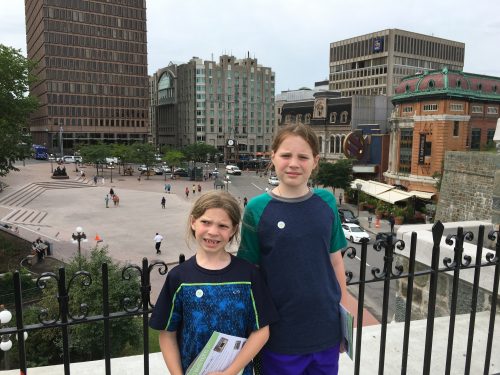 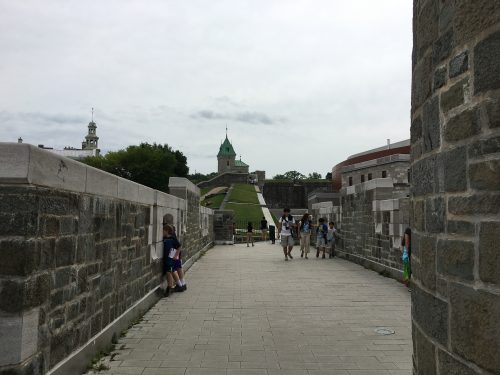 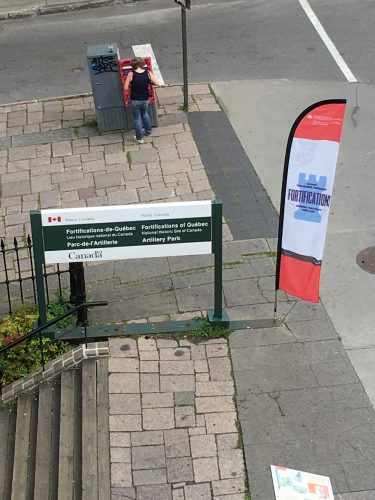 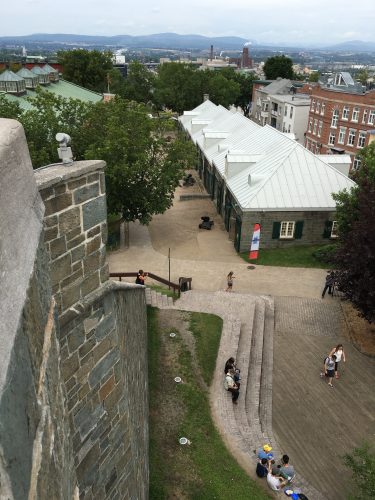 Our XPlorer books walked us through the entire site. We learned about the foods, recreation, military and family activities during the 1750s. 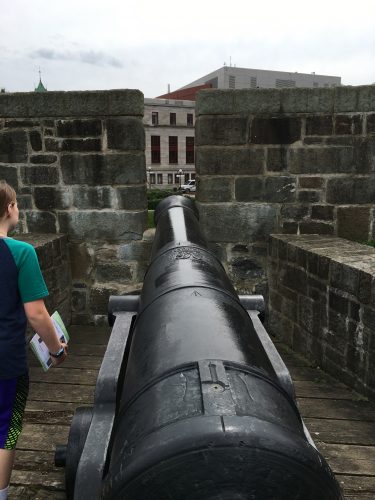 We watched a reenactment. 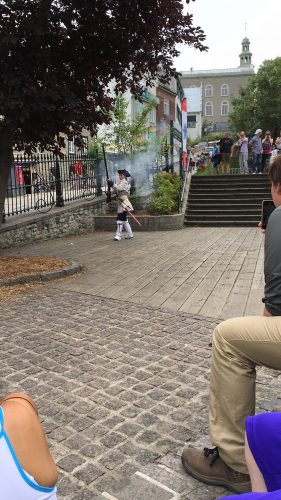 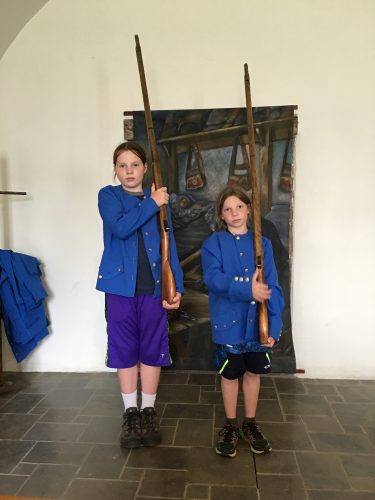 Emmerson had a hard time with the rifle. It was heavy and long. 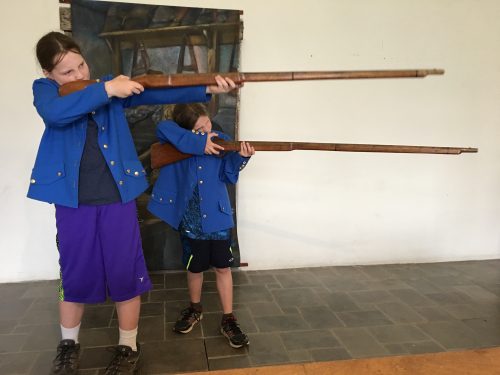 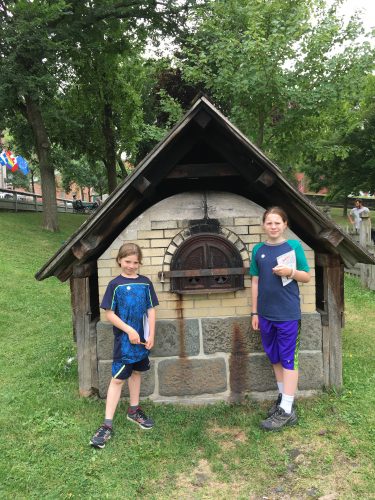