This morning we slept in and got up late. We had a quick breakfast and headed to the campground office to borrow fishing poles to take over the canal and locks. We learned how to “jig” for mackerel. We must have been terrible as I caught nothing. 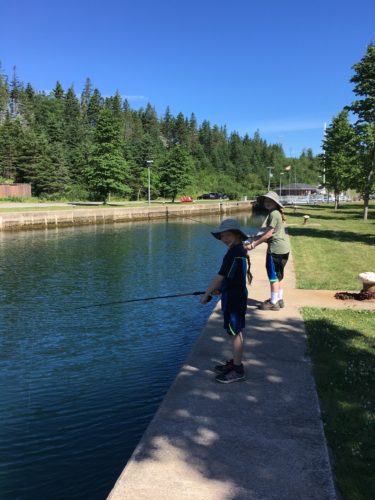 It wasn’t for lack of trying though. No-one around us was catching anything either. 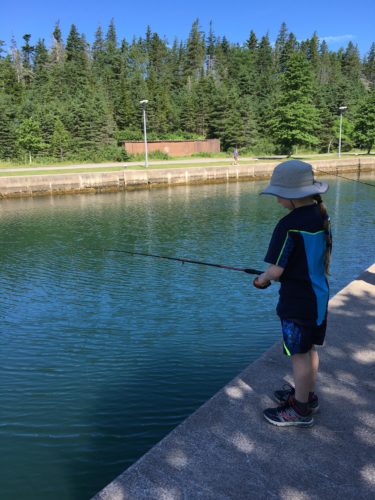 We tried every spot on both sides of the canal. It was fun to cross over the metal swing gates to the other side. 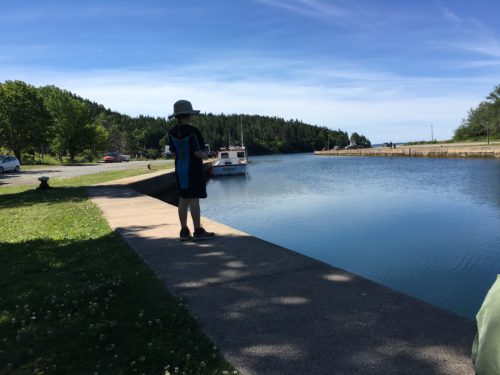 These bollards were neat looking. The boats would tie up to them as they came through the locks. 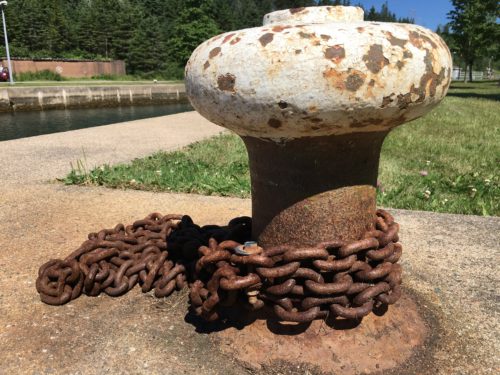 We relaxed after fishing and watched more ships come through the locks. There weren’t a lot today but there was one huge pontoon sailboat.

We had lunch and went out for ice cream. 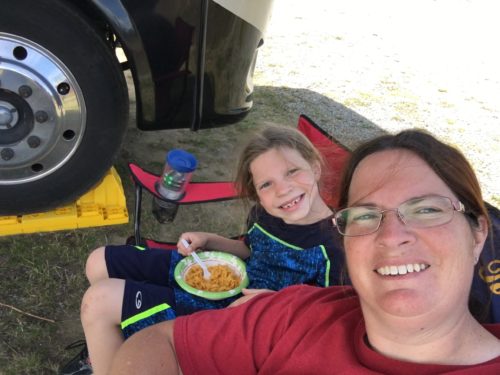 We drove back by the wharf and saw two crazy scuba divers jump off the wall into the water. Their girlfriends/wives were with them and between the 4 they scared the dickens out of us. We thought for sure someone would require an ambulance. 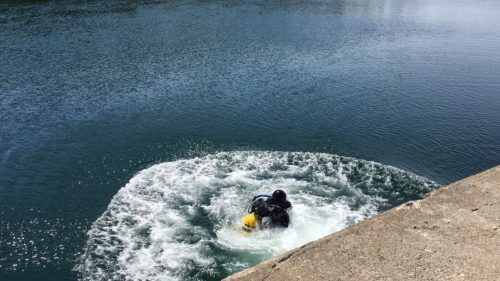 We spent the late afternoon catching up on journals and tidying up the motorhome. Tomorrow we head to PEI.