This morning we were up early by choice and asking to go out to a few Poke Stops before our morning program we were heading to. Mom allowed this only because we got up and going willingly without a battle.

We wandered around town and then headed back into the park. We found a PokeStop on a trail we hadnâ€™t hiked yet. We enjoyed a hike along the coast and a reward of a few Pokeballs. Anyway, we arrived at Green Point an hour before the program so we walked along the upper cliffs and checked out the red chairs. 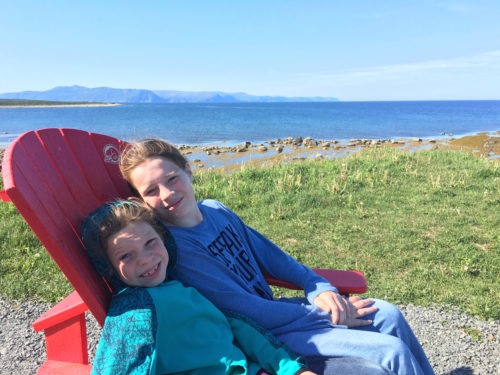 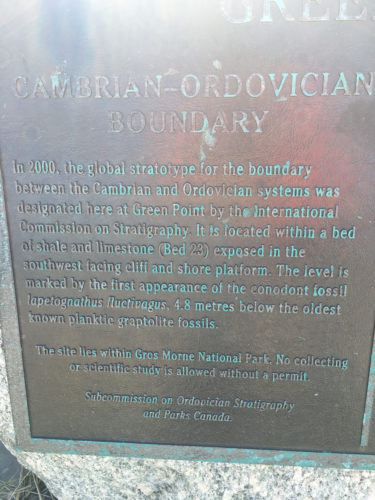 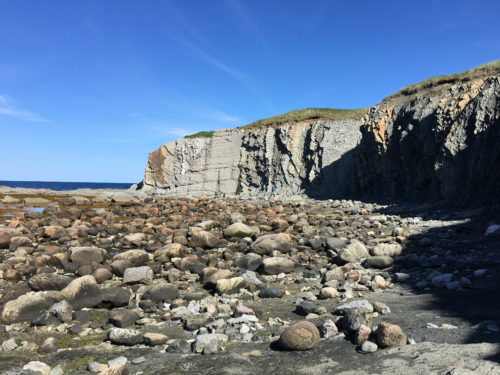 We then hiked down the cliff and to see if we could find fossils before the tour started. We had no luck but passed the time making our initials out of the rocks and telling stories of how the rocks arrived. 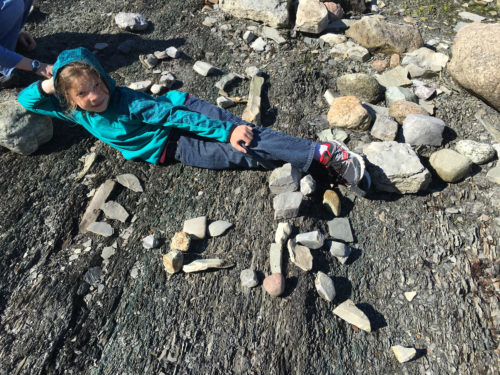 The interpretive ranger, Cedric, arrived and delighted us with his unique way of conveying information. He was the alien from the program the other night. We learned that the rocks were 492 million years old and that the first life called the Iapetognathus Fluctivegus (flew to vegas), a worm like creature, lived here. 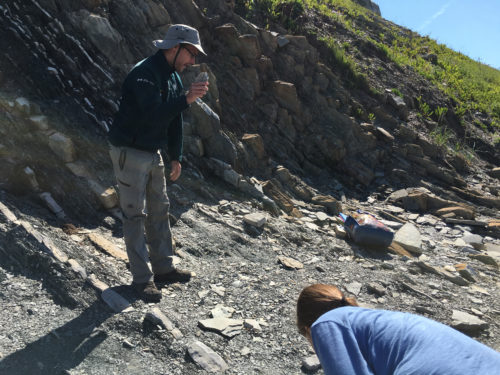 This area was once a tropical area. The guide played down and pretended to be sunning himself on his tropical getaway. 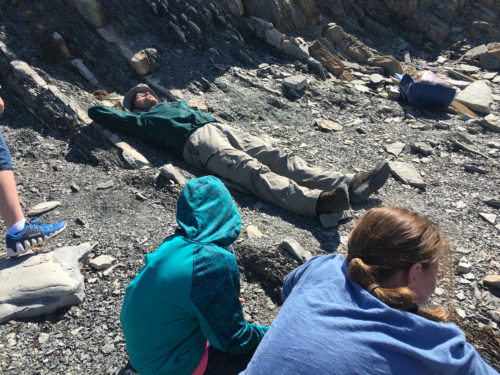 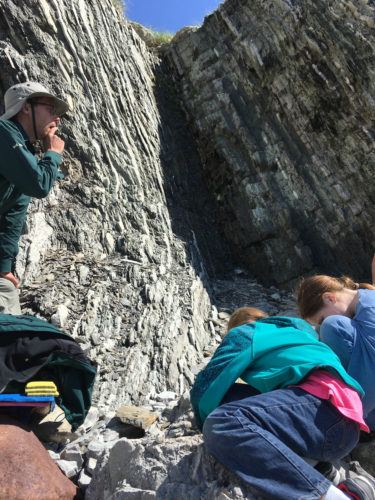 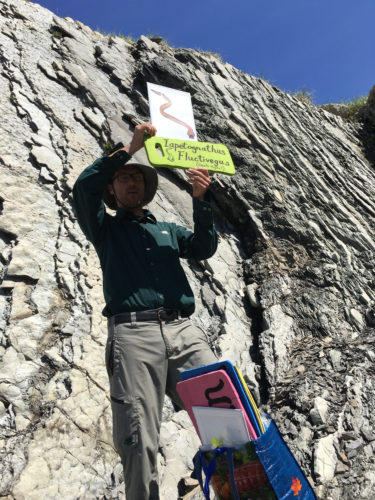 This site has UNESCO significance because it shows a clear boundary from the Cambrian to the Ordovician eras. This is the global stratotype for the boundary between the systems. 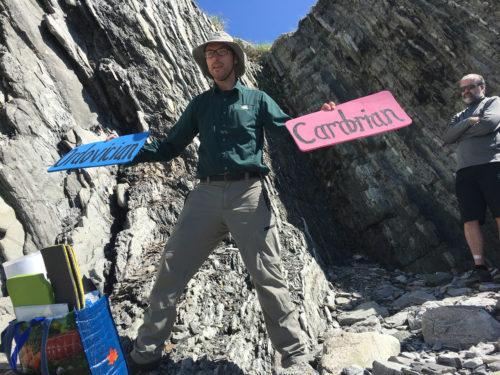 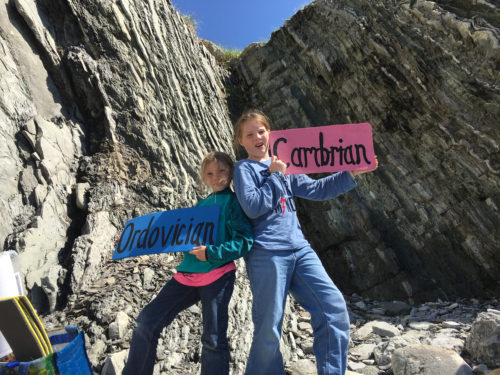 We explored the Ordovician layers of shale and search of Graptolites. The guide did a great job teaching through song and comedy about why we shouldn’t take the rocks or damage the site. A lot of the fossils are in situ. We were able to dig through the loose shale and quickly found many fossils of the graptolites, Ouh! AH! Graptolite! 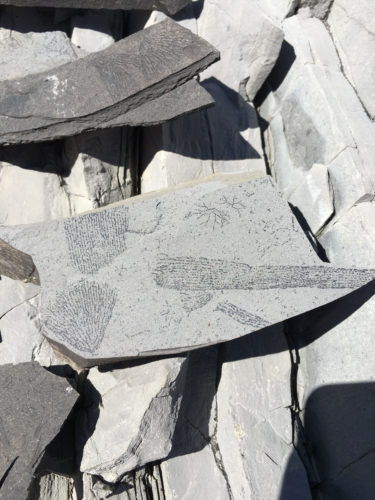 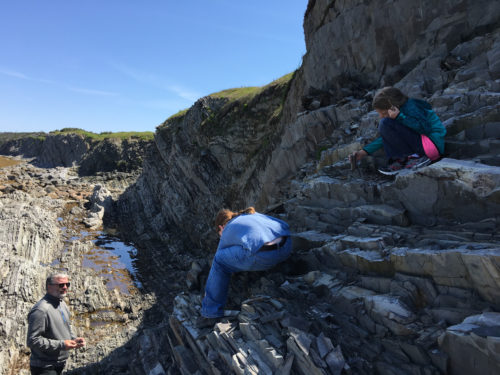 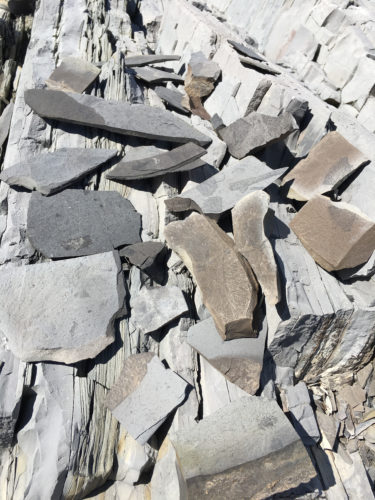 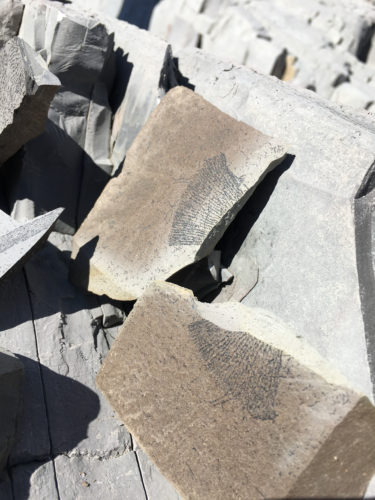