We started the morning with a amazing hike to Western Brook Pond. The pond is really an old fjord. At the end of the nearly 3km trail we boarded a boat and took a 2 hour tour of the pond. We had an excellent narrator and guide and learned about the history of the area and how the glaciers carved the rocks. 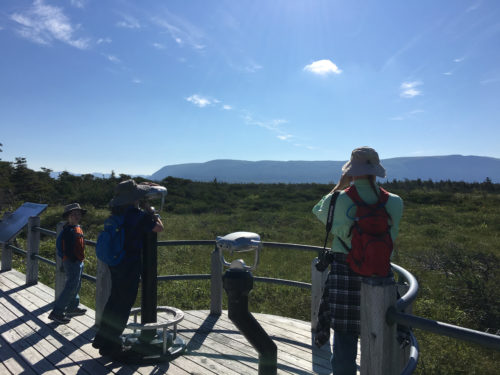 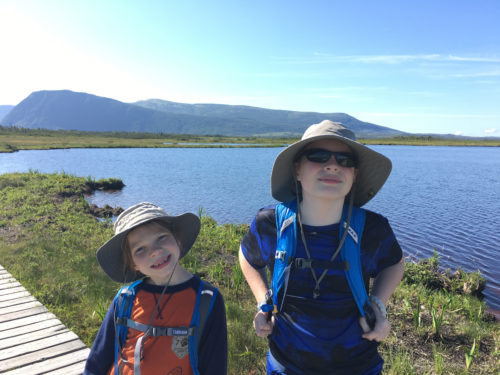 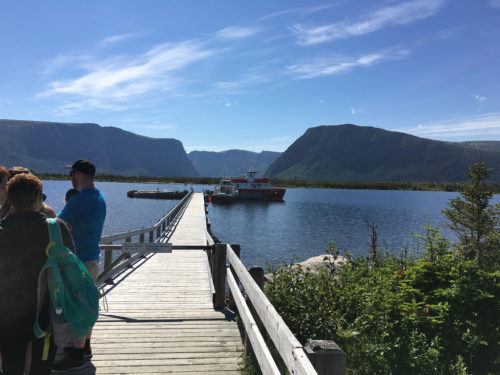 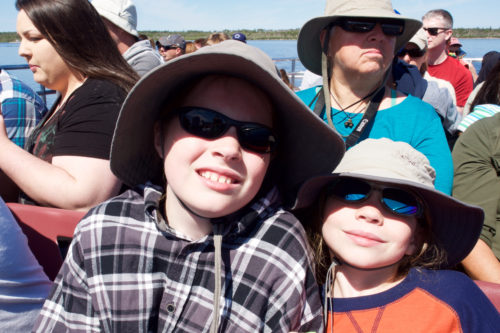 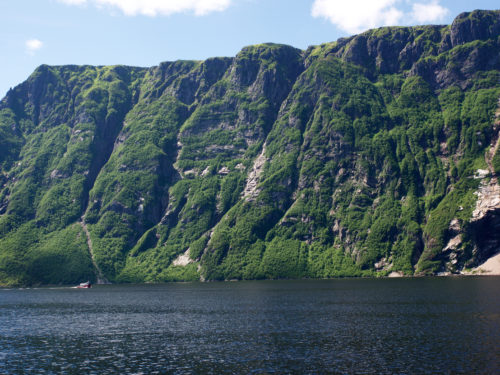 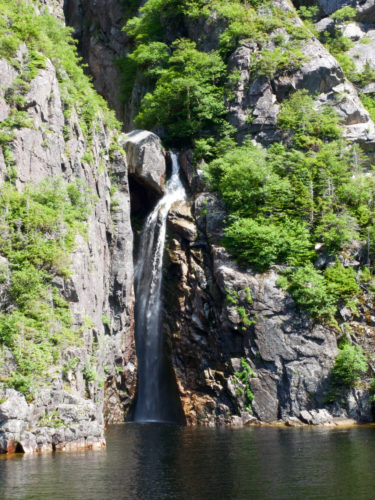 There were many spectacular waterfalls, including one named Pissing Mare. Yup! Who names these things? 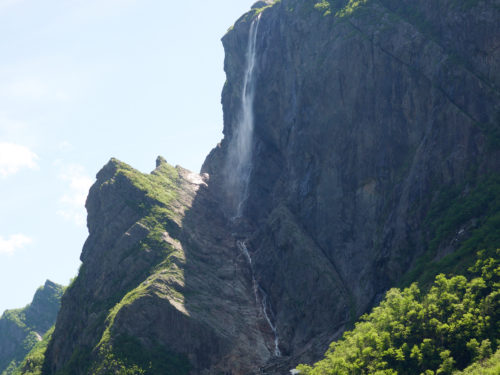 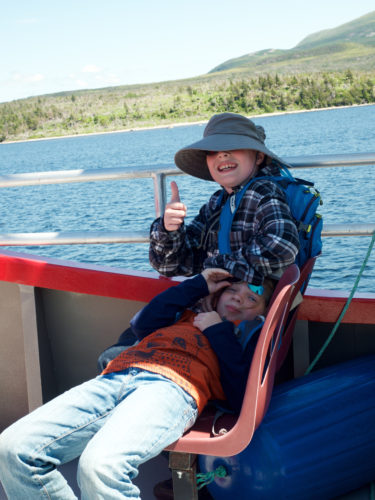 The scenery was just amazing. There are no real words to express the beauty. 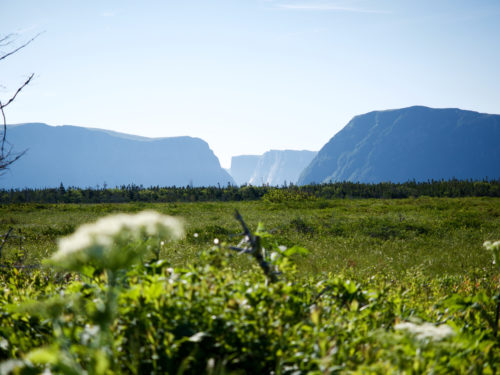 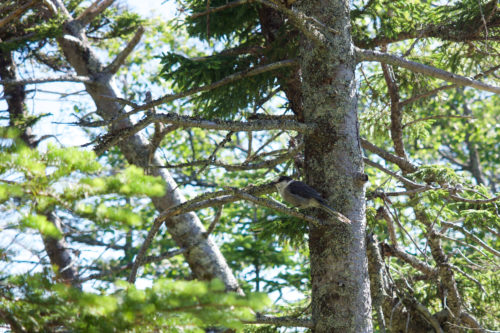 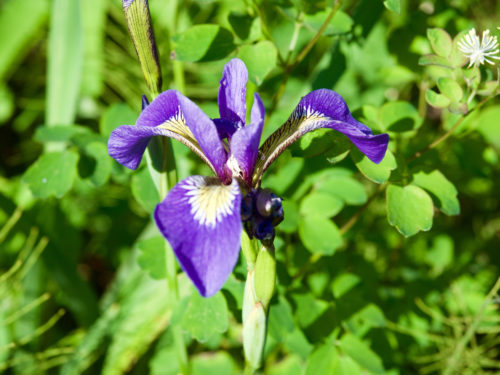 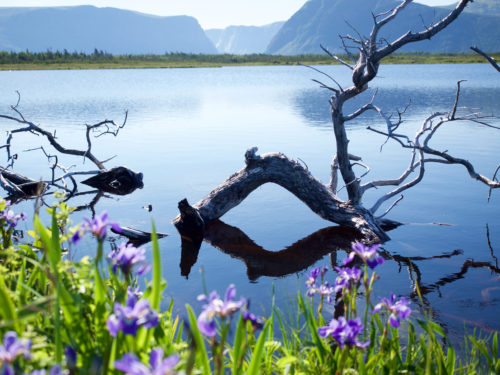 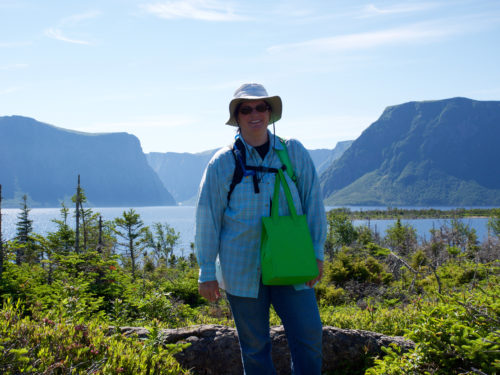 In the evening we send to a fire circle and learned about aboriginal ancestors and their beliefs and practices. We learned the importance of story telling from generation to generation. We were challenged to have our families write down heritage stories and to start to write down ones we have been told from our grandparents.

Breighton was appointed fire watcher. He was in charge of the campfire and ensuring it was boring throughout the program. He took his job seriously and ensured it was handled well.

We learned about â€œsmudgingâ€ medicinal herds (like sage) and had a chance to waft the smoke our selves.

We also sprinkled tobacco leafs into the fire and then walked around the fire it making a wish.

We learned a lot about being kind to the earth and taking only what we need from it.

At the end of the program Breighton was given a â€œtalking stickâ€ from the elder, Mr. Kevin,Â  who ran the program. He makes them and passes them out to special people. 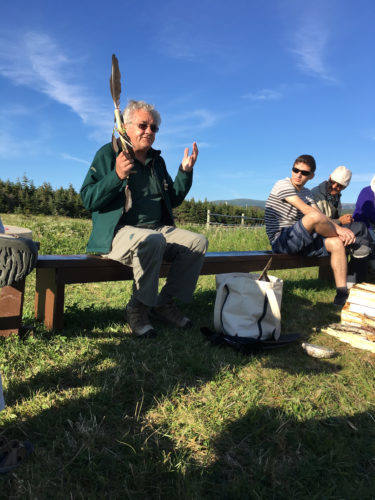 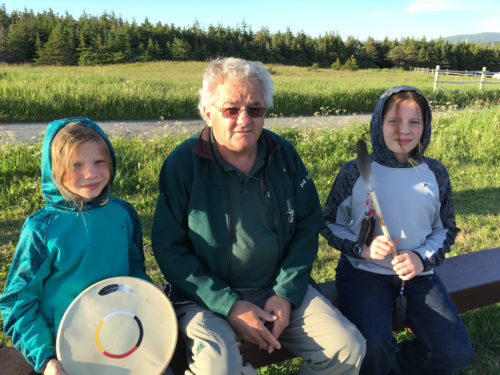