Today we hiked at an area called the Flume. B and I hiked a while with Dad after Mom’s knee had too much. She was sore from the mountain hike yesterday. 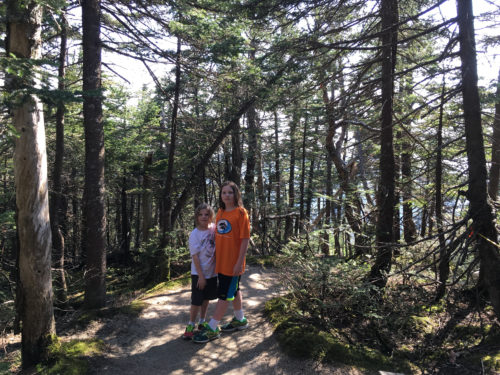 She did hike the Flume and then took the shortcut back. 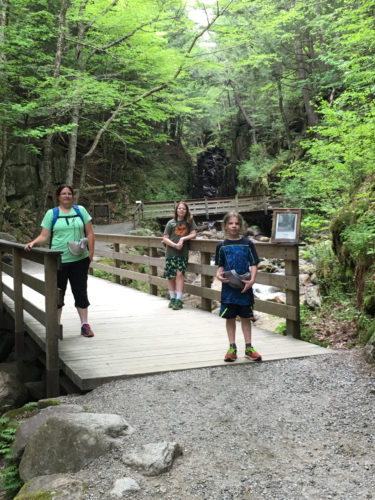 This was amazing to see. The crack formed ages ago and then filled in with volcanic material and eventually washed away leaving this giant flume. 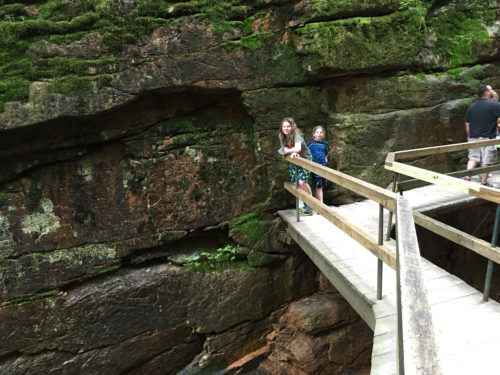 The water was coming off the higher rocks so fast it was creating a giant cloud of mist. 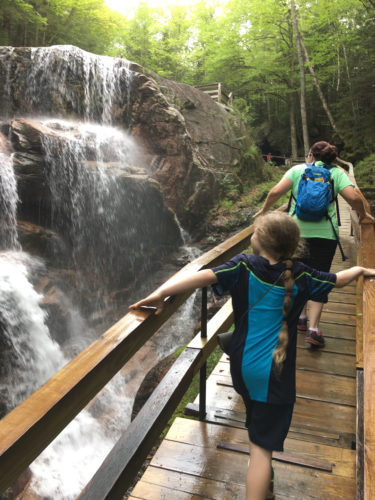 After Mom departed towards the visitors center we continued on. We crossed a covered bridge. 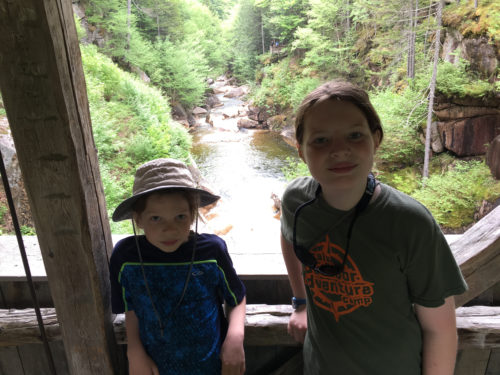 Then we found the Wolf’s Den. It was very scary at first but once we climbed through we were eager to go a second time. 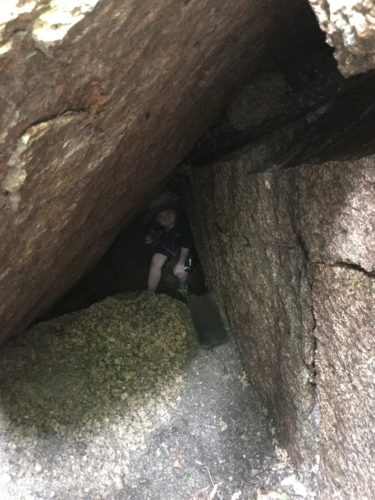 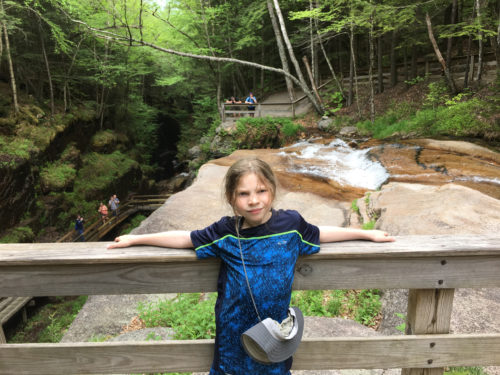 When we got back we had lobster for dinner. I tried it and I still don’t exactly like it. After I had my bite I asked if I could help everyone crack everything open. I really loved that job! Mom said I can eat lobster anytime I want as long as I am willing to be such a big helper! 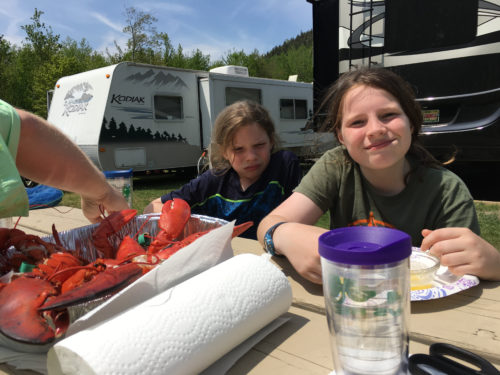 After lobster we went to the beach and swam in the 52F water. Well, it wasn’t really swimming. I was a popsicle in 10 seconds flat. 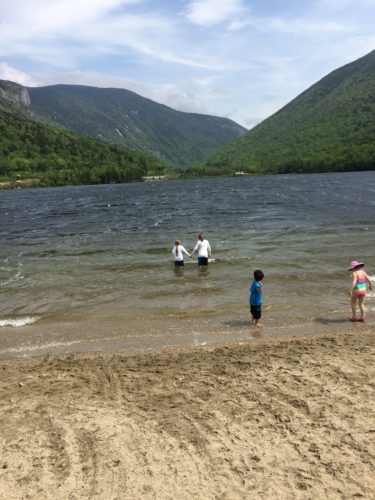 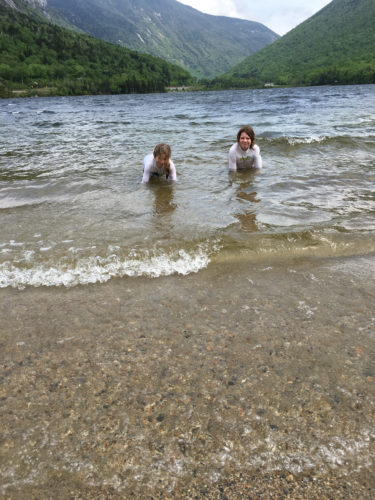 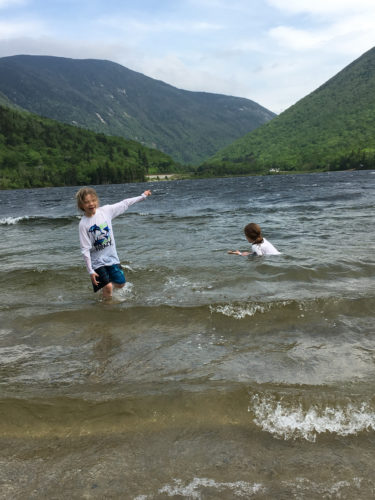 We came back and took warm showers and called it a night. We will be saying goodbye to New Hampshire in the morning.