We started the morning with a bumpy back road to Mt. Washington Auto Road. The Auto Road just opened this week for the season. We were int he front of the line when the road opened for the day. One guy went whipping around us on the way up. It was also Alton Weagle Day and people were making attempts to hike the mountain in funny ways. One man and his dog were dressed at the Grinch and Max. Another guy was wearing a hotdog costume. A larger group were wearing animal costumes. It was just weird! 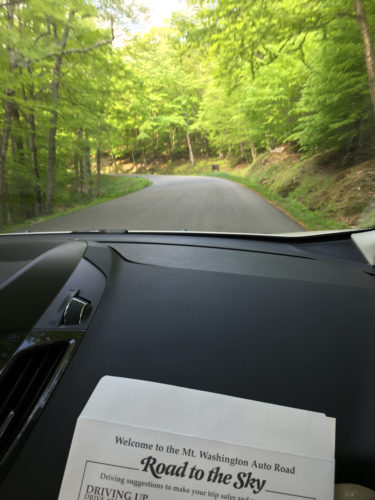 As we went up the view got hazier and then we were soon in the clouds above tree line. 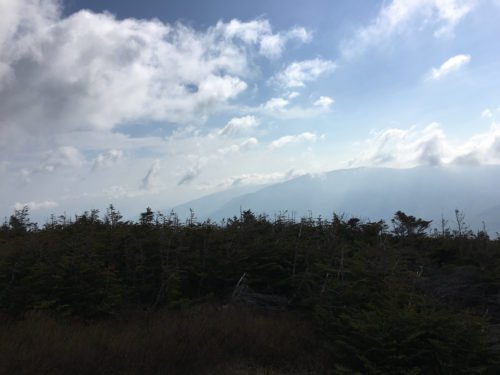 When we finally reached the top it was all cold chilly clouds. 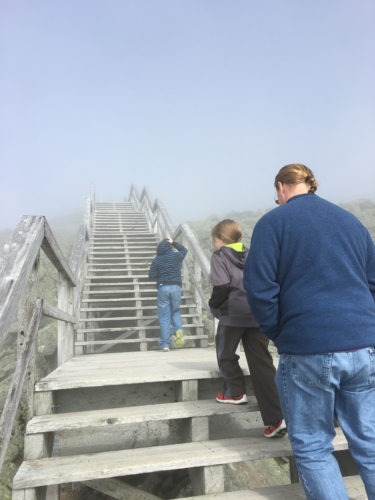 The wind was blowing really hard (turns out it was only 20 mph and the highest ever wind was 231!). 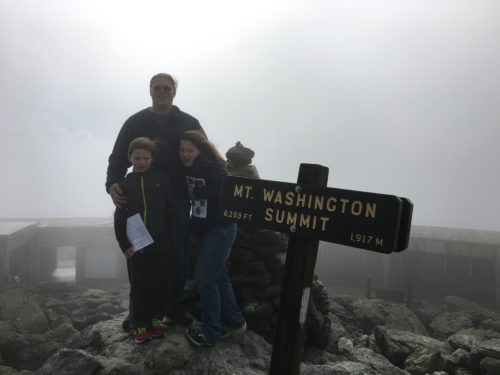 We had an early morning observatory tour and learned about how they track the weather in such an extreme place. 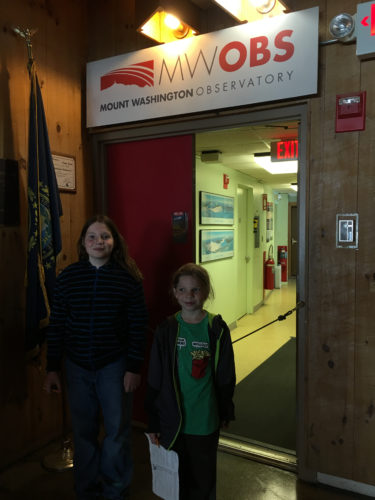 We saw some cool instruments for measuring aspects of weather. 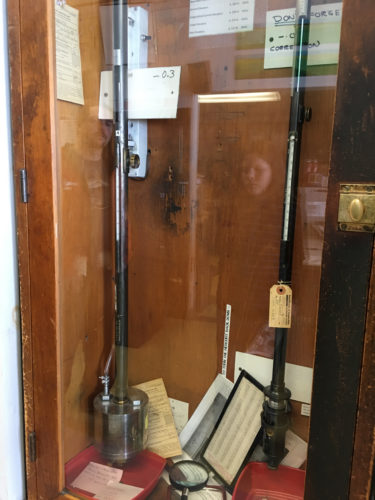 We got to go out on the observation deck and look up at the equipment they use. This tower is where the webcam is located. So if you go online you can see the views from the safety of your home. 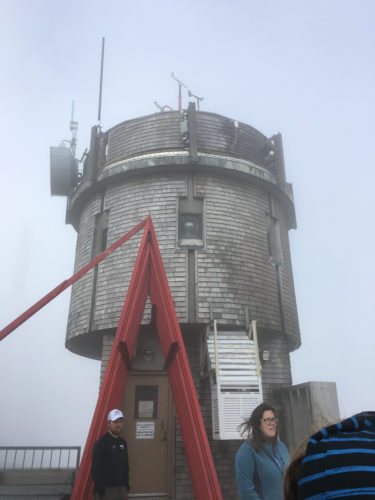 We got to climb up a twisty staircase so see higher up. 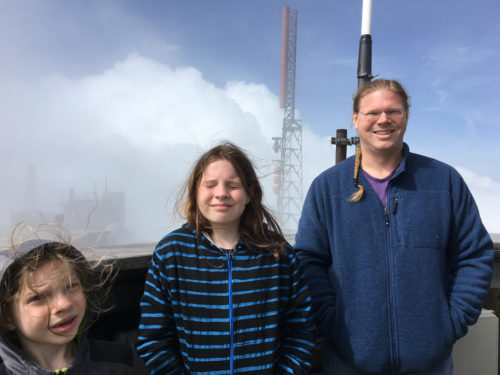 Then they let us climb to the tipped top where the instruments were mounted. In some wether the red bars and instruments get ice all over them and they have to whack it with a hammer to get it off. The weather wind monitor is actually heated so ice doesn’t form as often. 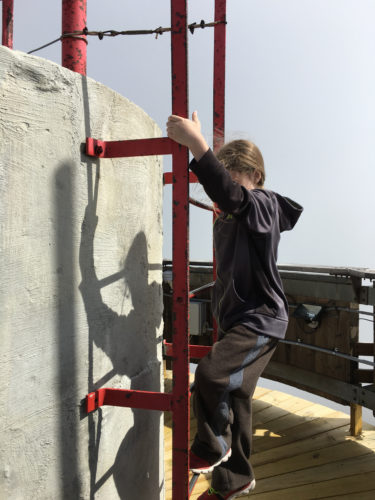 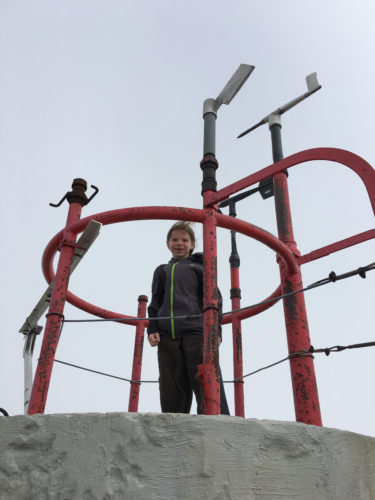 The stairs up and down were super fun! 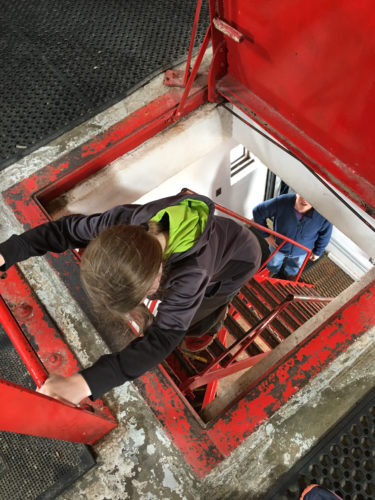 The weather cleared a little right as the COG railway was coming up. 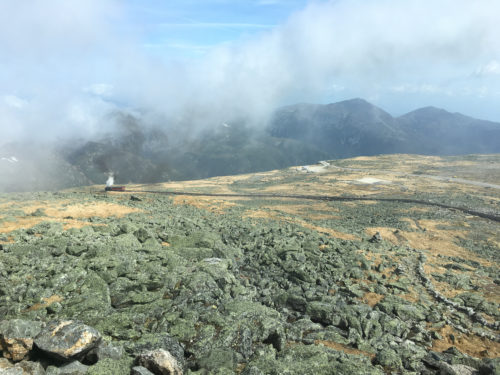 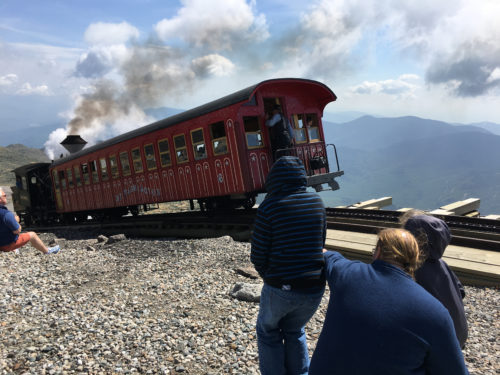 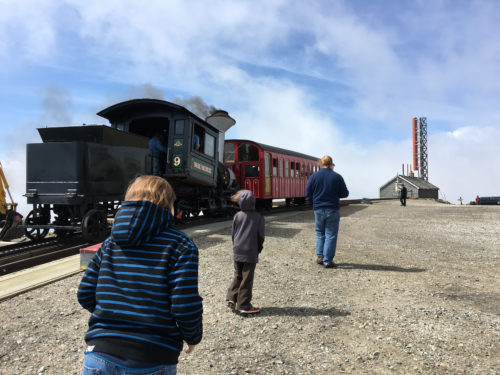 We checked out the cogs and how they worked. 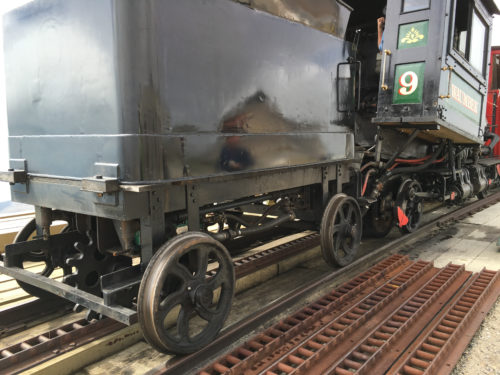 We even saw a reconstructed building. The original blew away in strong winds so now this one is chained to the mountain! 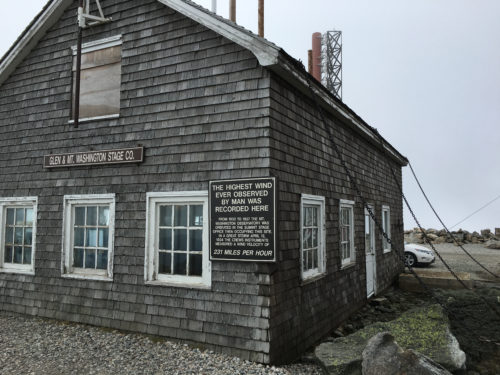 Down down down we go. You have to make sure you down burn out your breaks with the 7 miles down. There are lots of places to stop and cool breaks or add water to radiators! 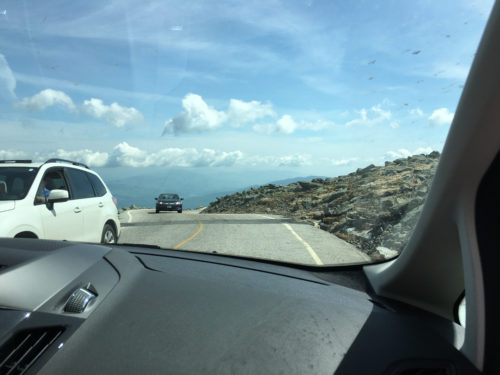 At the bottom there was a little museum with some of the first coaches that horses pulled up the mountain. 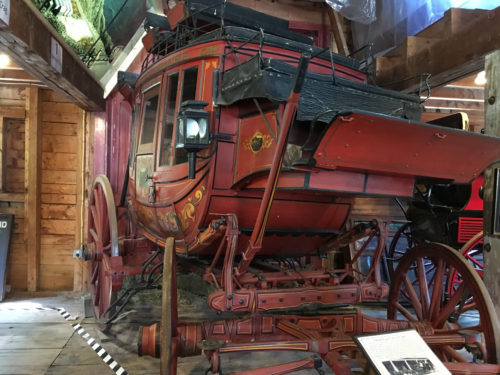