We arrive outside of Washington DC Sunday evening. We are staying at a huge campground in the College Park area. They have several pools, playgrounds, putt-putt and so much more. B and I played at the playground while Mom and Dad visited the camp store. Mom got a text from B that I got hurt. I was sliding down a bar and slipped and smashed face first into the bar. There was a LOT of blood. Some of the blood was from around my new bottom teeth. Mom called the dentist back home and received orders to follow up with an x-ray locally. We made an appointment for the evening after we visited Gettysburg. Everything looks okay. You can see I am due to drop out a few more teeth soon though! 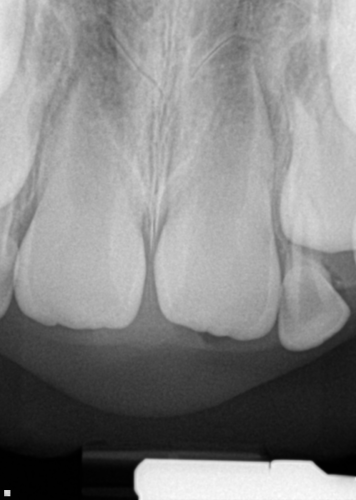 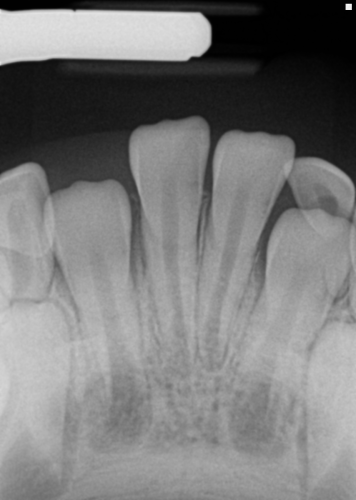 So we spent the day (before the dentist) exploring Gettysburg. 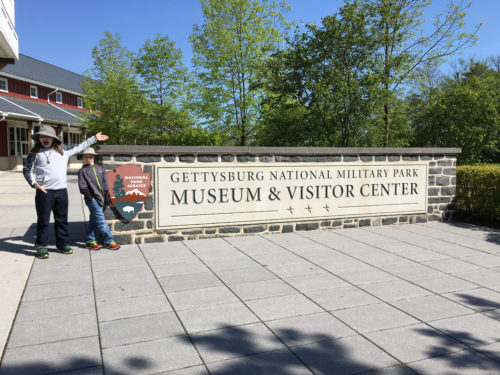 We arrived at the visitors center and opted to do a tour of Eisenhower’s house. It was the only house the Eisenhowers owned as a married couple. Both died in the home.

On the bus to the house we worked on our Jr. Ranger books for Gettysburg. We saw lots of battlefield areas out the bus window and listened to a very informative audio program. 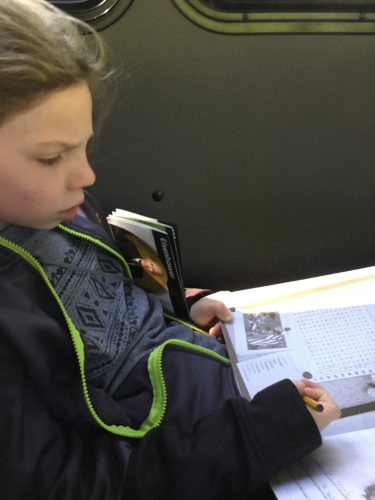 We had a great tour guide and learned a lot about Eisenhower. Did you know if was an accomplished oil painter? He picked this land because he was interested in soil conservation. Â The Jr. Ranger program for this site was actually a Junior Secret Service program. We had to decode messages, train to be agents and learn to be observant. It was fun! We earned out badges and headed back to the bus. On the way back to the Gettysburg Visitor’s Center we saw a cow laying down in a field giving birth! 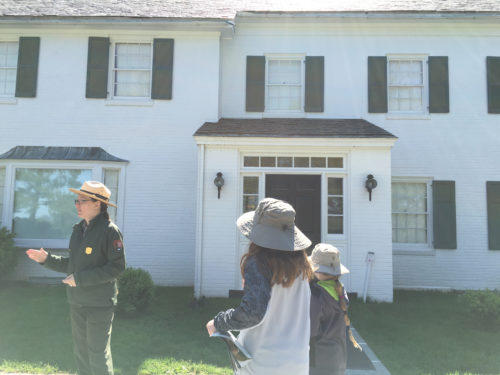 Back at Gettysburg we watched a long film on the history of the Civil War and the significance of Gettysburg. We saw the cyclorama painting that depicted Picket’s Charge. We worked on or Jr. Ranger book. 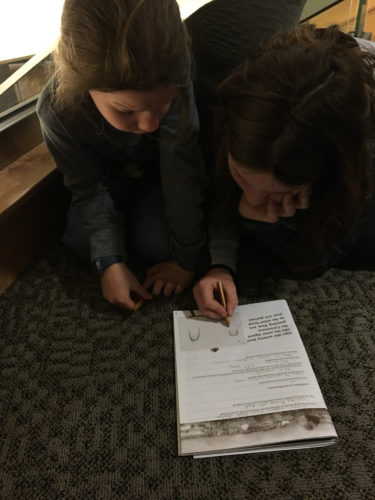 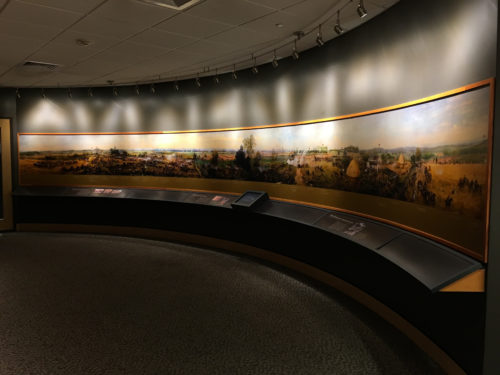 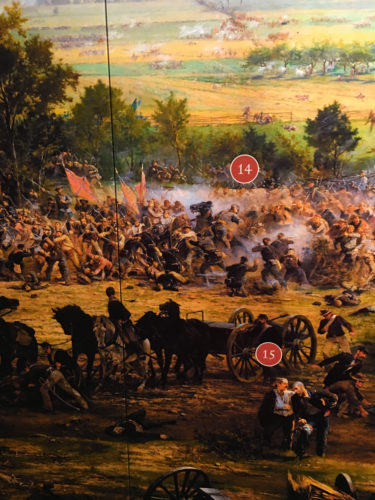 We earned out patches. They do not have the badges here because the are “dangerous with the pins”. 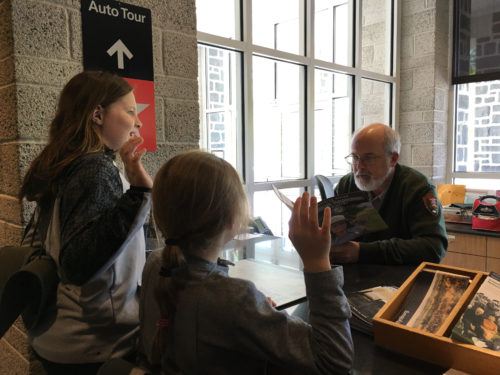 It was really neat to see the battlefields and learn more about the Civil War. 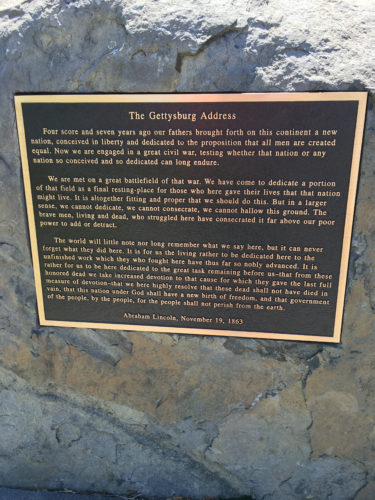 Abraham Lincoln was quite an amazing man. I was speculating how our country would be if he wasn’t so set in his choices and stood up for his beliefs. 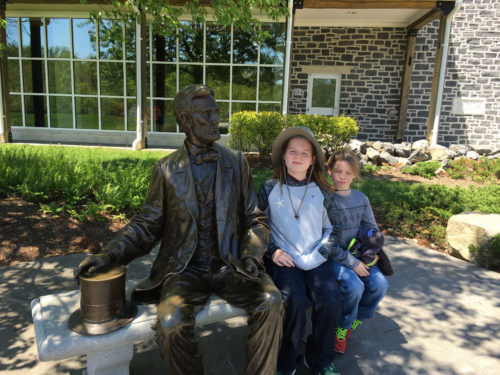 We were shocked to learn that 51,000 people were injured, killed or captured during the Battle of Gettysburg. People died all over the battle field. Many died at the stone wall on the 3rd day. 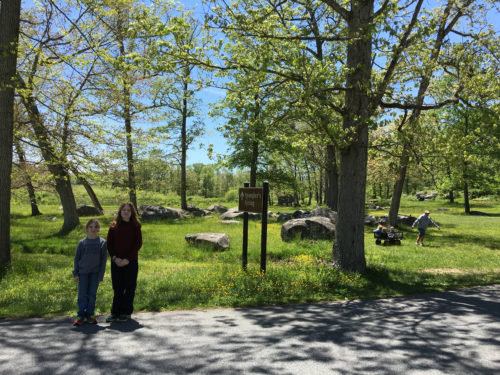 We saw statues dedicated to those that died or fought. I liked the spring. Too bad it was closed and we couldn’t get a drink from it. 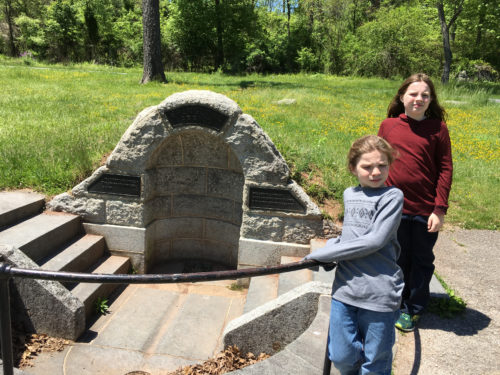 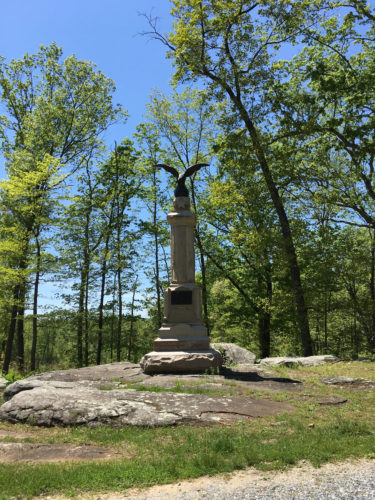 They had some replica cannons near an observation tower. 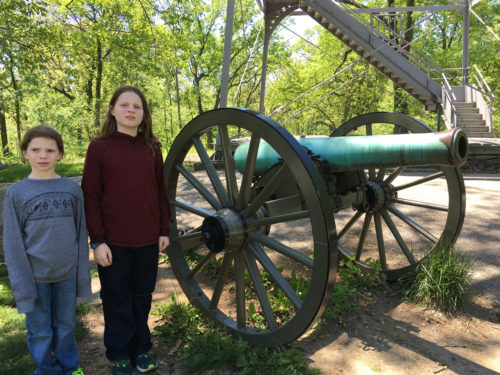 We climbed the tower and could see lots of the battlefields. 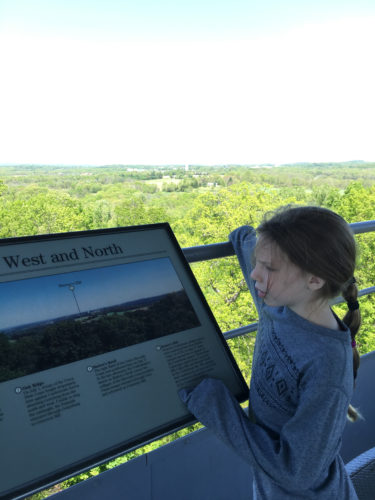 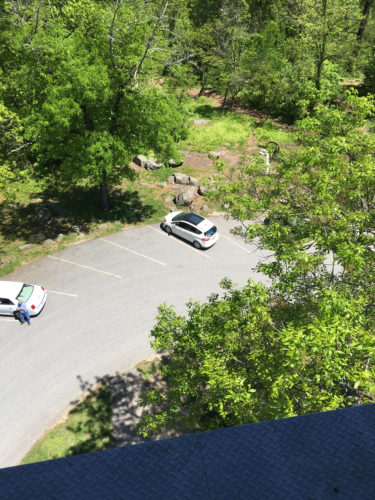