We visited Florida Caverns in Marianna, Fl for a few days of fun and relaxing. I found lots of critters. I think my favorite was this southern tour, I named him Southernie. 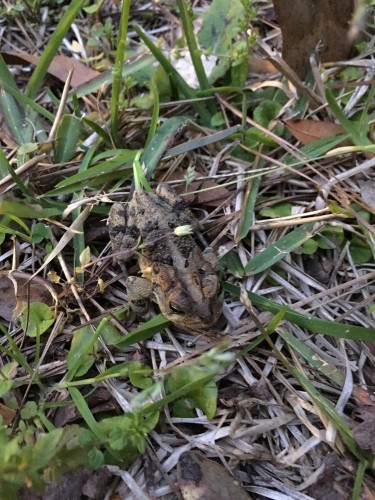 We signed up for two cave tours. We had to wait for a large group for the first morning tour. We played on the rock walls and enjoyed the fact that the ground was not completely flat! 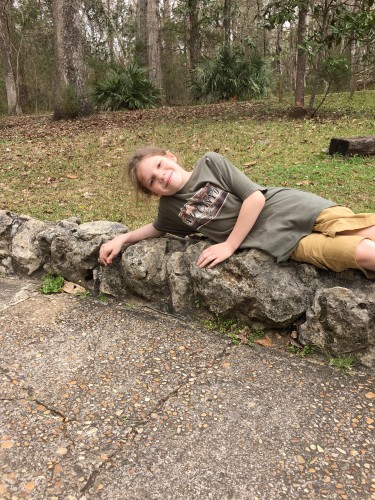 In the cave we saw lots of familiar cave sights. I thought this was cool since I didn’t know any place in Florida was high enough to have anything other than water caves. 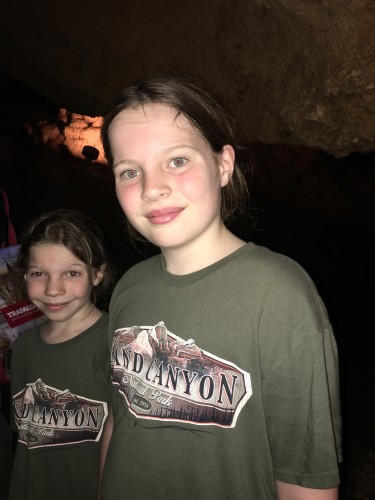 I loved the flows. 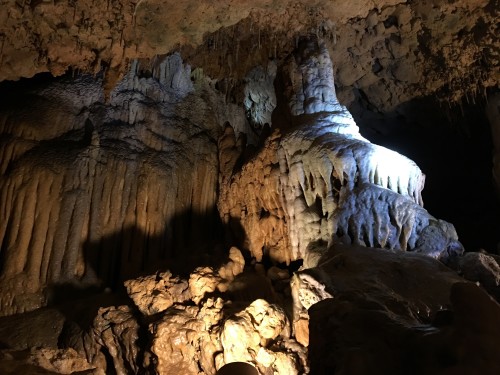 I tried to get lots of cave kisses, drops of water. 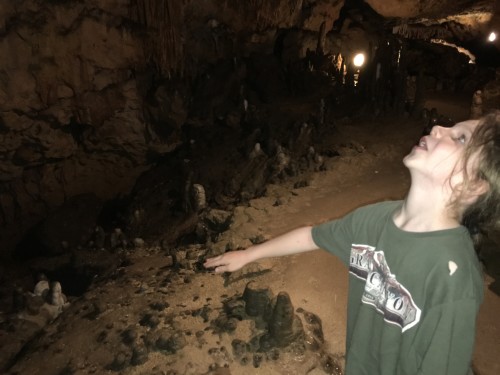 It was a very wet cave and a few areas (called the basement) were closed due to standing water. 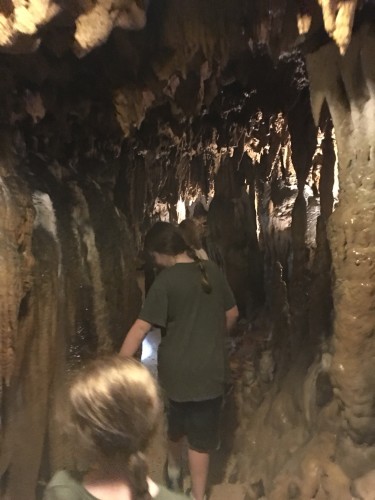 We had a great time naming all the structures. 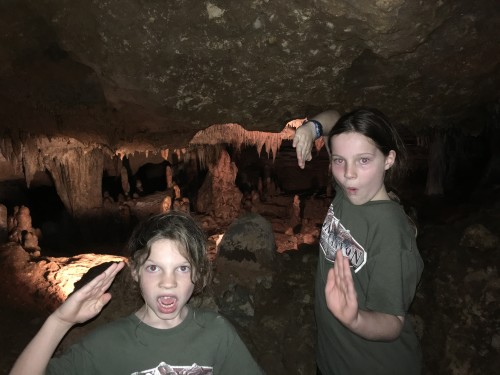 After the tour we hiked a few trails, including the tunnel cave trail. We could hear bats but never saw any. 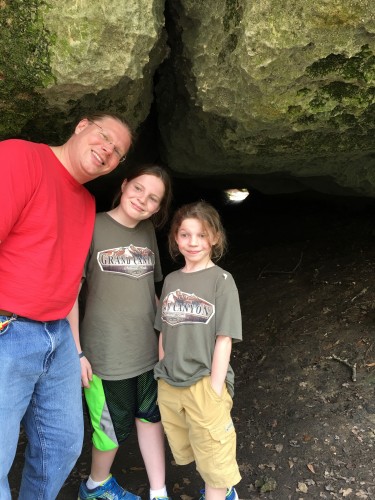 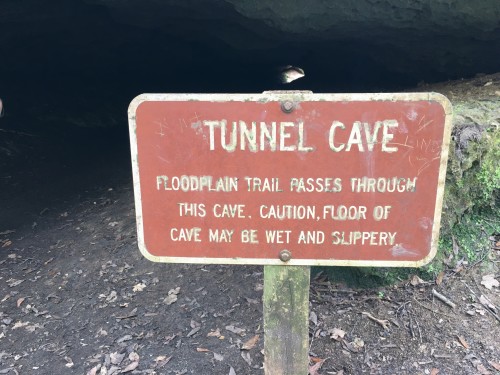 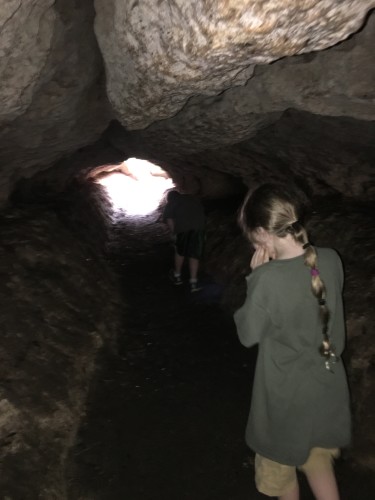 After the cave we were treated with HILLS. 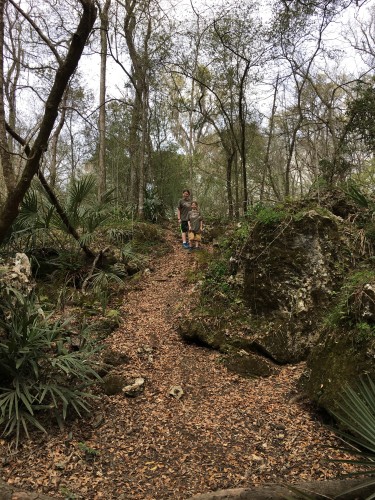 I liked looking off the rocks down into entrances of the caves that were closed off to keep the caves safe from people damaging them. 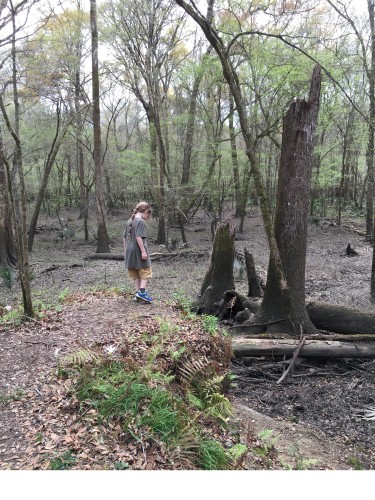 In the evening we returned for a flashlight only tour. This was awesome! We found lots of bats and saw the cave from a very different point of view. 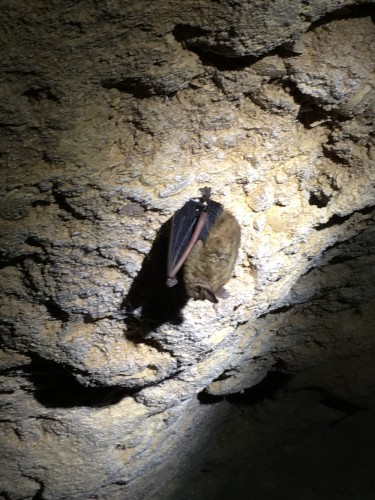 The next day we drove to Tallahassee (1 hour away) in hunt of a white squirrel. I have wanted to see one for the last 4 years, ever since B saw one at a 4-H event. 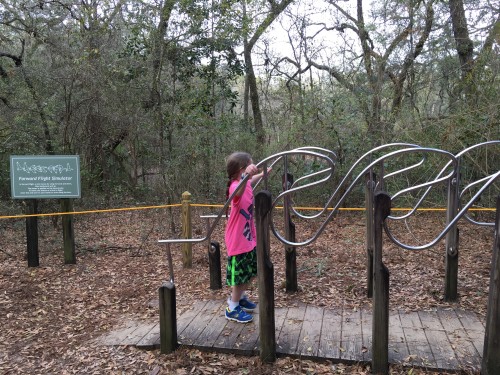 Mom and B did a treetop course and I stayed not he ground with Dad. I had fun yelling up to Mom and B. 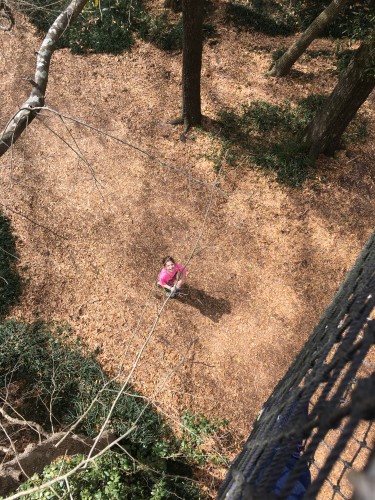 Mom wasn’t too excited about the ziplines but had a lot of fun. 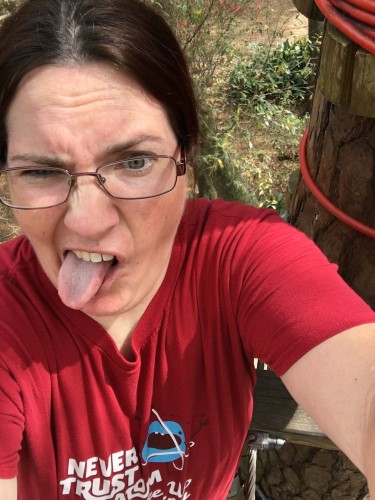 My tooth finally got to the point where it hurt to eat. It has been hanging by the root for a week. 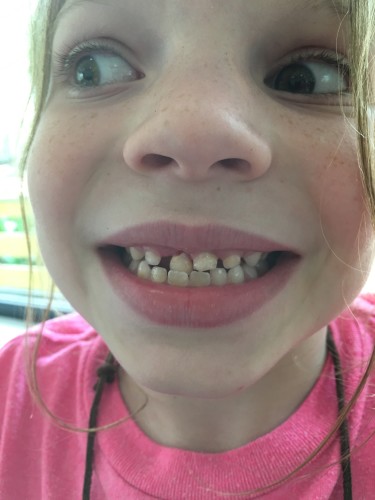 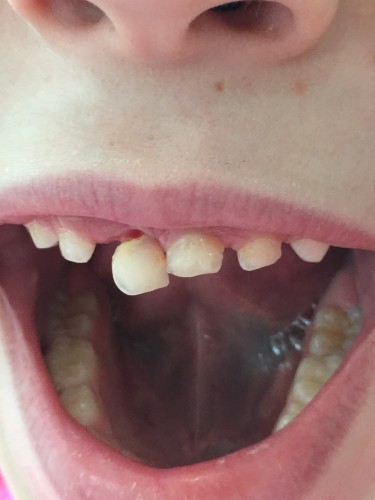 Dad said he would flip a coin and if it was heads Mom got ONE try to pull it. If it was tails, we let it dangle longer. Guess what, HEADS! Tooth gone. It bled a LOT. I mean a LOT! I was in tears but got through it quickly. I adopted a stuffed snake named Mango from the gift shop and I felt all better. 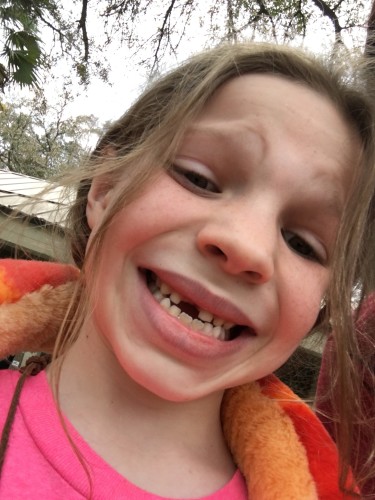 I can put an orange in the spot! 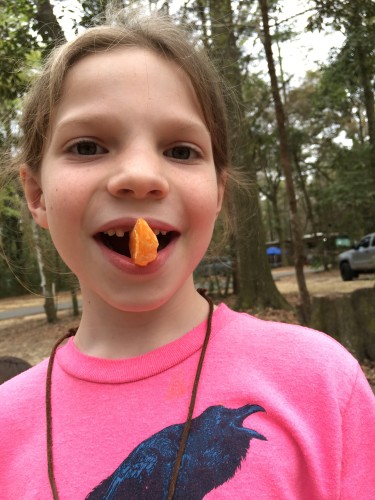 The Tooth Fairy came and left me $5 as we traveled onward towards Georgia for a motorhome rally and Mom’s RV driving school. 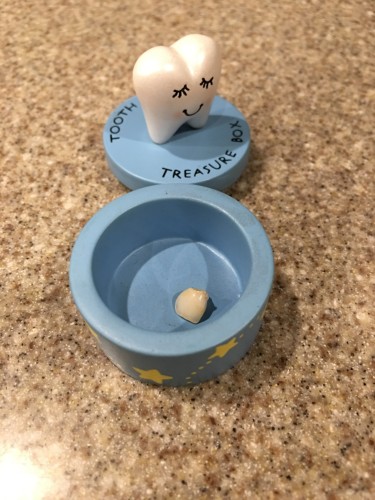