Today they offered a free homeschool day at the Dali Museum. Mom had signed up a long time ago. We have read about Dali and watched some videos when we studied him in the World’s Greatest Artists book series. I love the building and all the geometric shapes and symmetry. 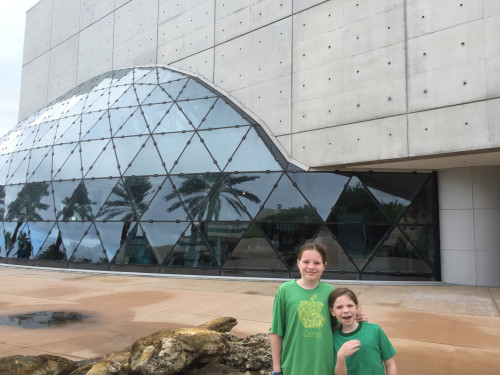 We checked out the park nearby to kill some time before the 10am opening of the museum. 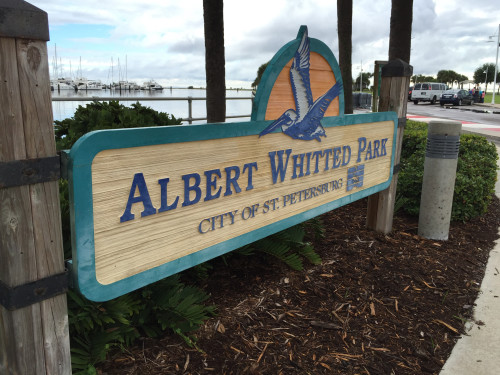 They had a garden area with sculptures of the giant mustache. 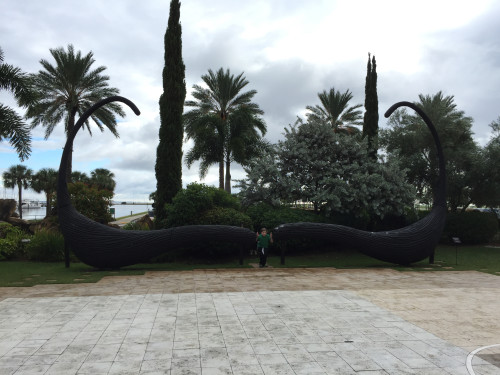 I greatly enjoyed the topiary type bushes that made a giant rabbit-dragon? 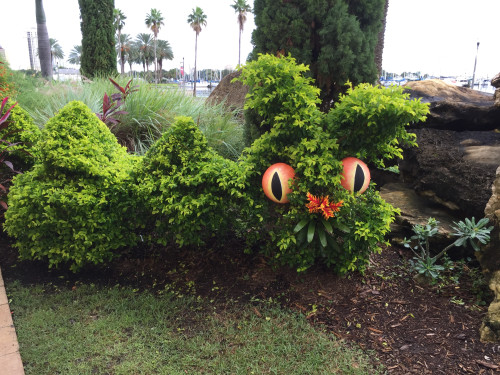 I thought the bench was hilarious! What a twisted mind. 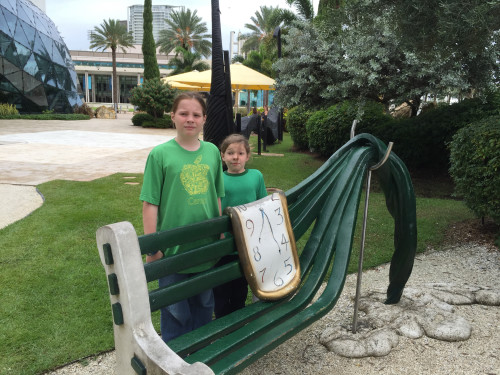 The maze entertained me, even if it was raining. 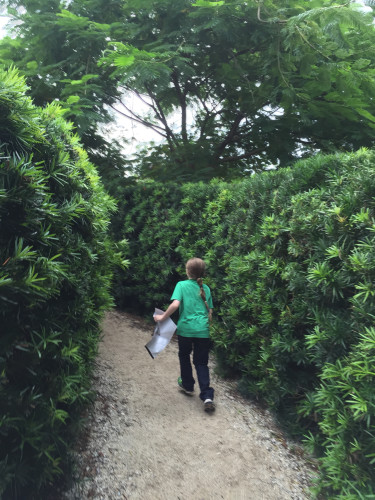 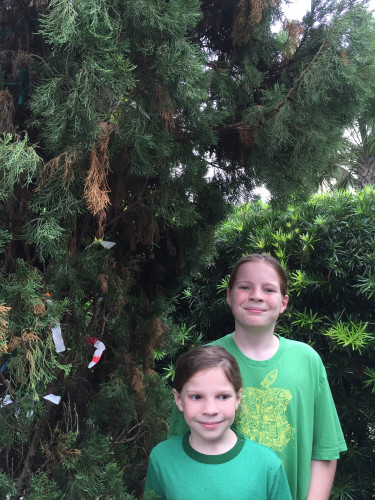 Inside we listened to a headphone audio tour. I was happy they had a “kids” version. I laughed out loud many times. So loud people were starring at me but that is nothing new! I learned how wacky Dali really was. He was an outside of the box kinda guy and I think that is awesome. I thought some of his paintings were very small but had amazing details. I enjoyed learning about all the symbols in his paintings like melting objects, clocks, crutches and his bald headed father with no brains. 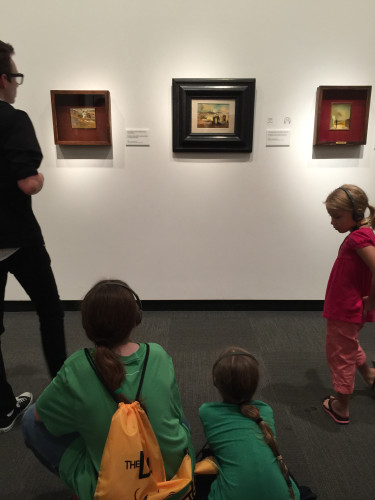 This was my favorite painting because it tricked me. I saw the bull in the botton left fairly quickly. It took me a while to find the matador (he is wearing a giant green necktie). This painting is 18 feet tall! Dali got his inspiration from a box of colored pencils with the Venus De Milo on the front. 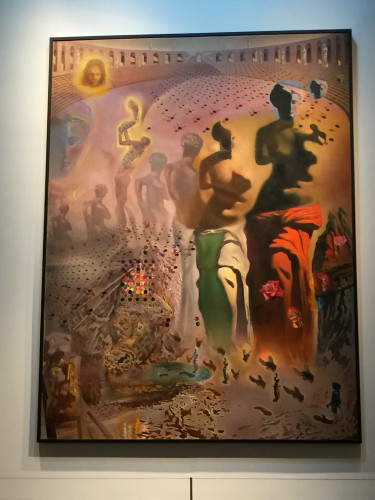 We played with the interactive spear and the camera. 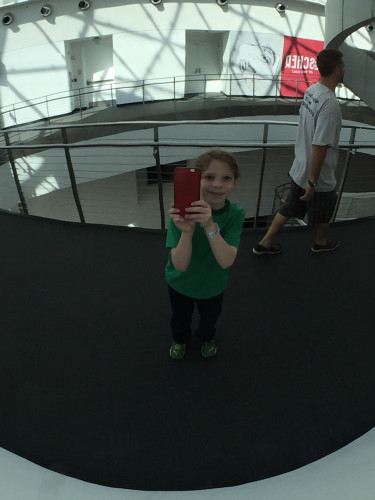 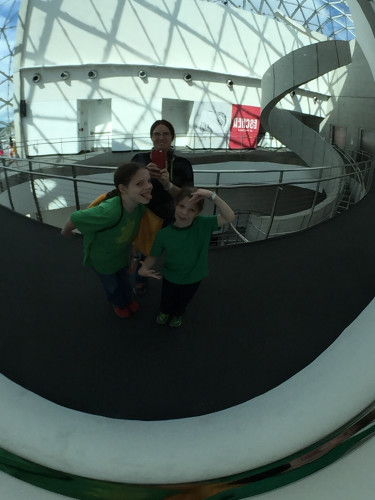 I thought this looked like we were laying on the floor. 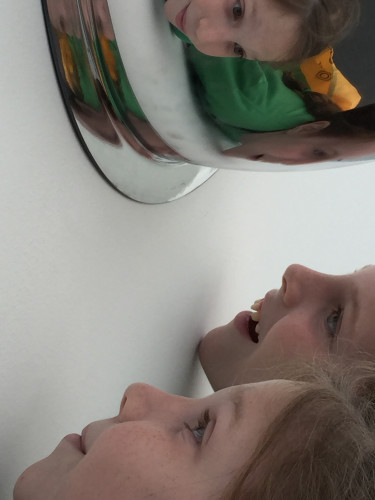 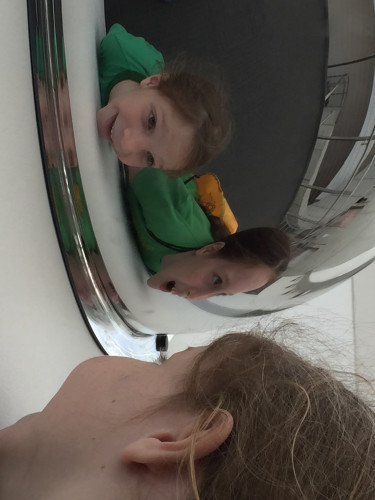 We enjoyed the art room. I watched as B worked on his tessellation project. Mom helped me make a puppy dog one. 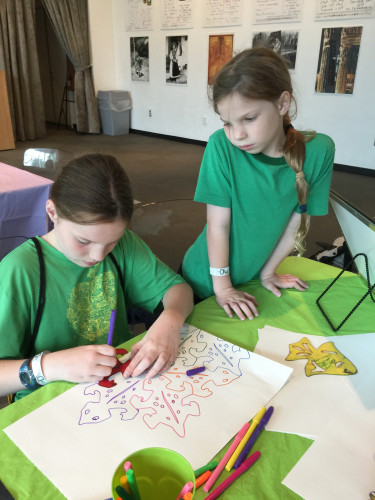 We saw lots of friends and drew and colored for quite a long time. 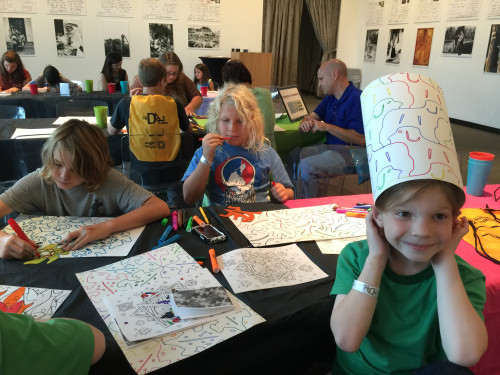 I really enjoyed the trip to the Dali museum. Oh, MC Escher had a traveling exhibit. His work really spoke to me because of all of his use of symmetry. You all know that I am Mr. Symmetrical!