Mommy woke us up at 4:15am and we were loaded and on the road in 15 minutes. I crashed back out but not for very long. 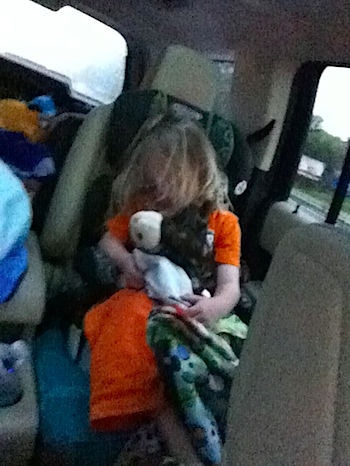 After 12 hours on the road we stopped for a pit stop at Ruby Falls near Chattanooga, Tennessee. 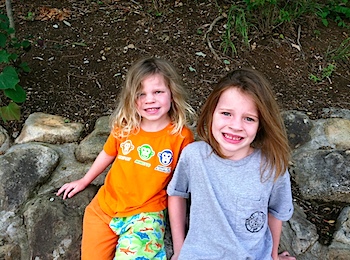 We went down into the caves. I wasn’t so sure about the caves. They were wet and cold. 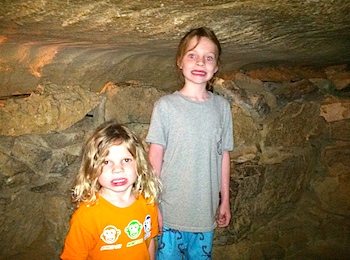 The tour guide, Andy, was pretty awesome. He was also a bit scary! 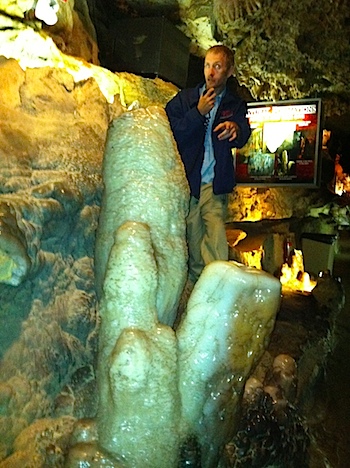 They have a lot of the cave formations labeled as to what people think they look like. This one is called “Donkey” because it looks like the backside of a donkey! 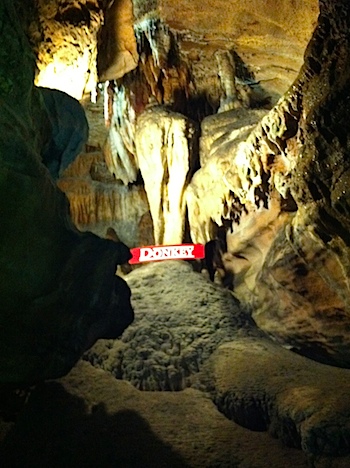 Finally at the furthest point. The beautiful waterfall. It is lit up for just a few minutes so people can take photos. Then it goes black. 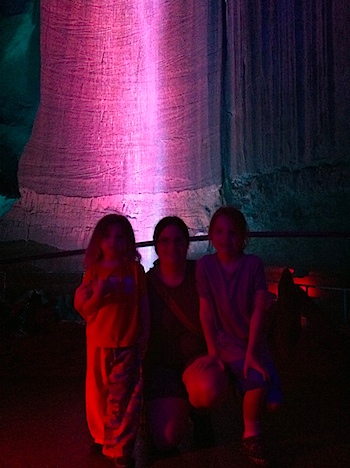 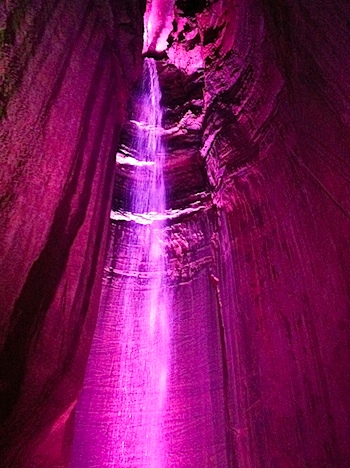 I was afraid it was going to turn black. Breighton really tried to make sure I was safe. He held on to me to keep track of me in case it did turn black before we got back up the ramp. We made it! 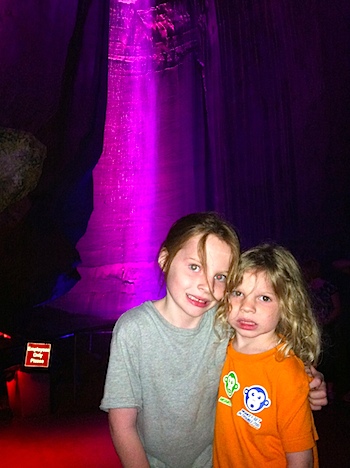 Checking out the lookout tower. It was so pretty. 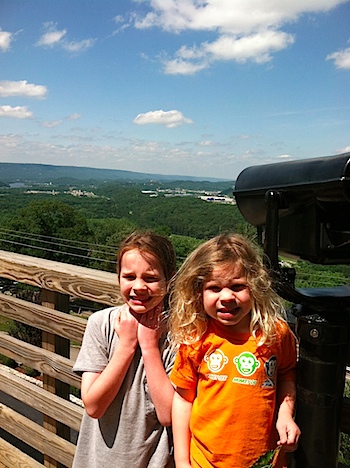