The next morning was sans Dad again. We headed into the park and towards Apgar Visitors Center to get signed up for a park program on Wednesday. After that we learned that the nature center and morning hike werenâ€™t for 2 hours! Ooops! We walked down to the village of Apgar and grabbed some hot cocoa. It was 34F outside. The temperatures were rising quickly but we were all in short sleeves and the boys in shorts. Thankfully we had jackets and the cocoa warmed the bodies. 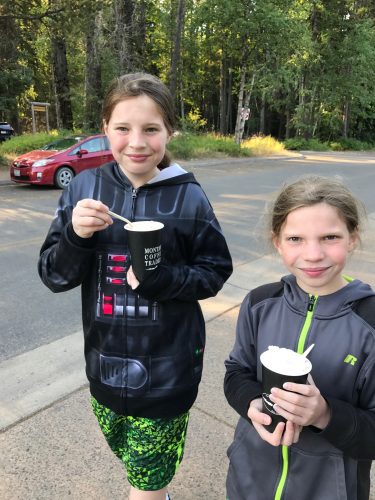 We visited all the little shops in the village and then headed down to the water. We skipped stones in the lake and enjoyed the cool morning air. 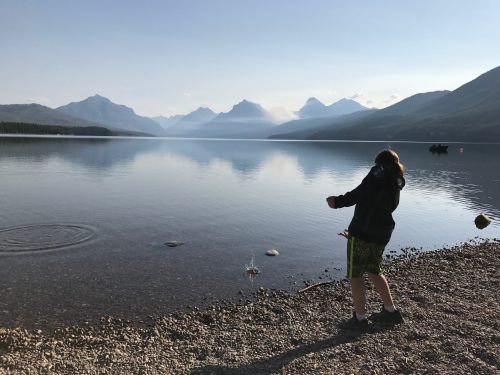 At 10am we arrived for the Junior Ranger Guided hike. We learned about the WOW factor of the park. We saw beaver lodges and learned about adaptations. We didnâ€™t know that beavers had two eyelids, one set acts as goggles! We met two families of full timers with kids and enjoyed chatting about our road experiences. The boys loved having kids to chat about video games and travels with. They compared favorite spots we have been and each left with a list of places they wanted to go! We checked out the nature center at the end and then walked back to the visitors center and the boys earned their Junior Ranger badges for Glacier. 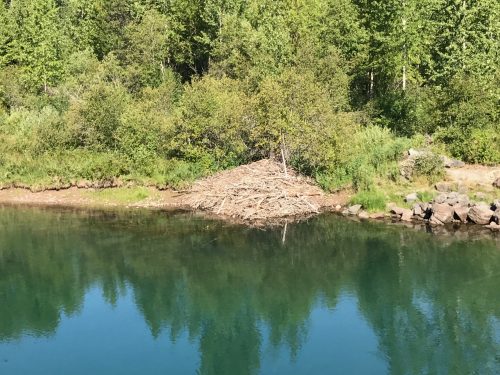 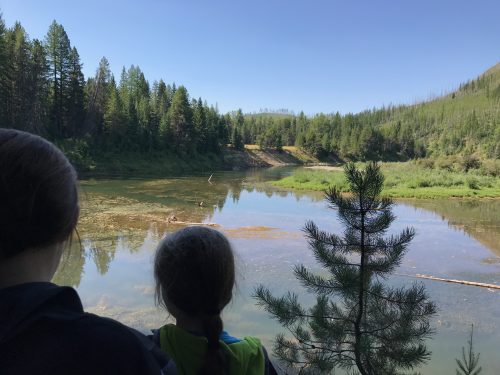 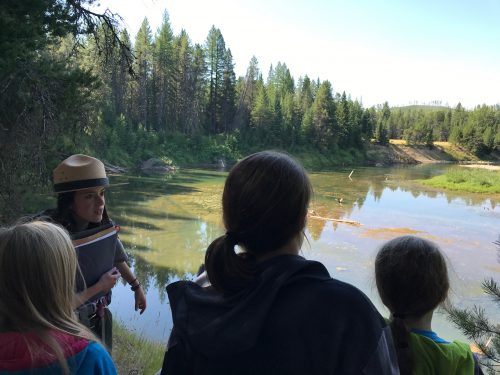 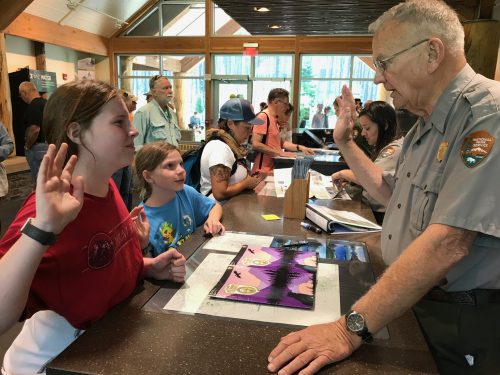 We ate lunch in the car on a drive up the Going-to-the-Sun Road. We hiked down to the river of a waterfall. We found â€œriver poolsâ€ with aquatic life in them. We found worms, something that looked like a shrimp and even a frog! 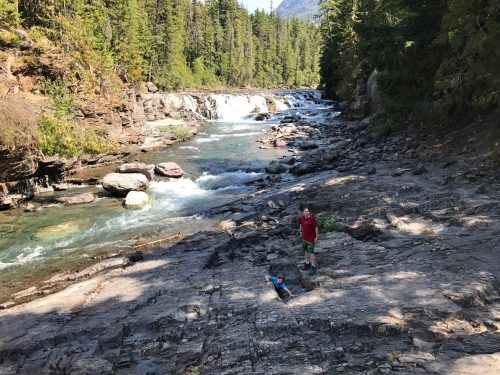 Then we headed to fight the traffic at the Trail of the Cedars. We looped a few lots and snagged a great space near the trailhead. We walked the 1 mile loop and learned about cottonwood, Western red cedar and Western hemlock trees. We compared the bark of the trees. We were all equally impressed by the cottonwoods deep craggy bark. There were lots of fallen trees with roots exposed that were throughly explored. 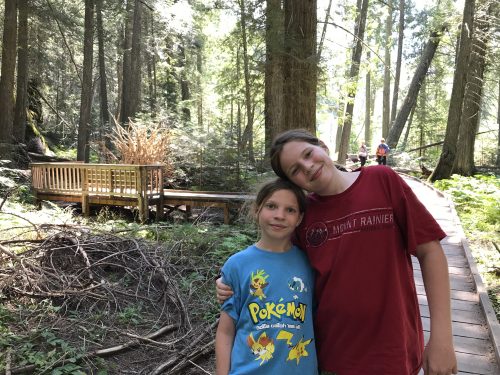 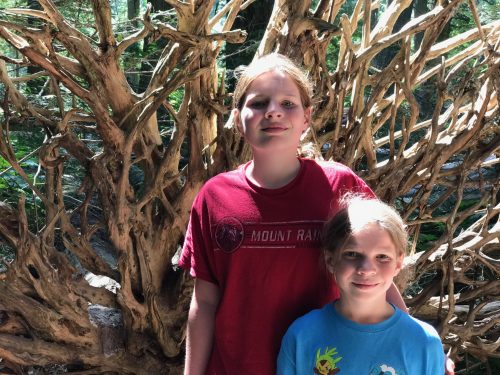 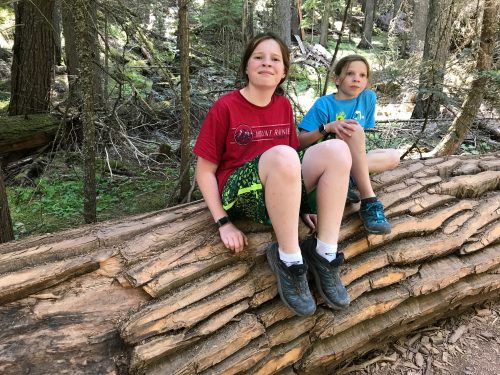 Fun was had by all at the fallen trees hallow stumps. Apparently it was the pit of the beasts or something. 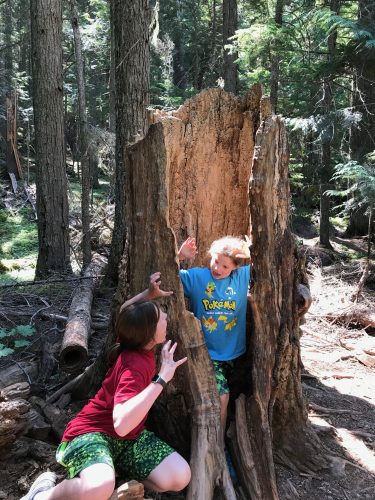 The boys found logs across the stream to a little island. Many people had already crossed over so we joined them for a bit knowing safety in numbers in bear country. Mom had her bear spray on her hip during all of our hikes in grizzly country! We loved climbing the logs and exploring the little island in the stream. 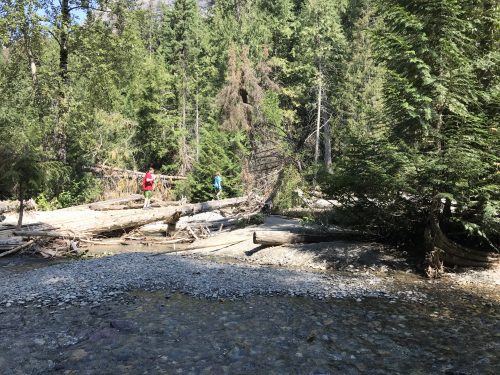 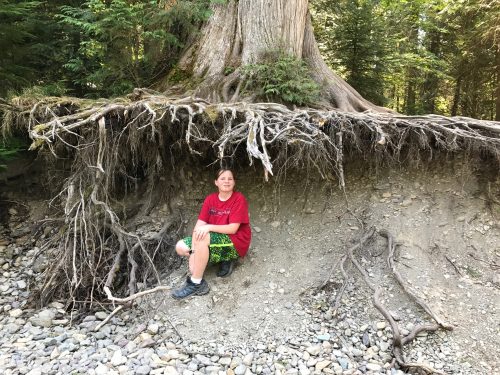 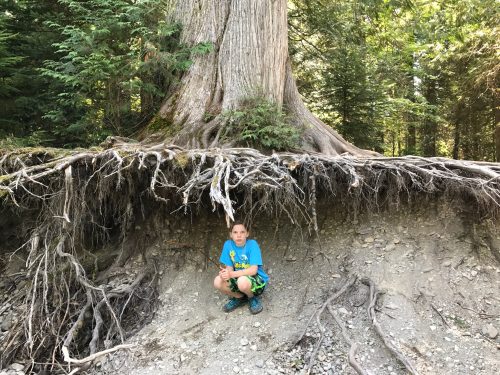 We always love finding Emmerson selfies on the phones.

We called it an early day and headed back to camp to get Dad so we could drive to the next town to ship a FedEx package off. We grabbed supplies at Walmart and had Chick-Fil-a for dinner. Boy was that yummy after so many PBJ and pasta meals! 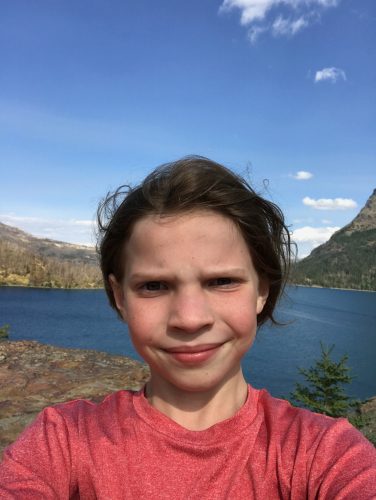 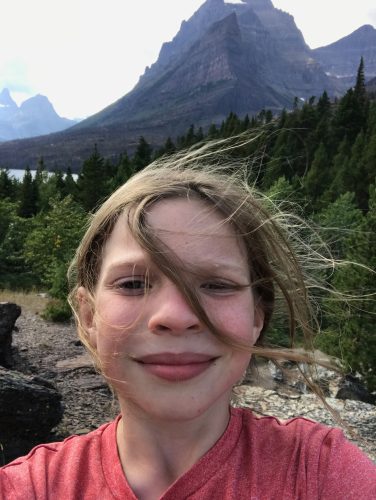