The marine park runs along the fjord and to get to the other side it either takes a 4.5 hour drive or a 20 minute ferry. We opted for the ferry, it is free. The system was quick and smooth. 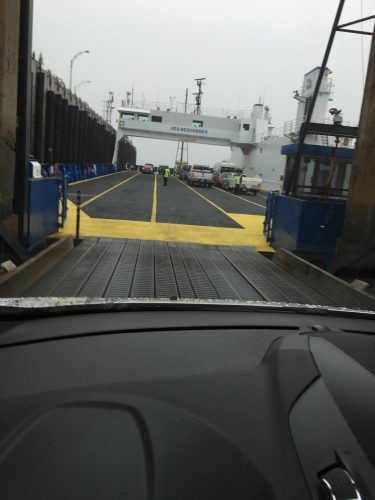 You can see Baymax in the right hand side of the photo. We explored outside the care for a few minutes and then headed back to stay warm. 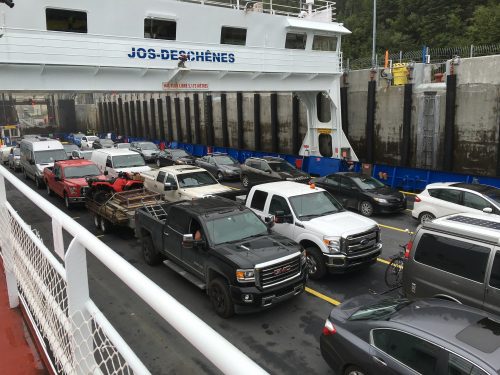 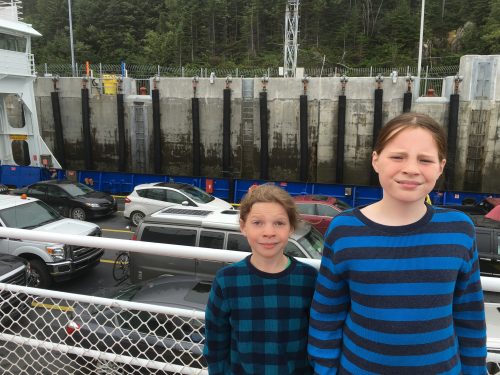 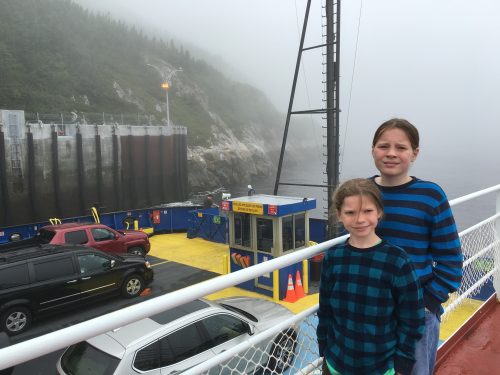 We arrived at the other side and headed to the next visitors center. We wandered down to the rocky shores and waited for a program to begin. 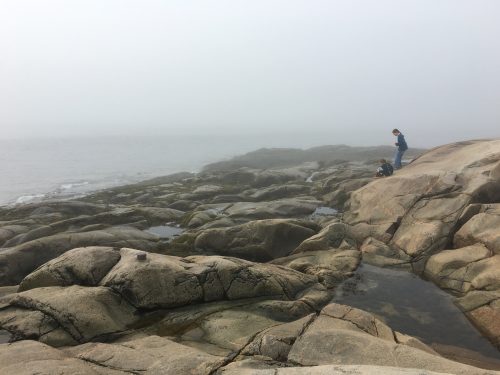 There were divers down in the water and they would bring up marine life to the pools for us to explore. They had huge chucks of ice in the pools and the sea water was pumped up from below the rocks we were climbing on. The pools had signs designating the language spoke. Three pools were in French and one was in English. There was also one just for kids but we felt the adult program would be more informative. We were correct. 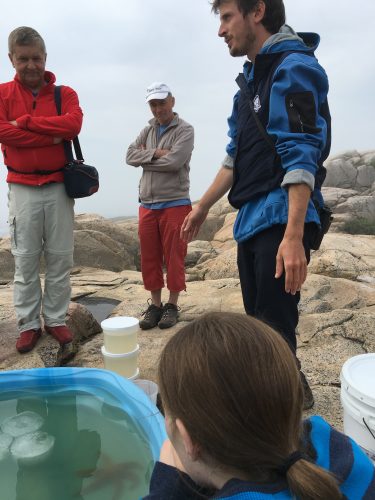 We saw some very unique species to the cold waters. This is a polar sea star. 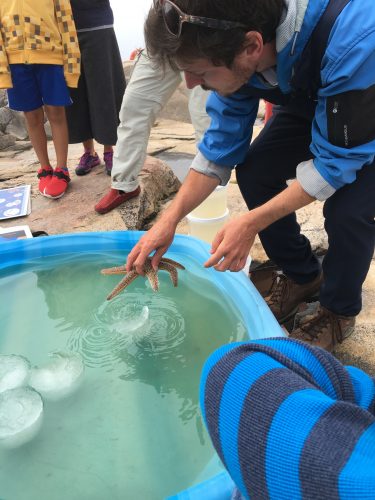 A spectacular sun star was one of my favorites. 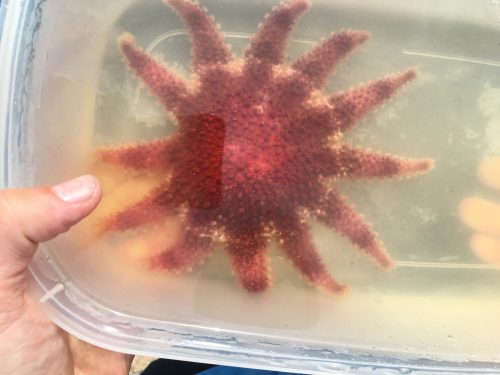 This is a toad crab. Although the guide insisted it was a spider crab and that the rock crab was a toad crab. I tried to correct him but had no luck. I made Mom Google the information on the spot and I was correct. There was also a display we found later in the visitors center that backed my observations. 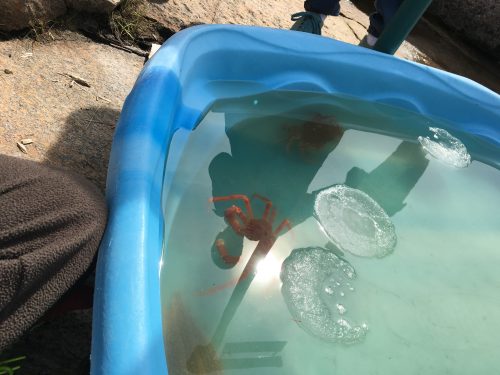 We waited eagerly as they added new species to the pool. 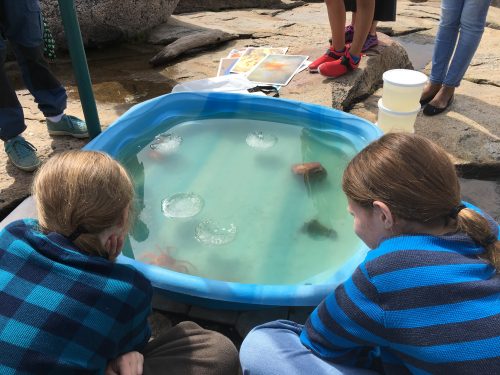 At the end they guide asked if we would like to help put everything back in the bucket so the divers could take them back out to the water. We gladly agreed to help and set to work.

We explored the interpretation sites inside. 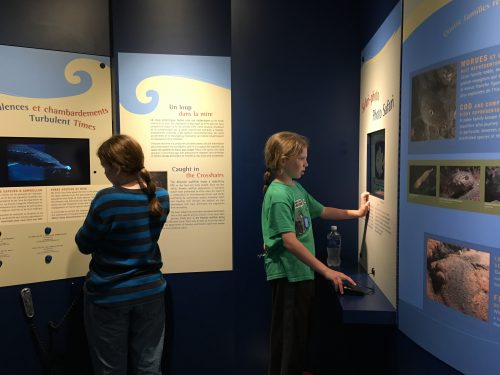 Then took the ferry back to the portion of the park we are staying near. I refused to get out of the car because I was cold! 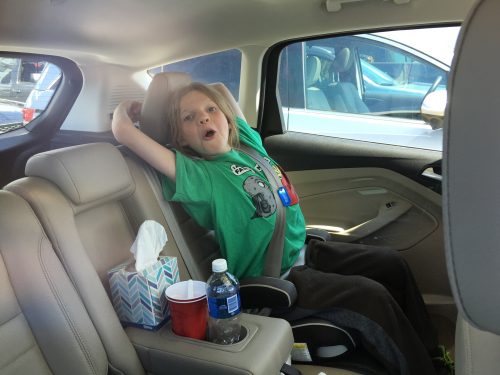 Mom got out because she said it felt weird to be in a car sitting still and yet moving. 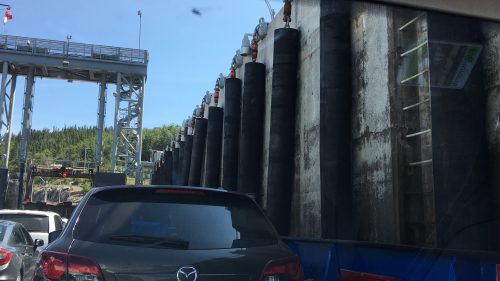 After a quick snack we headed out to a zodiac whale watching trip. We had to dress in these arctic water suits to stay warm and in case we fell in the water. The jackets had built in flotation. BÂ told Mom he felt like the kid from Christmas Story in his snowsuit. I agree totally! My arms had a hard time staying down I was so puffy. 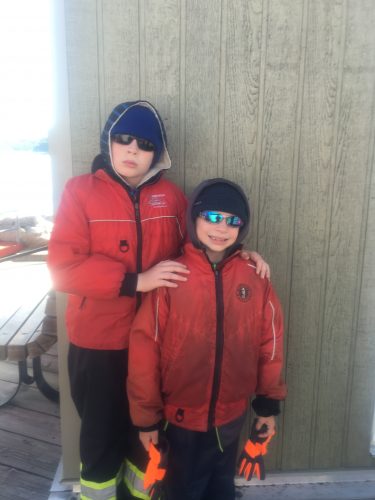 The zodiac held about 50 people. We all had seats and could see as long as people respected sitting down so others could see. 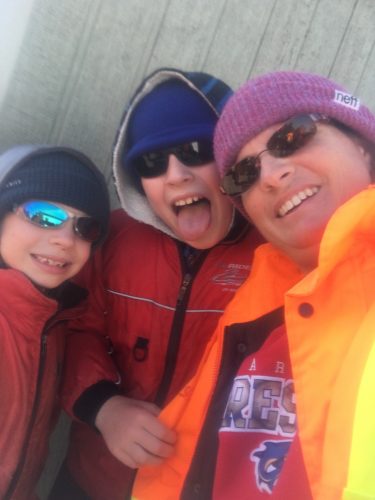 Being cute while explaining to Mom i was HOT.Â 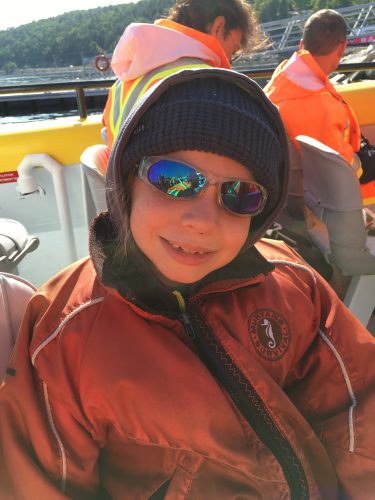 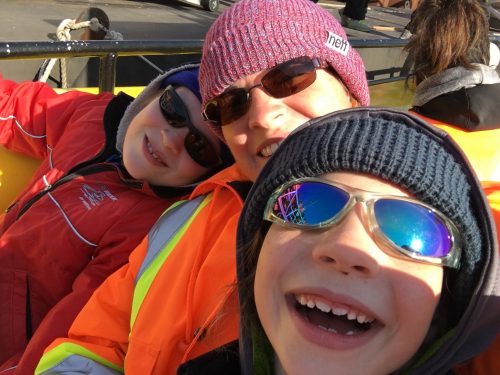 Not being cute while explaining to Mom I was COLD!Â 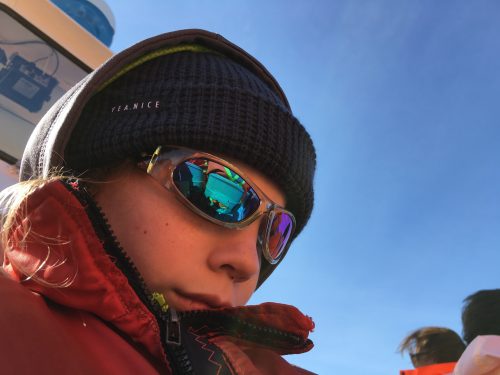 We drove out past the cool lighthouse in water and saw a huge group of grey seals. 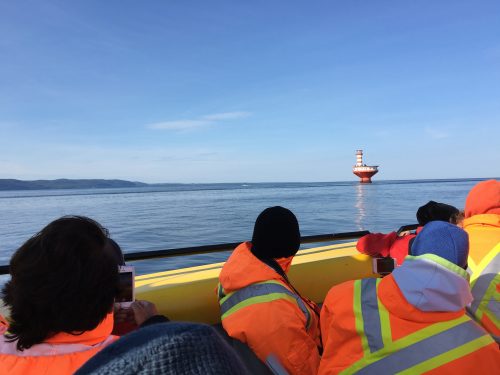 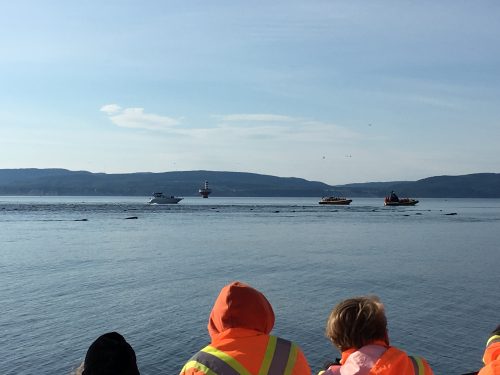 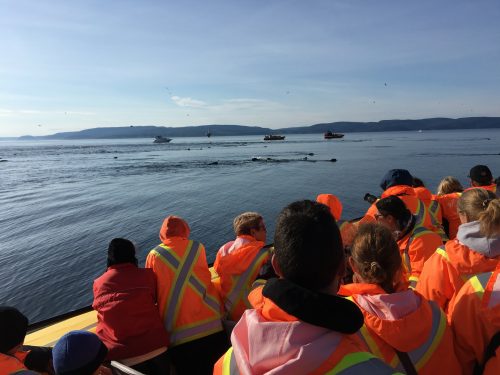 Then some Minkie whales appeared. We had a blast watching them. They do not surface their tails like humpbacks do. But when you see a longer part of their body they are preparing to dive. 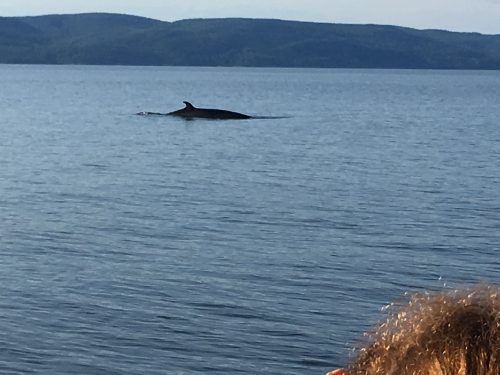 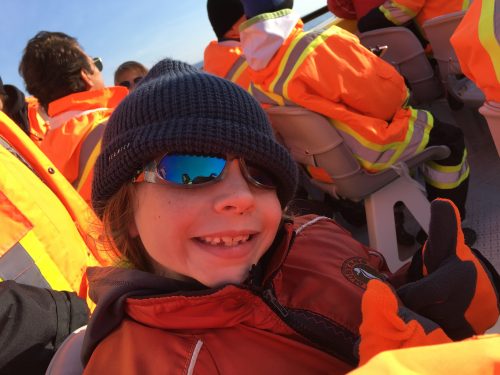 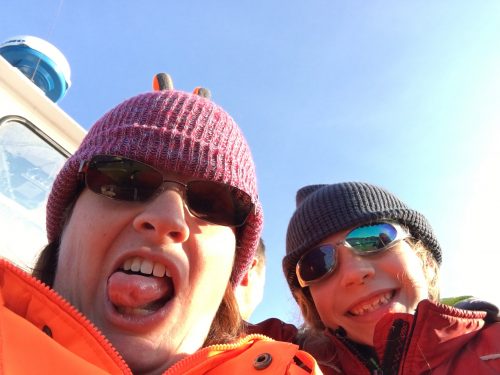 We saw a few finbacks but they were a bit far away to get a good photo. I had a blast.

After the whales we headed up the fjord. We could see where we took the ferry. 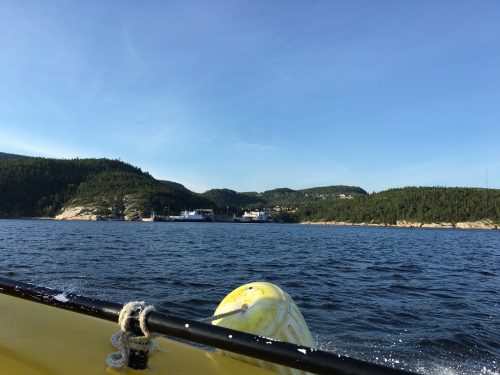 It was so beautiful. The hills were so steep and tree covered. It is amazing that this was all carved by glaciers. 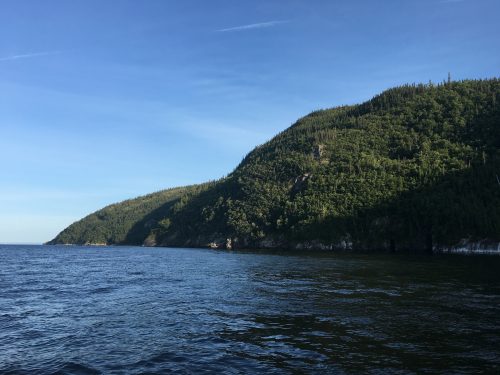 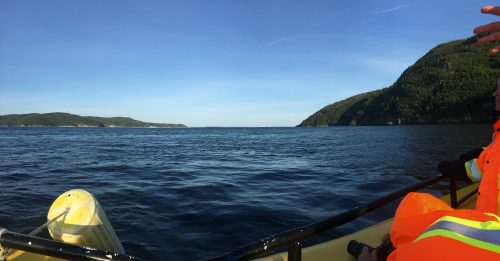