Today we took a day trip to Moncton. We went to Fort Cumberland National Historic Site (Fort Beausejour) just south east of Moncton. It was a neat old fort on the border between Nova Scotia and New Brunswick.

The fort shows the 18th century conflicts between Britain and France. It has two names because of both British and French rule of the fort.

We were enlisted as soldiers and were given uniforms and wooden guns and sent out to explore in our XPlorer books. 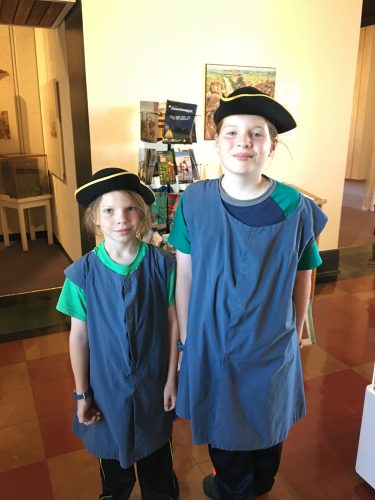 We tried on wooden shoes and had to sneak around silently and try to sneak up on the staff. 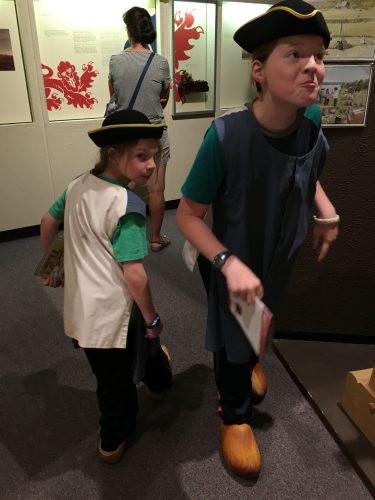 Then we headed outside to guard the fort. We had to find a place to settle into a watch duty. Mom had to sneak up on us. She was unsuccessful. The fort is designed in a star shape so all spots can be seen. 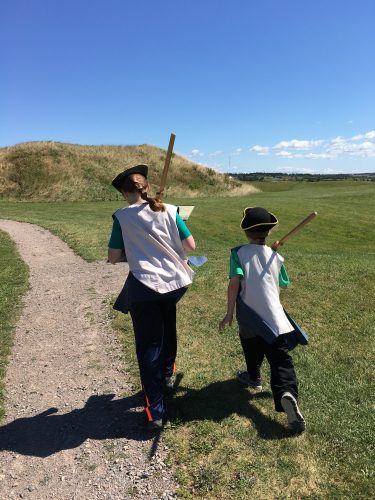 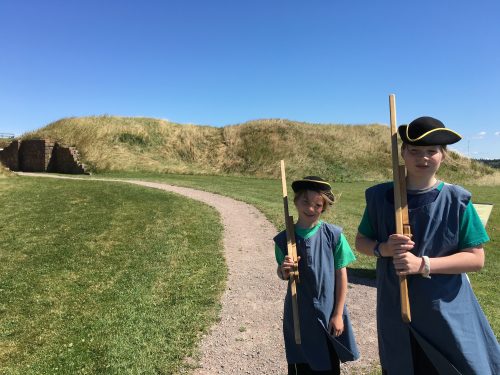 The wooden guns were very cool. You could turn a wooden knob and they would make a loud pop. 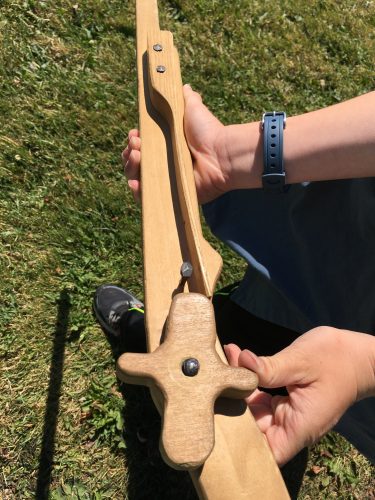 We pretended to guard the fort and fight of enemies. 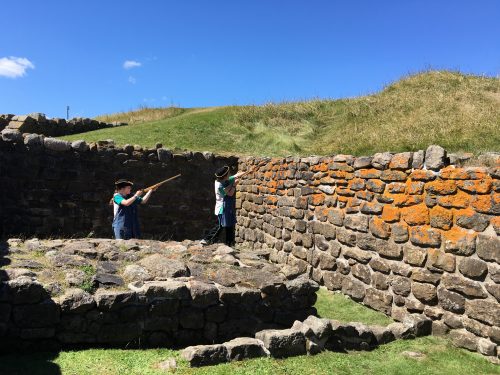 B found red chairs and relaxed while Emmerson (in the far background) played on the berm defending the fort. 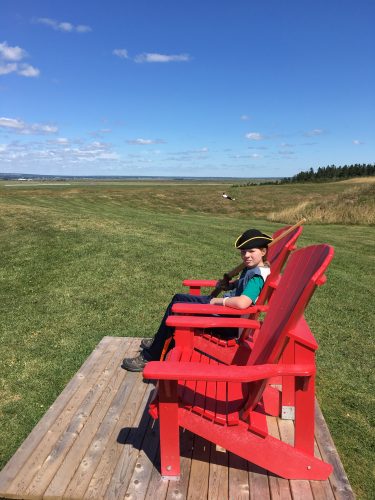 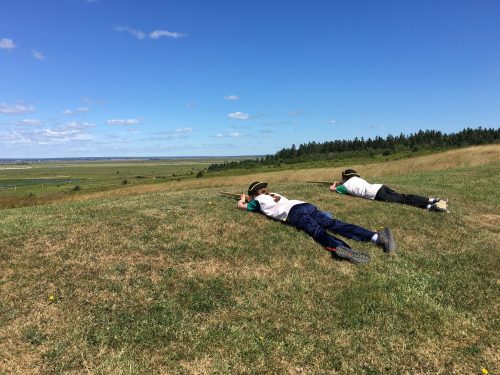 We picked up Dad at the airport after lunch and then headed back to Kouchibuguac.

In the evening we hiked the Beaver Trail. There was a beaver den from the mid 1980s. We were really excited to see it but sadly we could not because the trees had grown over so much. 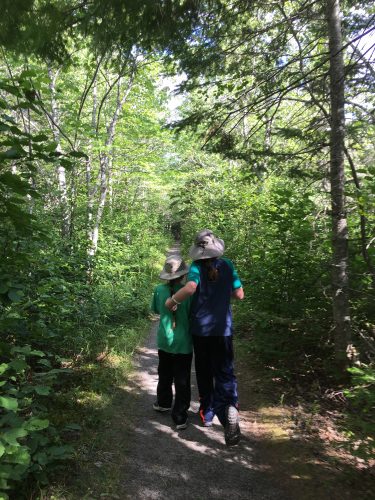 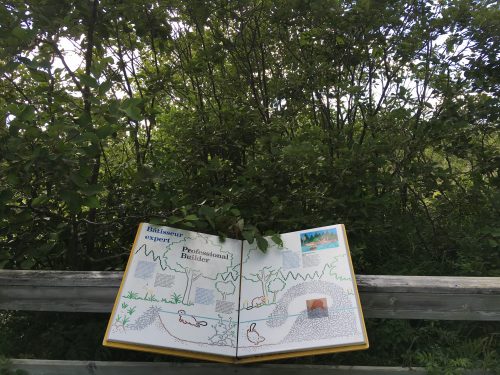 We headed to Kellyâ€™s to have ice cream and walk the boardwalk then B, E and Dad walked the 2km trail back to the campsite while Mom drove the car.