We started the morning at the Norstead Viking Site. It is a non-profit that teaches about the vikings as well. We saw a cool ship, the Snorrie, that was built in Maine and then sailed from Greenland to Lâ€™anse aux Meadows. The trip took 87 days! It was a near perfect replica of a viking ship. 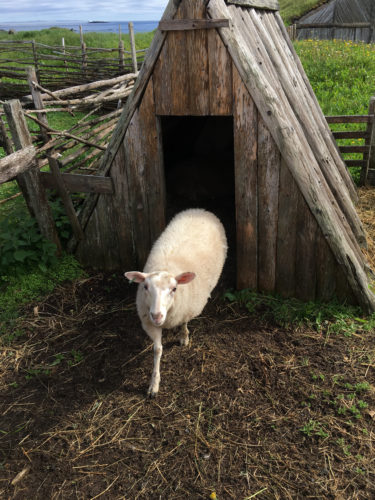 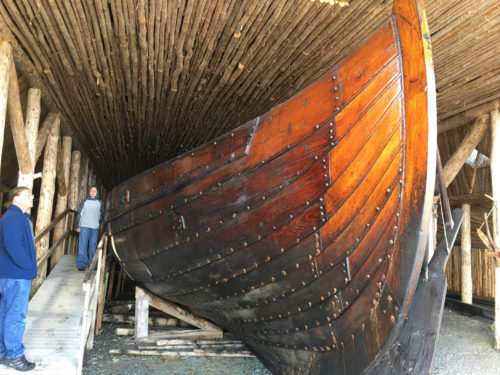 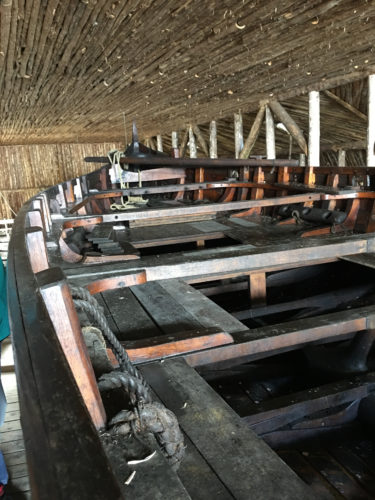 We visited the trading post and exchanged some of our pressed metal for some cool viking tokens. Mom tried to trade Emmerson for a small bellows but the deal was not taken. 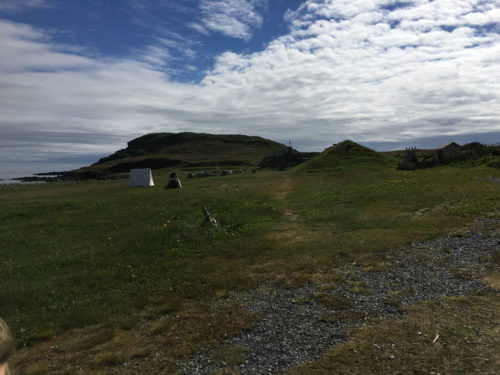 We tried to throw an axe but non of us were very good. 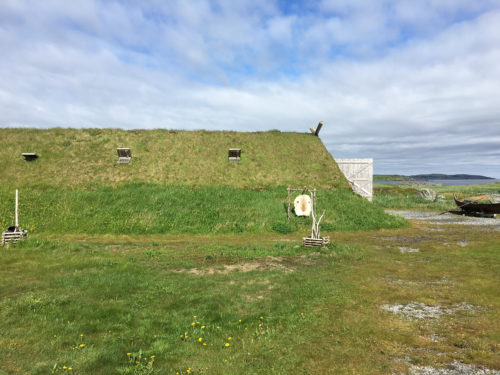 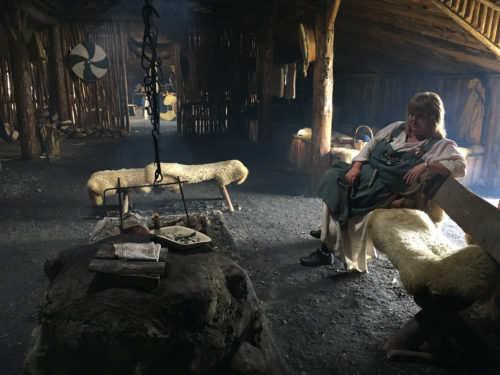 Emmerson and Mom played another game called Nine Man Milles. Emmerson is really good at the game and already has a near unbeatable strategy. 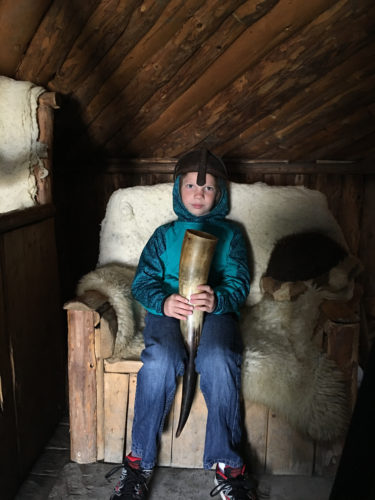 We learned how to play a game called Kubb (pronounce KOO). You throw sticks at wooden pegs. The rules were simple and the game was really fun. I foresee making a set for travels or to play at home with friends at the park. 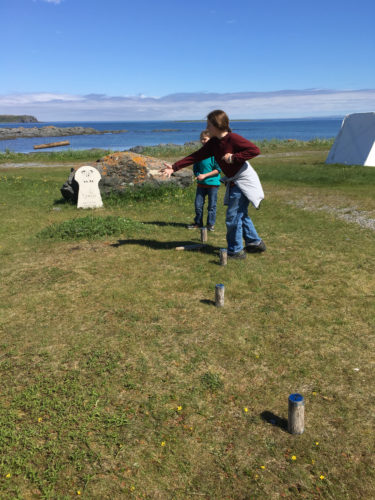 We visited Toraâ€™s house (the viking we met yesterday) and bought wool hats and jams from her daughter Emily! We LOVE our hats and the jam!

We went back to the National Park and celebrated Parks Day. It was the 131st anniversary of Parks Canada. We had hotdogs, punch and marshmallows. 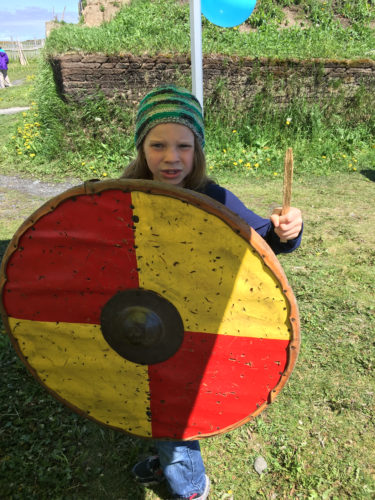 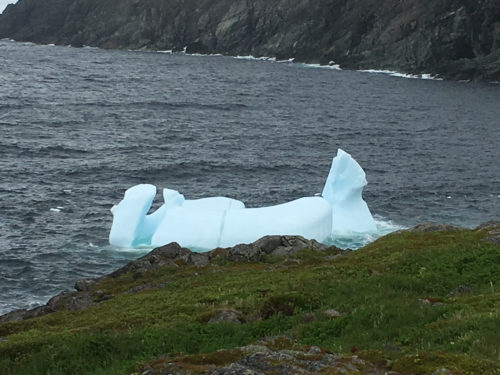 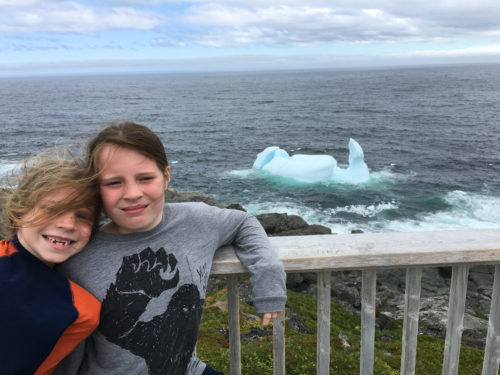 We drove into St. Anthony and hunted for Pokemon. We also hiked an awesome trail around Fishing Point. Dad, Emmerson and Breighton hiked Daredevil Trail up nearly 500 steps to the top of a cliff. Mom stayed at the bottom and was sitting taking photos and a mama and two baby foxes walked right up to her. They hung around and were still near Mom when we got back down. The mom has only three legs and is apparently al local legend. 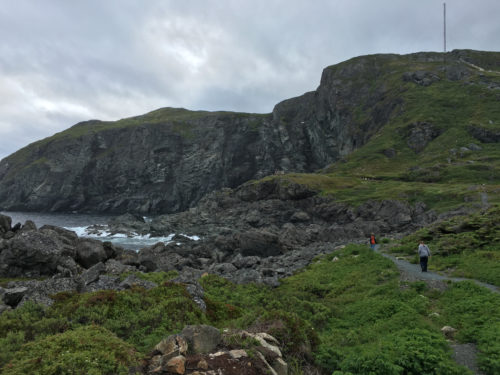 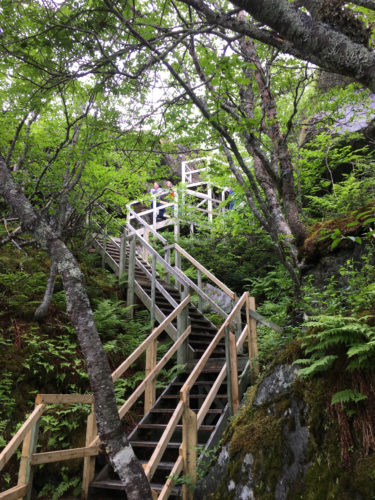 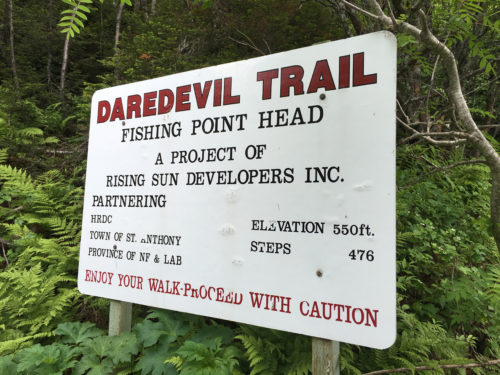 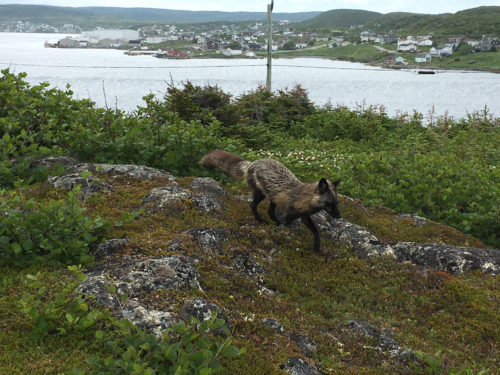 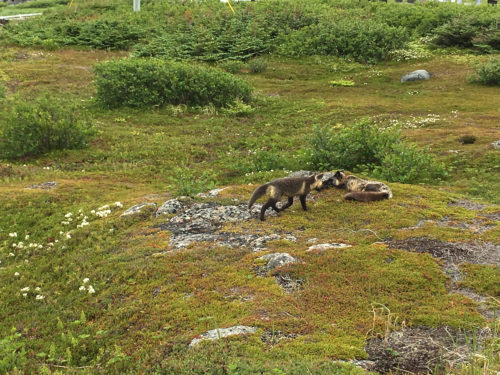 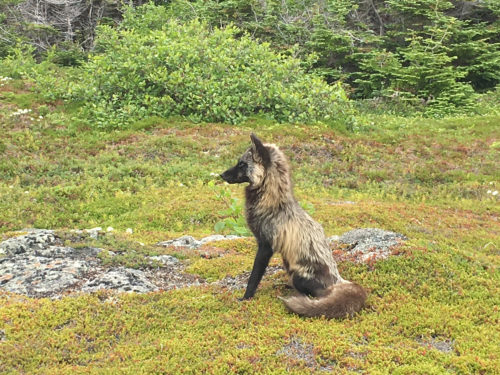 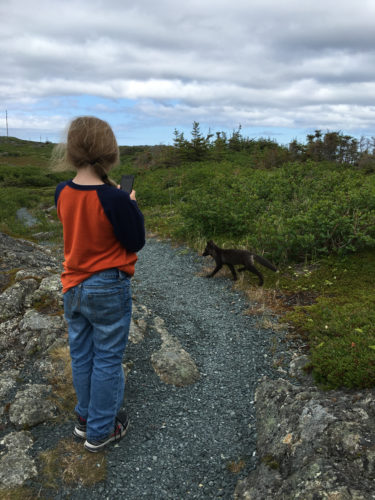 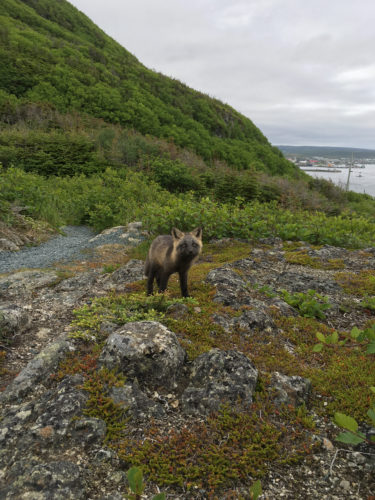 We stopped at Tim Hortons for the local Iceberg Donut. It is the only Tim Hortons that sells it and only for a month a year! We had two! 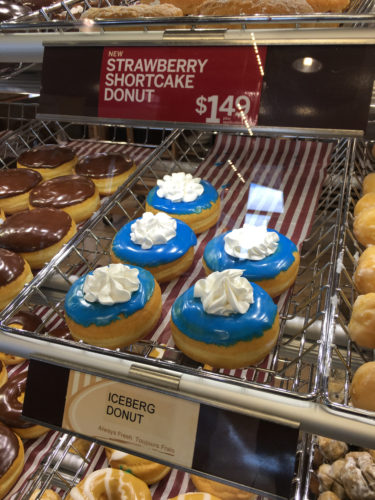 In the evening we came back again for a program called Sagas and Shadows. We heard some of the sagas and tales of Eric the Red and Leif Ericson. It was a fun evening in the sod longhouse with the vikings. 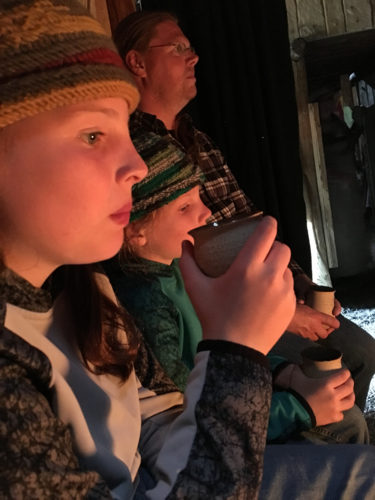