Today we were up and out to a Tide Pool hike. We ran into our new friend and we had a great time exploring the tide pools. I think the parents were all nervous to let us explore the outer slippery rocks but you have to get wet and slimy to find the best stuff! After some negotiating the parents got us back to less slippery rocks but we still all had wet feet and pants!

We found some really cool critters: sea urchins, green crab, crab worms, chiton, clam worms, sea stars, hermit crabs, snails and a few more things. We found the most of the group but we were willing to get down and dirty to find critters. 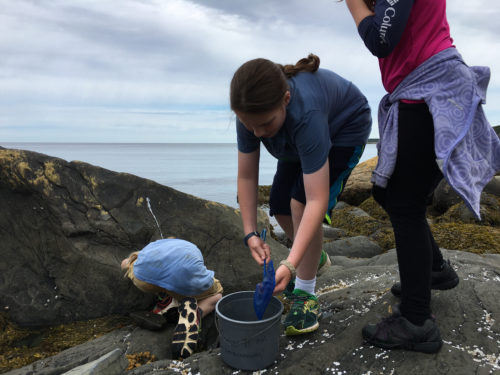 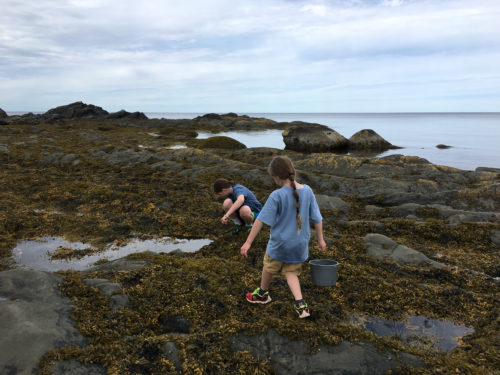 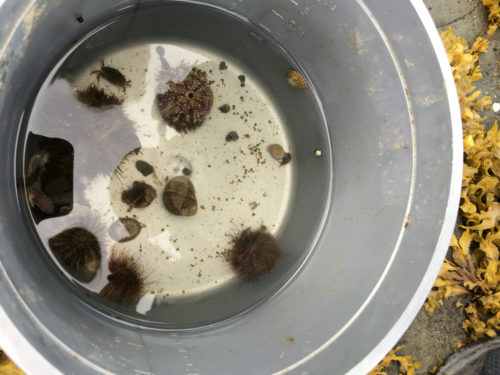 We hiked down the beach a ways and saw a really spectacular two story driftwood house that the local youth build. It has been washed away a few times and this is the 3rd structure. We played around and added our names and a few new pieces to the structure. 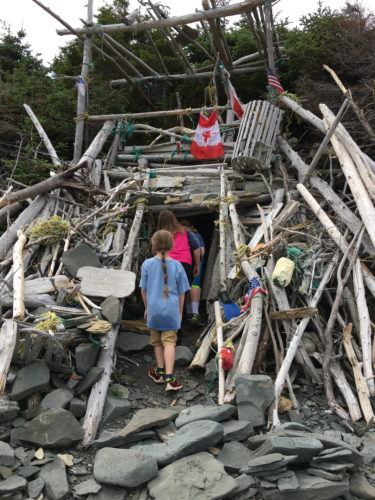 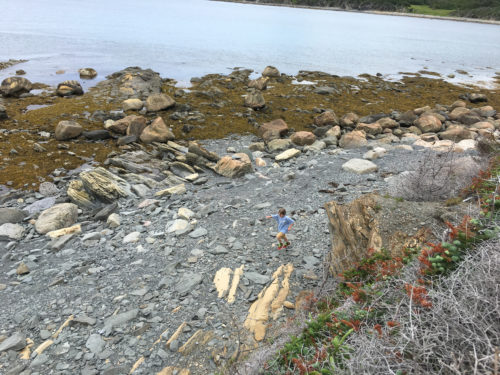 This was another stop. This is the remains of the S.S. Ethie that ran ashore over a hundred years ago! It is impressive that the remains still are here. 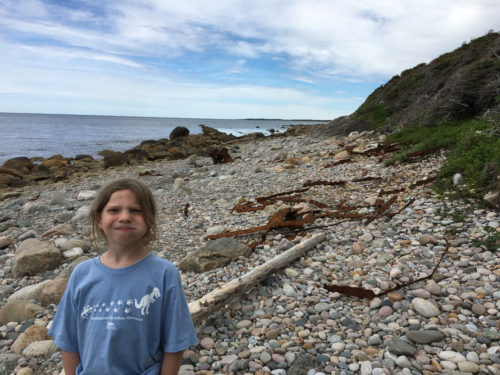 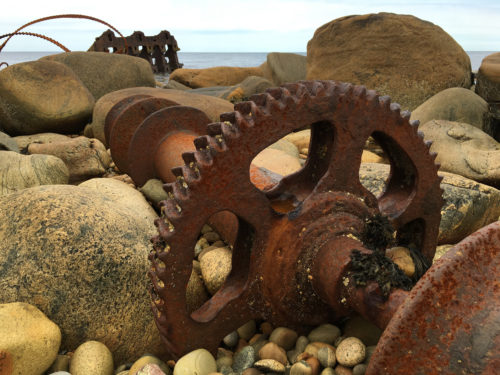 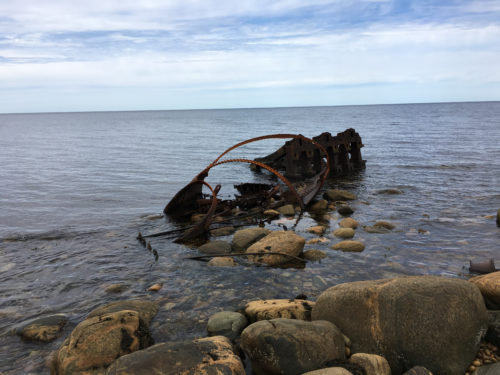 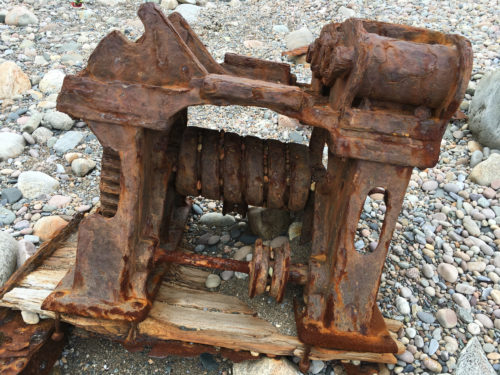 Next we headed up to Broom Point and did a tour called Of Fish and Family. We learned about the family that fished there for over 30 years. We saw their residence and fishing shed. We learned about how they processed cod with salt and dried it in the sun for up to a month. It was a long complex process to preserve the cod. When a road was built they were able to sell directly to the marketers without having to preserve the fish.

We learned about the collapse of the cod fishing industry in the early 1990s and how that effected the livelihoods of the fisherman. The trollers, from Canada and many other countries, overfished the cod causing a massive collapse in the stock. Their dragging nets also destroyed reefs and habitat for many animals.Â  It is extremely regulated now and they are hoping in 10-20 more years the cod industry will again be fishable in the area. 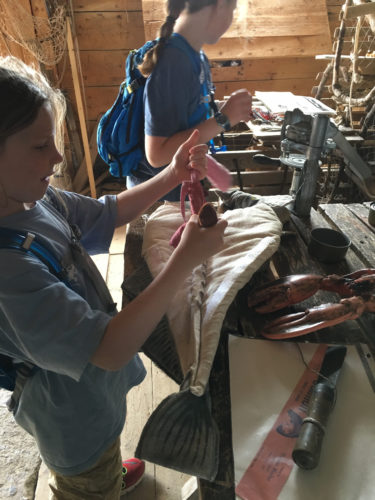 These are capelin drying out. Apparently people EAT these! ICK! 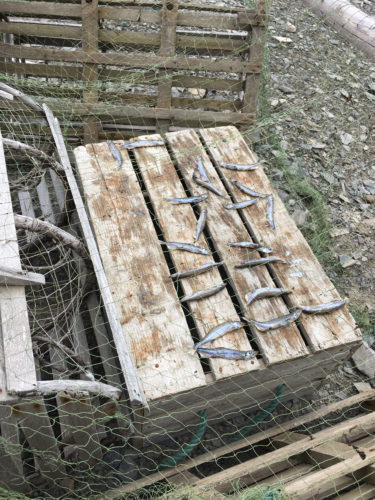 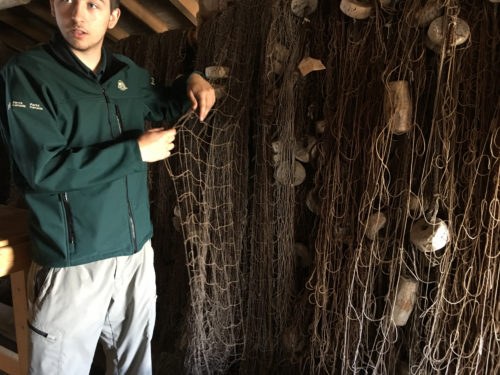 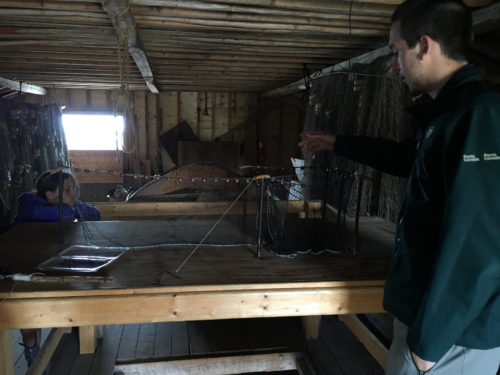 We visited the playground in town before dinner and met our friend again. We had some adventures and played games until it was time for us all to go home for dinner. It is really nice to meet a kindred spirit along the road and to have a friend. We plan to keep in touch via email!

Oh, we area really into sea chanties right now. We are all walking about singing â€œWhat do you do with a drunken sailor?â€ We are listening non stop to a band called Great Big Sea!