I saw snow last year but i was only 10 months old so I really don’t remember it. I was SO excited while driving into town when I looked out the window… “SOOOOOOOOOOO” (snow in Emmerson speak). I was chanting over and over SOOOO SOOOOO SOOOO! We stayed in a hotel because the roads were bad and the house had no power. After a good nights sleep and a yummy peanut butter on waffle breakfast, we went to play outside. Before we went out I just stood at the hotel window giggling and growing with excitement.

Playing in the snow at the hotel. I was NOT happy! Mommy had carried me to a clear spot and set me down. I felt trapped! 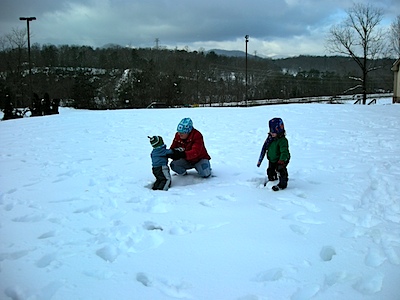 I wanted UP and NOW! 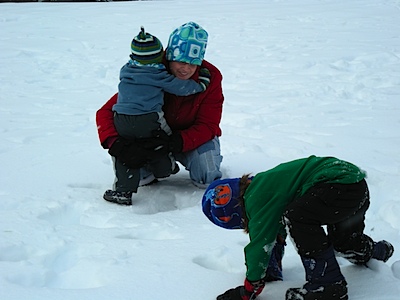 We got cleaned up and headed out to Grandma and Grandpa’s new house. We were able to make it in, finally! After the cars were unloaded and we had a quick lunch Mommy got us dressed again and sent us outside to play. I liked this much better because we were on the porch and there were plenty of covered areas that I could walk on without being IN the snow. I loved filling my bucket with snow and dumping it back out. I giggled at the silly snowman Mommy made. The snow wasn’t quite right for snowmen but Mommy did her best. 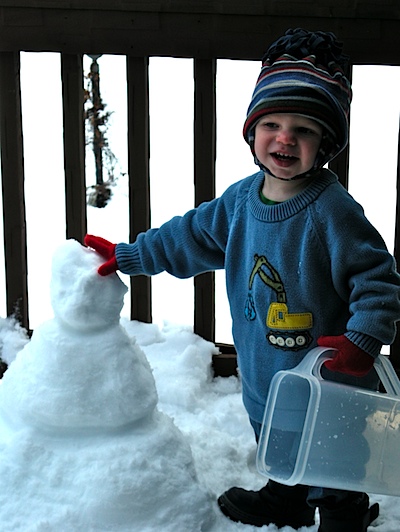 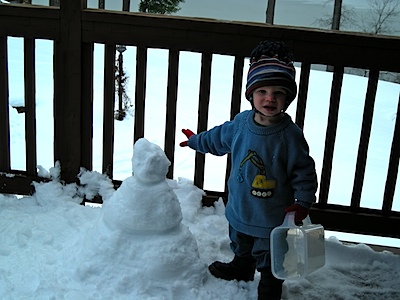 This is MUCH better. 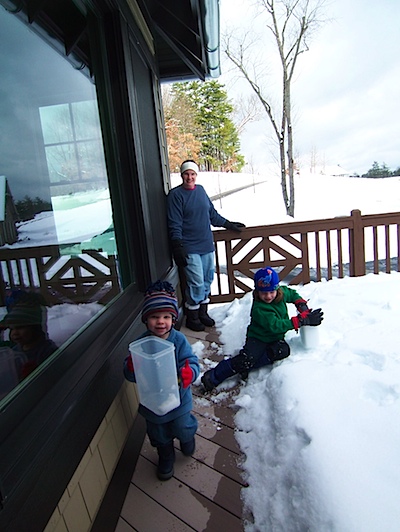 I was go happy and giggly to be where just where I am! 🙂 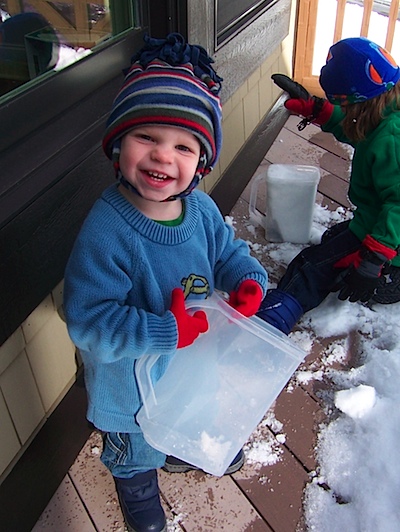 Is there anything cuter than ME! 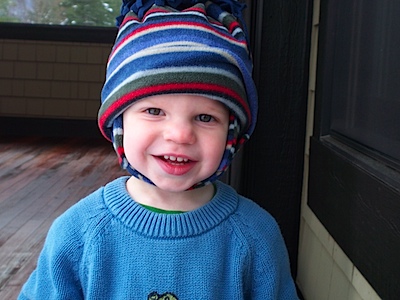 Breighton was egging me on to smash the head of the snowman. 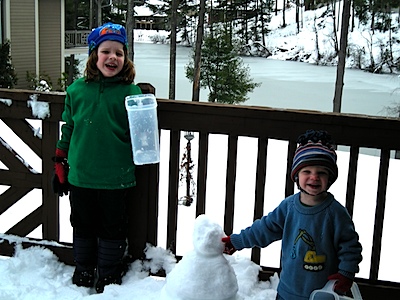 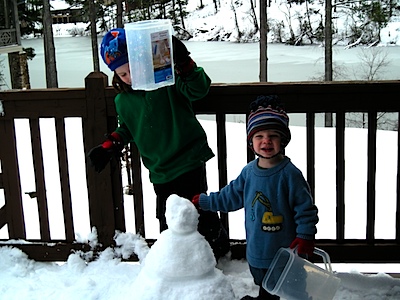 So I swung my arm back and smacked the snowmans head off. I was sad! Mommy made BReighton fix it since he was the root cause! 🙂 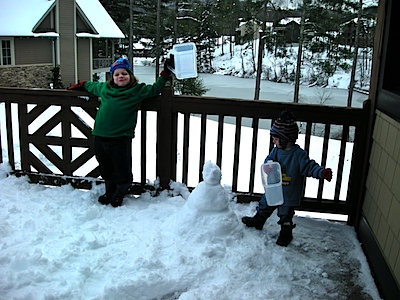 The view out the back porch. The lake is icy but not frozen over. 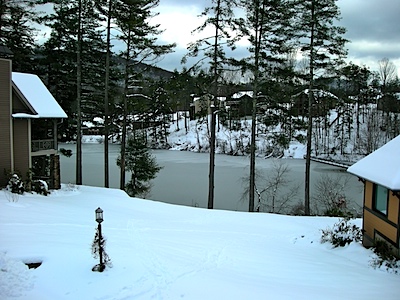 The street and neighbors drive. 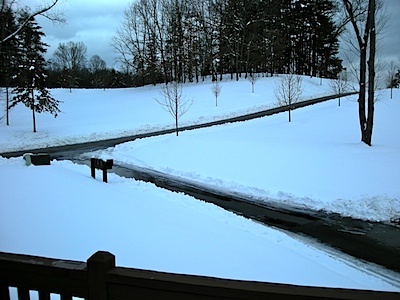 Mommy made a new snowman. He looks much better. He is carved rather than rolled. 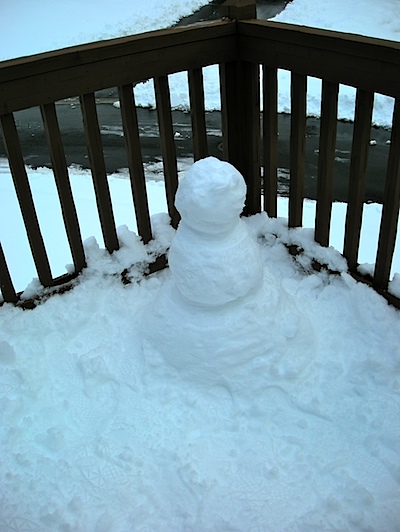 There is a little walkway that goes over the lake. We may go explore later! 🙂 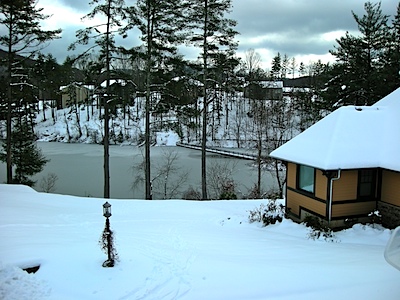 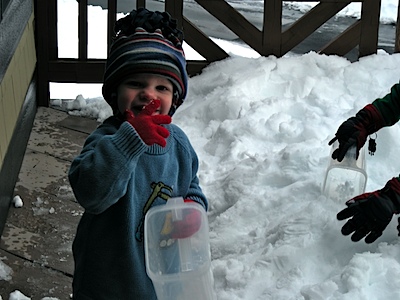 Having so much fun! 🙂 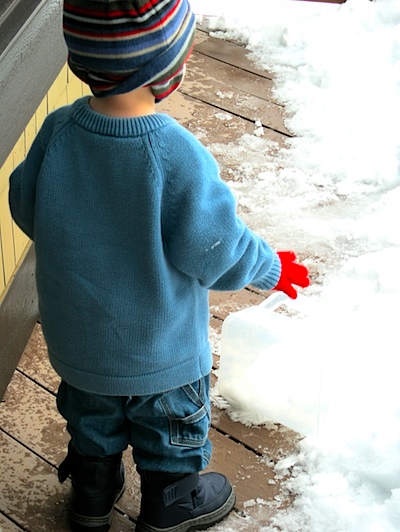