This has been a week of being dragged around to playground after playground for Breighton to burn off that crazy toddler energy that he has.

This is Ethan’s little brother, Lucas, chilling with me while the big kids were off playing a violent game of “pirate”!

I wish I could hang out with Lucas more when we both get bigger but he is moving soon! I will miss him! 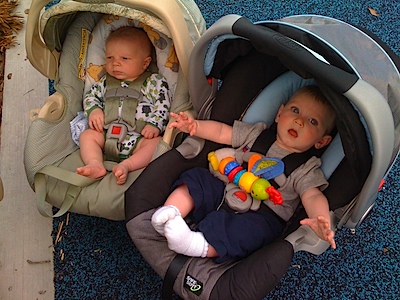 Again, me chilling while Breighton was off playing on the playground. 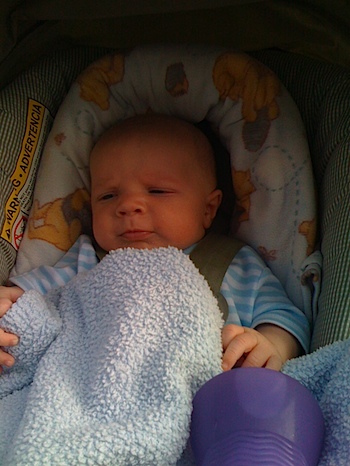 Breighton checking in on me and stopping for a sippy cup break. 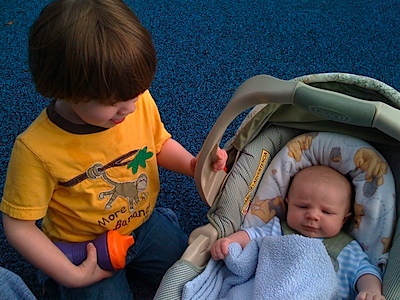 Look how well I am chunking up! Chubby chubby baby! 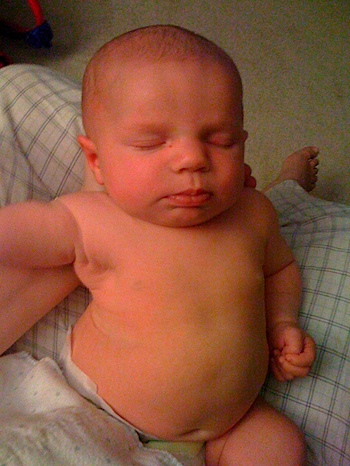 Tonight, at the playground AGAIN, I met Breighton’s new friend Sammy. She really thought I was the bee’s knees. 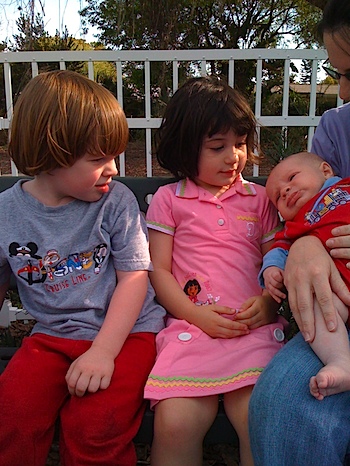