We arrived in one piece at Devil’s Tower after a near miss with a young bull moose who thought it would be fun to charge at our truck when we were going 60mph. Thankfully he changed his mind at the last second and turned away. PHEW!

The campground we stayed at was the Devil’s Tower KOA right in the shadow of the tower itself. The campground is actually the filing sight from the sic-fi movie Close Encounters of the Third Kind.Â 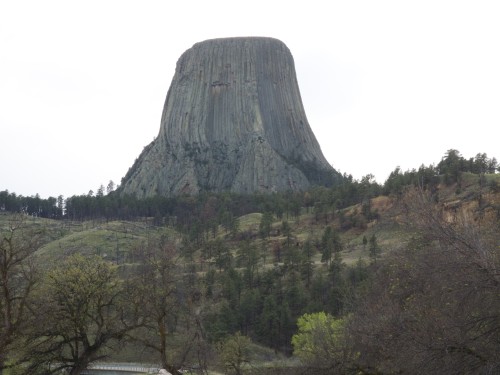 The campground had an amazing playground near our campsite. B and I spent every free moment climbing, swinging and being lost in our imaginations. 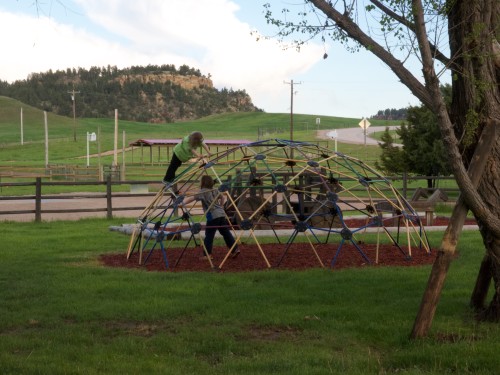 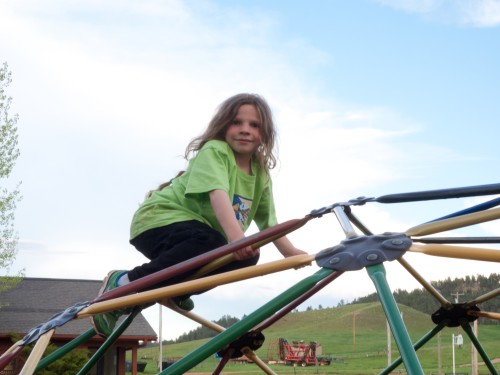 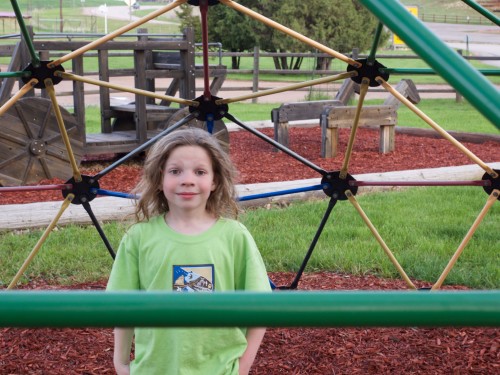 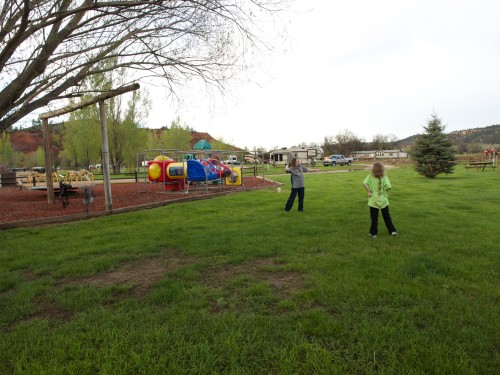 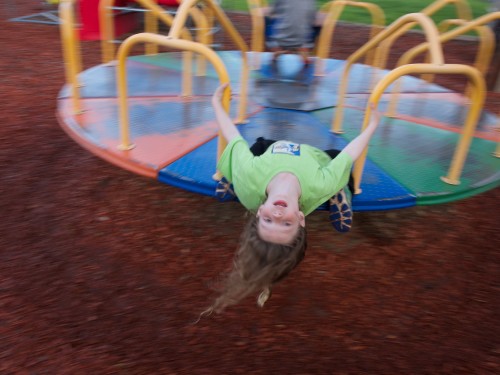 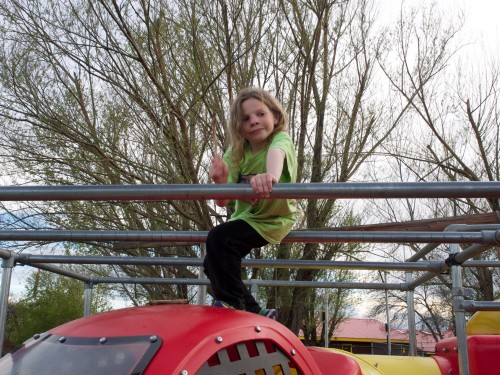 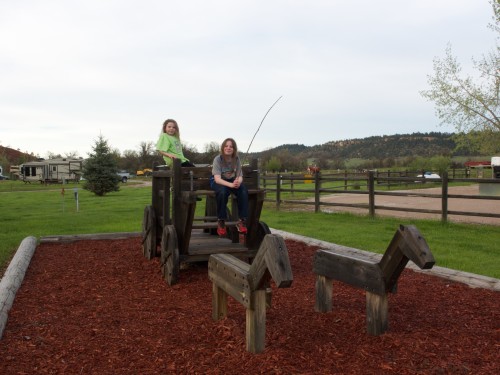 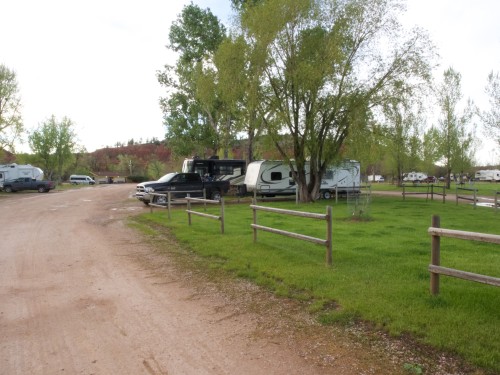 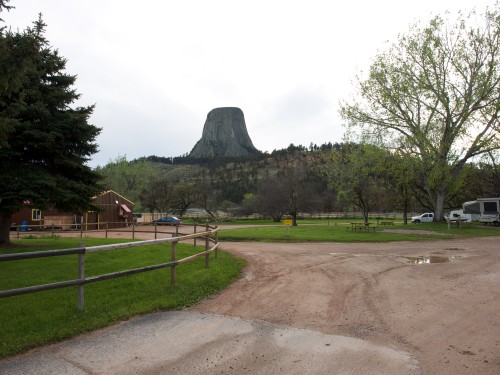 We drove up to check out the Prairie Dog Town at the base of the tower. 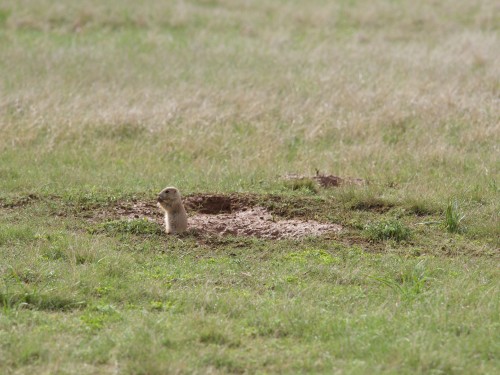 There were thousands of them. Many had little litters of pups! 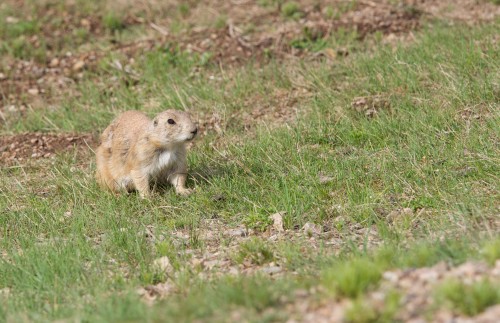 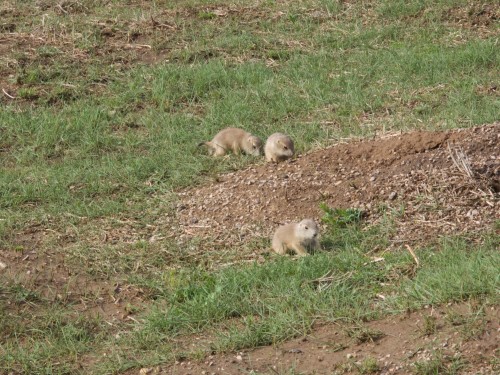 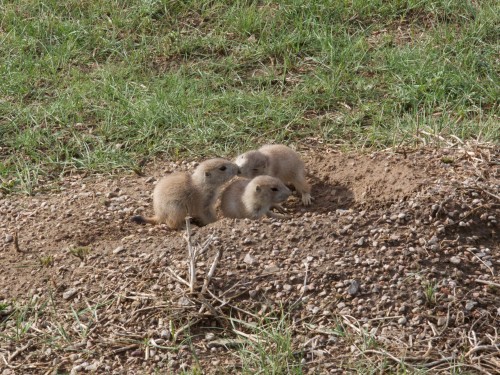 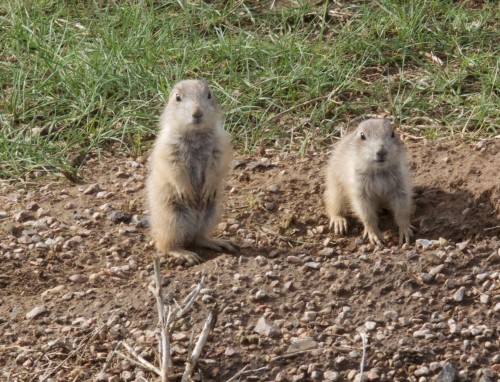 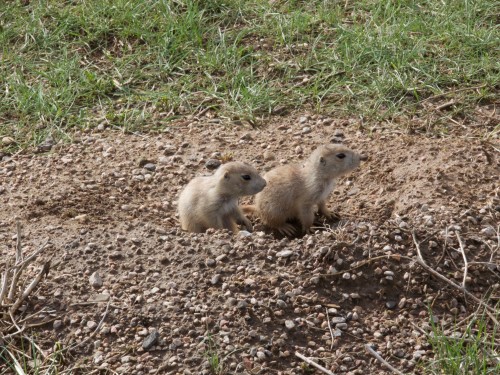 The fields were just packed with prairie dogs! 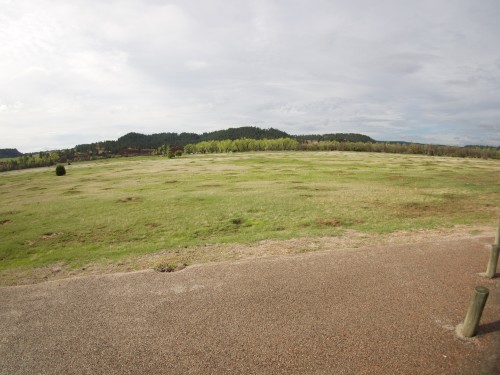 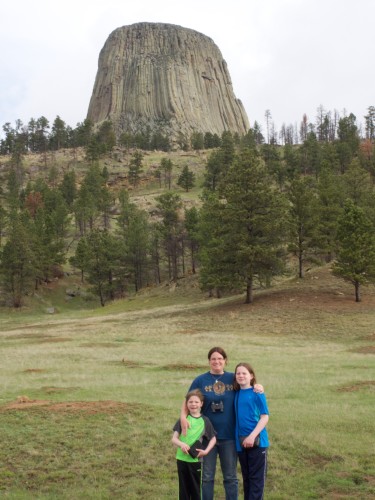 We took a guided hike around the base of the tower and learned about the historical and cultural significance.Â 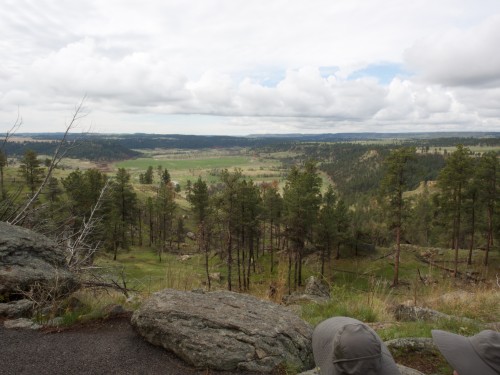 There are multiple ideas of how the tower was formed but they all seem to involve this being some sort of lava plug from an old volcano. If you look carefully you can see a few climbers on the face of the tower. 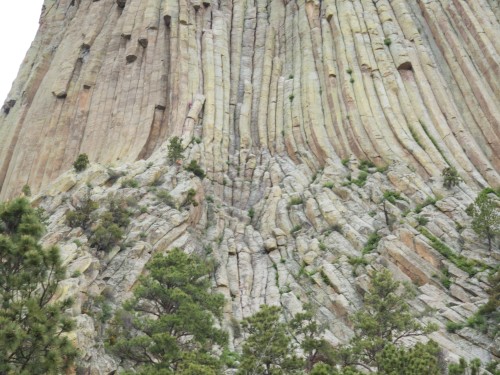 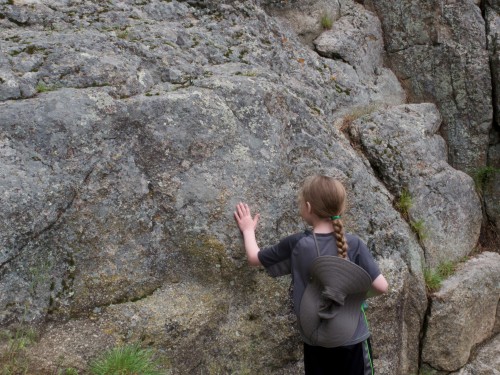 Our guide told us we could rock scramble up to the tree line. I didn’t want to go but then decided it looked fun.Â 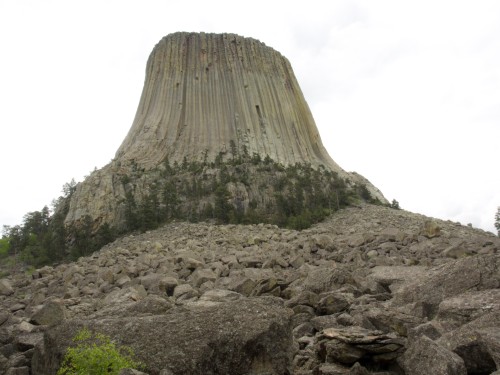 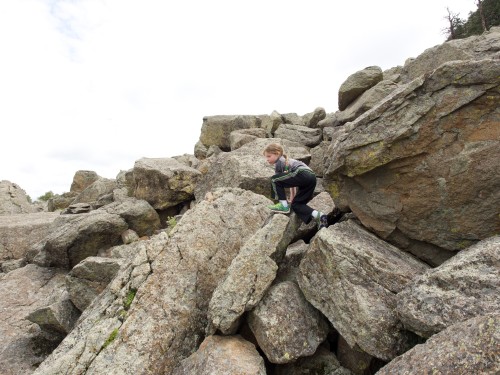 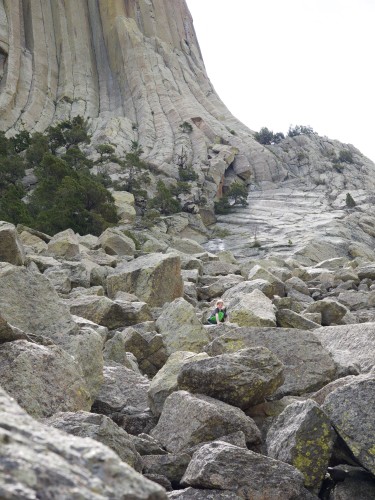 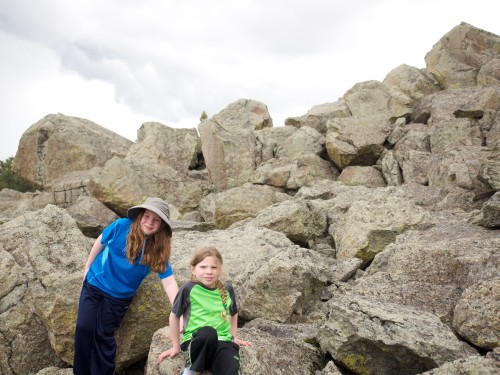 We successfully made it up and down! 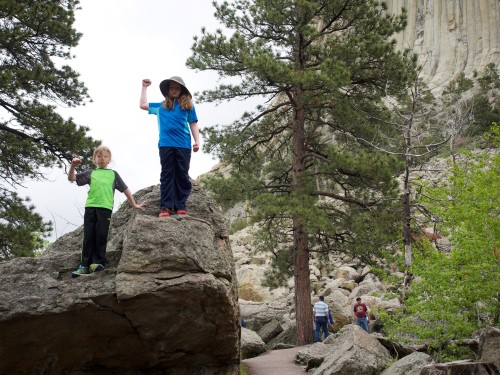 A few more prairie dogs before a storm rolled in. 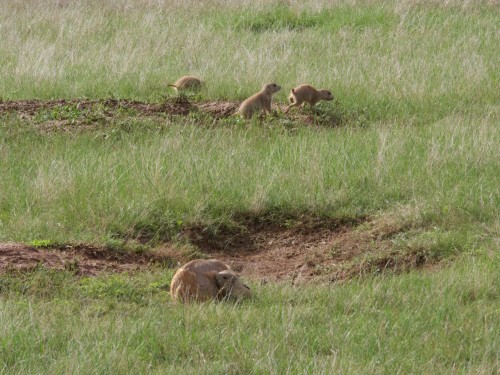 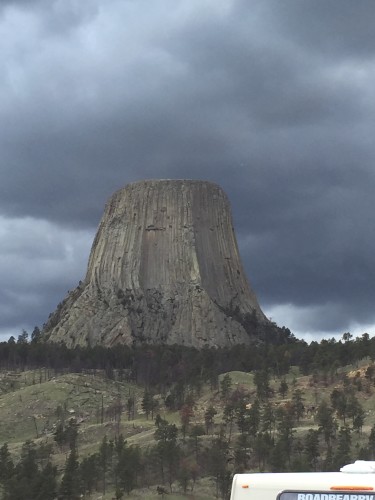 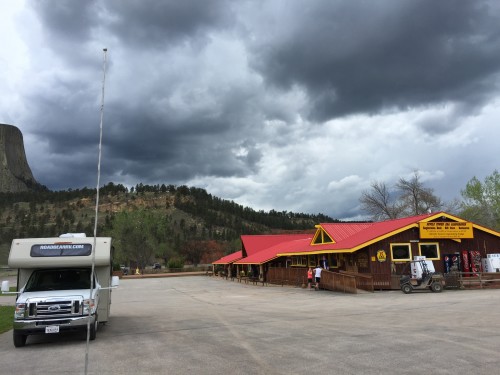 We did stop for our Jr Ranger badges. Then we headed out to dinner to celebrate Mom’s 40th birthday! 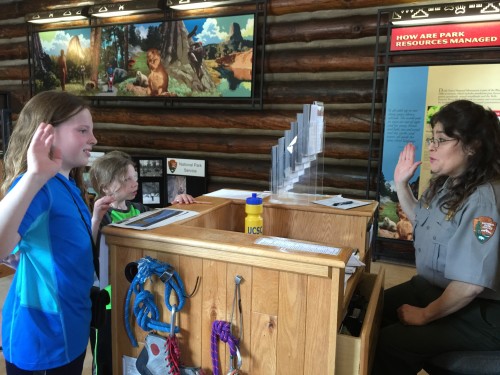