We got into Monterey in the evening and walked along Cannery Row. We stopped at the Chart House for LAVA CAKE. I have been obsessed with lava cake lately and we finally found the best lava cake. It was fresh made (took 30 min to make), topped with vanilla ice cream, covered in homemade hot fudge and then sprinkled with Heath bar crunched up. I ate almost the entire thing! 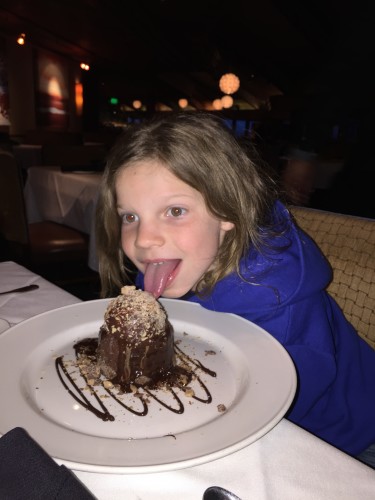 We wandered down towards the aquarium and looked into windows. 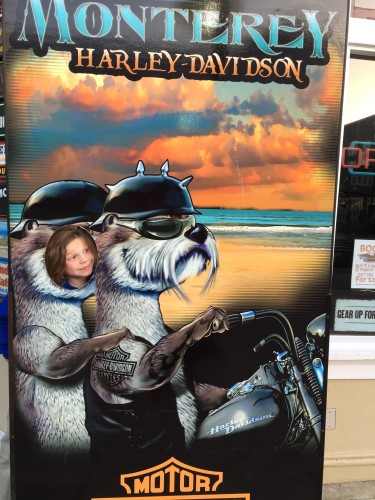 We are only a few blocks away on foot so it will be an easy walk in the morning from the hotel. 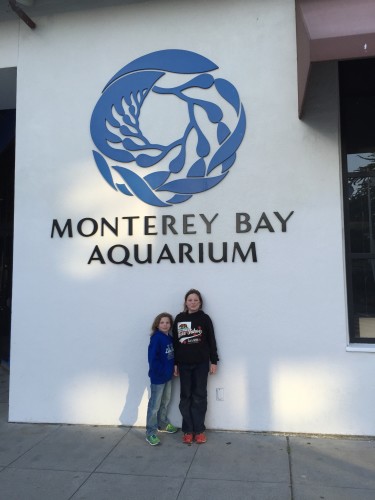 We looked out at the Pacific Ocean from the overlooks near the hotel. 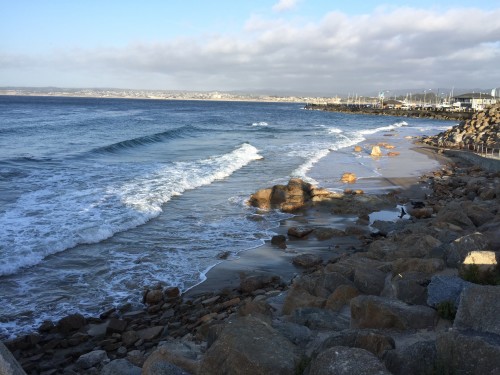 We called it a night and were up early for breakfast and then some walking before the aquarium opened at 10am. Before it opened we saw a beach covered in rocks and on closer inspection we saw that it was covered in harbor seals! 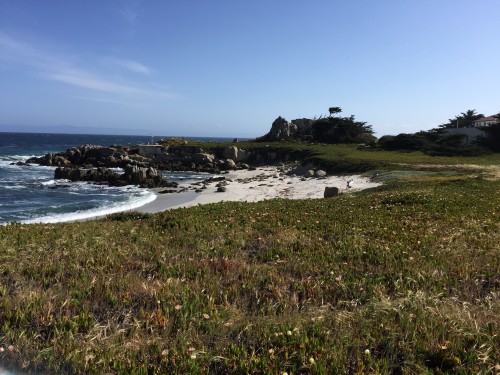 We got into the aquarium shortly afterwards and Mom talked to a few people at customer serve and managed to get us a private behind the scenes peak into the jellyfish store room. This is were the back access to all the display tanks is located. They also have lots of extra jelly fish in case some die, they are really hard to keep alive.Â 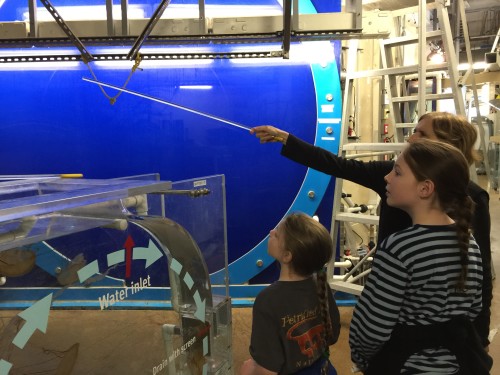 These ones were only in the back room and none of the species were on display. 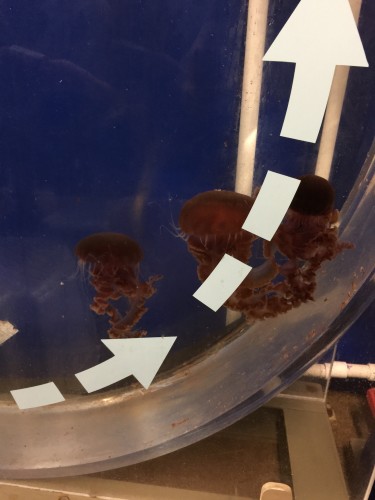 We got to see the moon jelly breading tank. This was very neat.Â 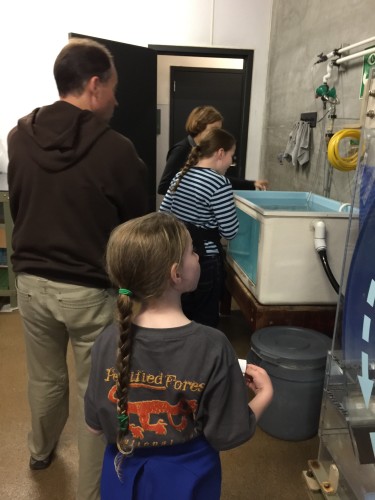 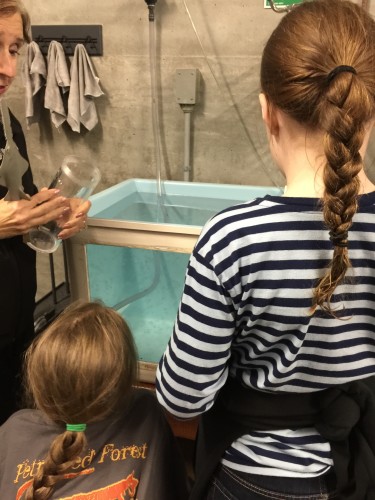 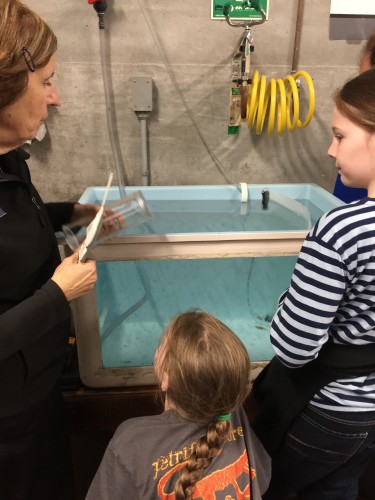 After our AWESOME sneak peak we explored the jellyfish from the guest side.Â 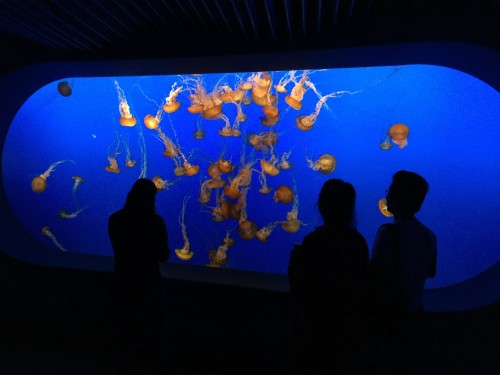 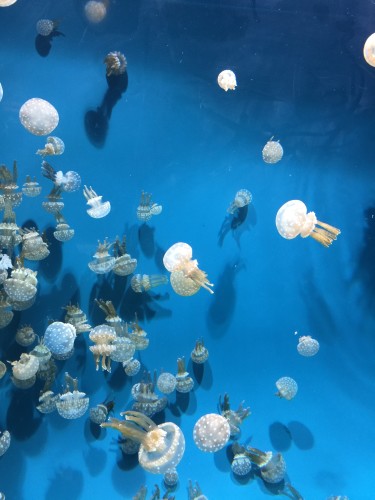 The jellyfish were so amazing. They have a special designer who makes the tanks and I think they did a great job.

The sardines were amazing when they were in their school zipping around. Â We checked out the overlooks and looked for animals outside. 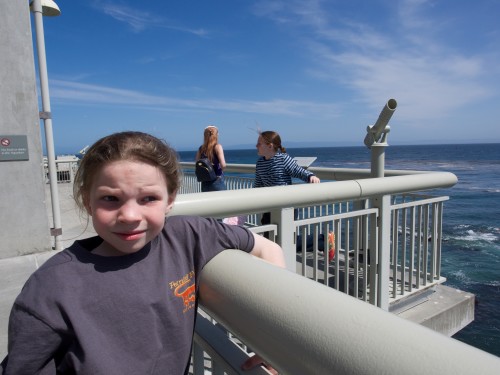 We watched the Open Tank feeding. The tuna in the tank were gigantic! 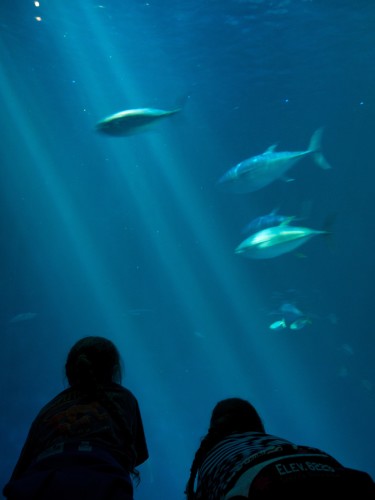 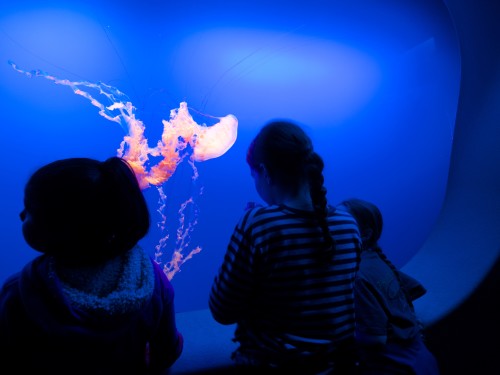 The cuttle fish were still my favorite. I have always loved cuttlefish. 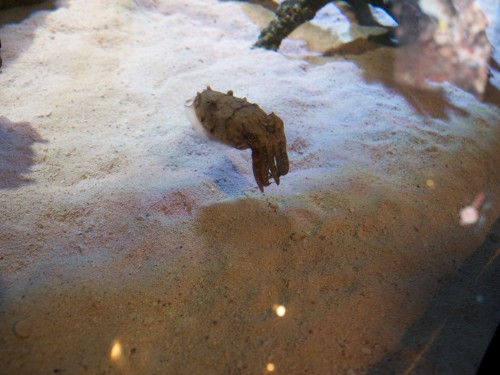 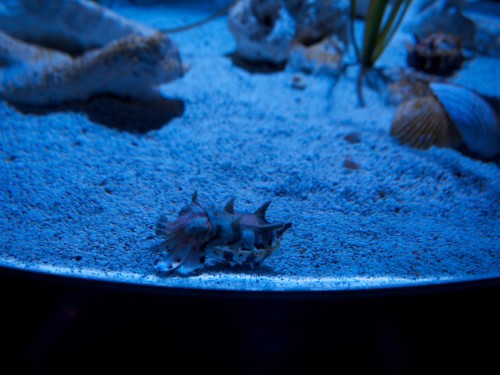 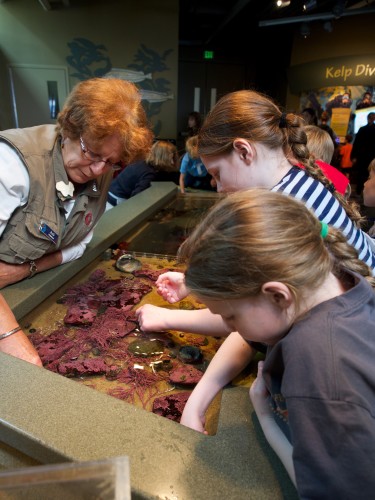 The even had PENGUINS! 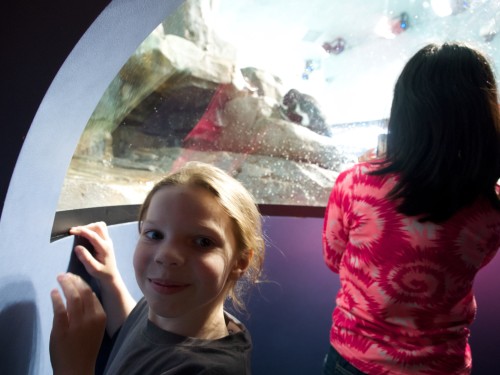 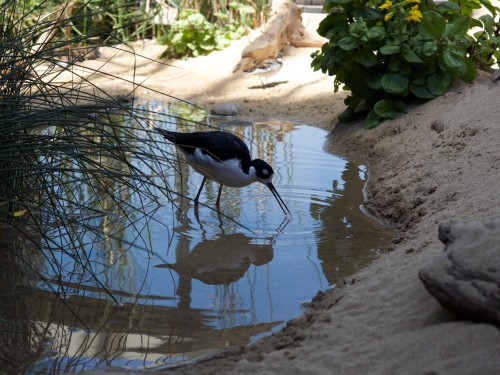 I loved the touch tank. I touched quite a few animals in the tank. 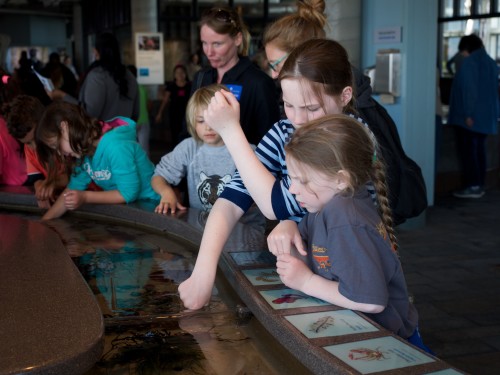 I made friends with the docent and she led me around and showed me lots of cool things. The abalone shell was pretty cool. 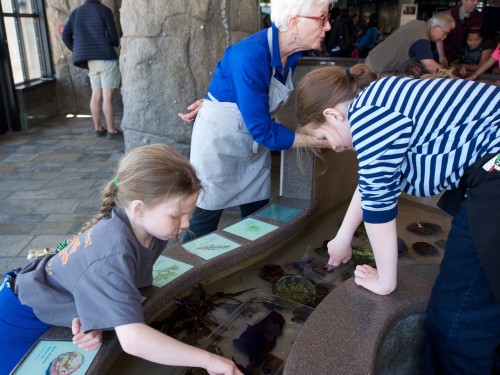