We started our bright and early with a trip to Fort Union. This was not on our planned list but it looked neat so we swung by to check it out. We worked on our Junior Ranger books as we toured the fort. Fort Union was a huge distribution hub for other forts in the area. The building were bade of brick and adobe. Many of the walls were spared due to the protest of one woman who had been there as a child. 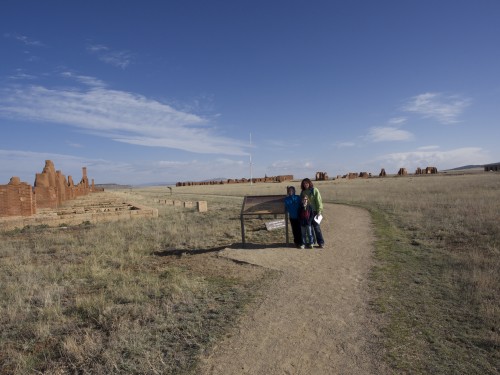 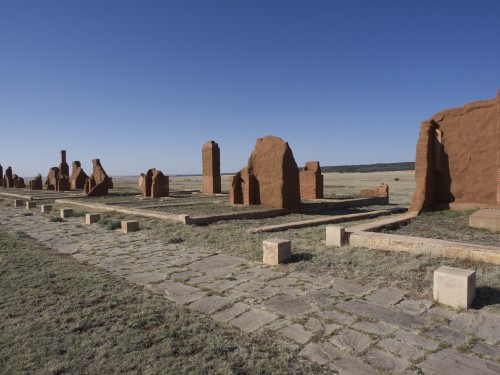 I liked learning about the different areas and how the fort grew and changed over time. 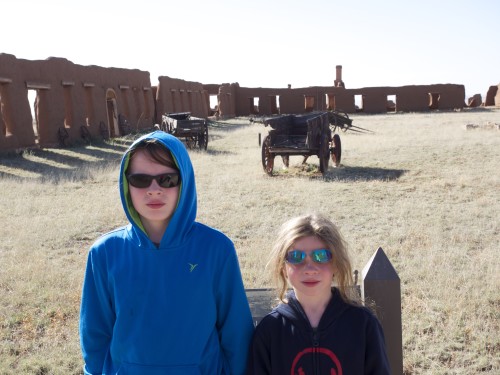 We earned a Junior Ranger badge at Fort Union. 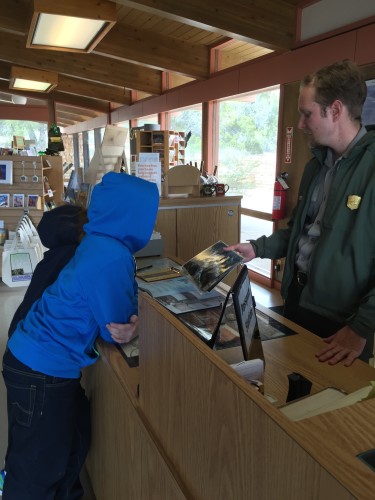 Next we drove to Capulin Volcano. We hiked down into the crater and ate lunch on the way. I refused to eat because I was too cold. 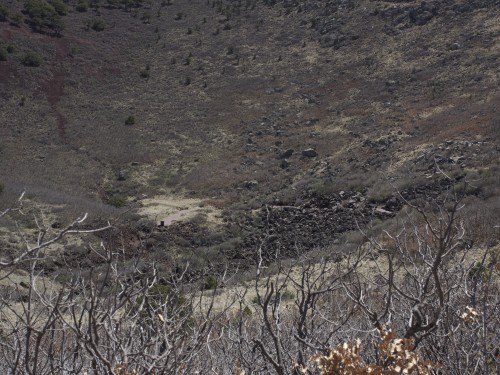 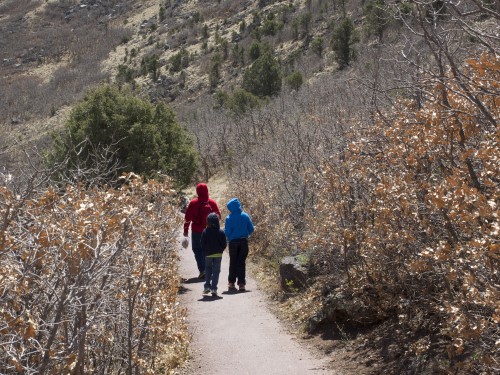 Finally at the bottom and still not eating food. 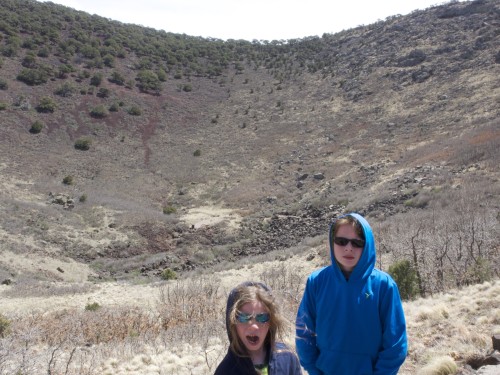 You can’t tell but I am NOT happy in these photos. I was cold and hungry. 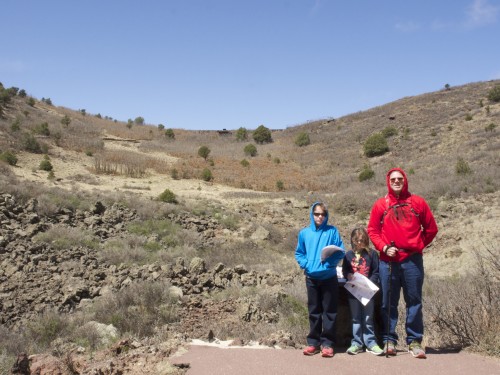 We hiked out and I found a sun warmed wall and finally ate my lunch and warmed up a bit. The temperatures were in the mid 30s and it was breezy. 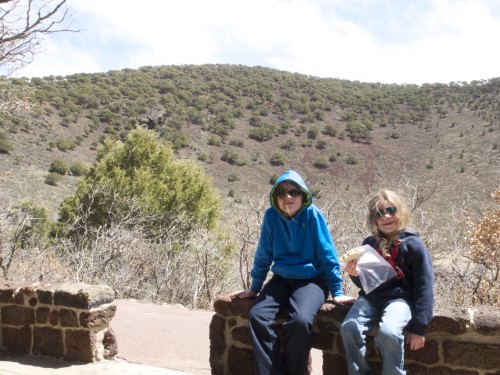 We opted to hike the rim trail to see around the volcano. We took frequent breaks because the wind was super strong and the temperature was dropping. I discovered that if I laid on the walkway I could warm up like a lizard! 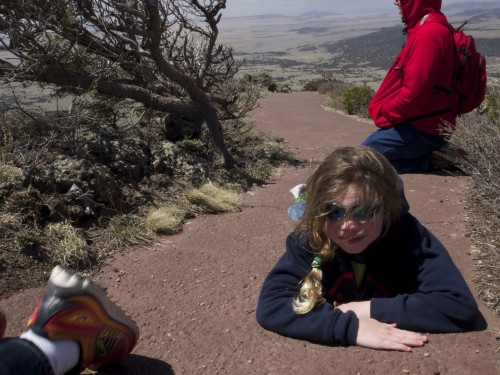 We made it to the half way mark and it was easy going after that. It was amazing how far you could see from the top. Some people claim you can see Kansas, i doubt it! 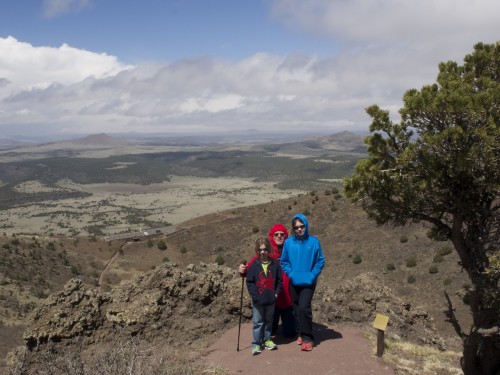 We earned our Junior Ranger badges and a special patch for hiking the rim, I knew Mom had a movie to having us hike in such cold weather! 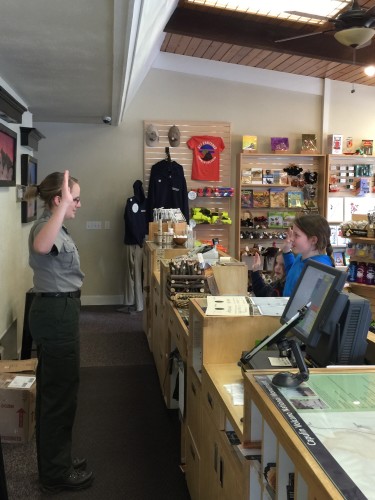 As we were leaving it started to snow. 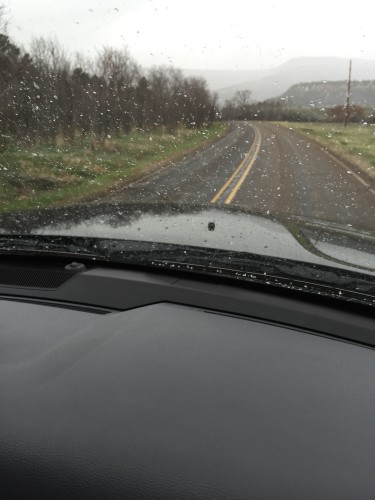 The fields were covered! 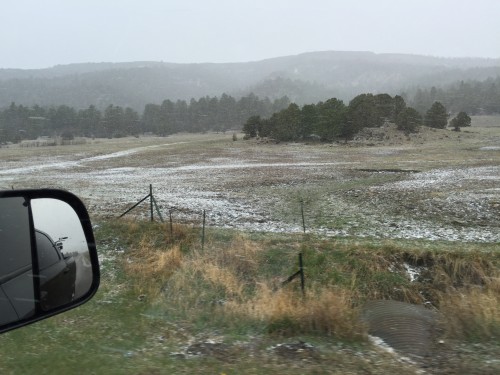 I passed the time with my nose in a book. 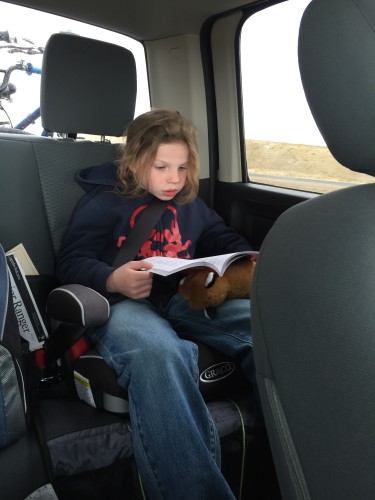 We saw hundreds of wild pronghorn (couldn’t get a photo of them) and mule deer. These are mule deer. 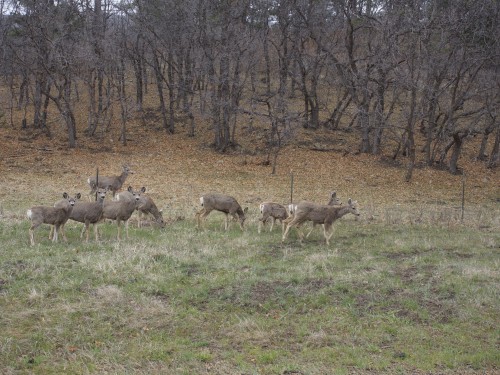 We also stopped at a haunted hotel called St. James Hotel. Many old west gun fights occurred in the saloon and there were still bullet holes in the ceilings.